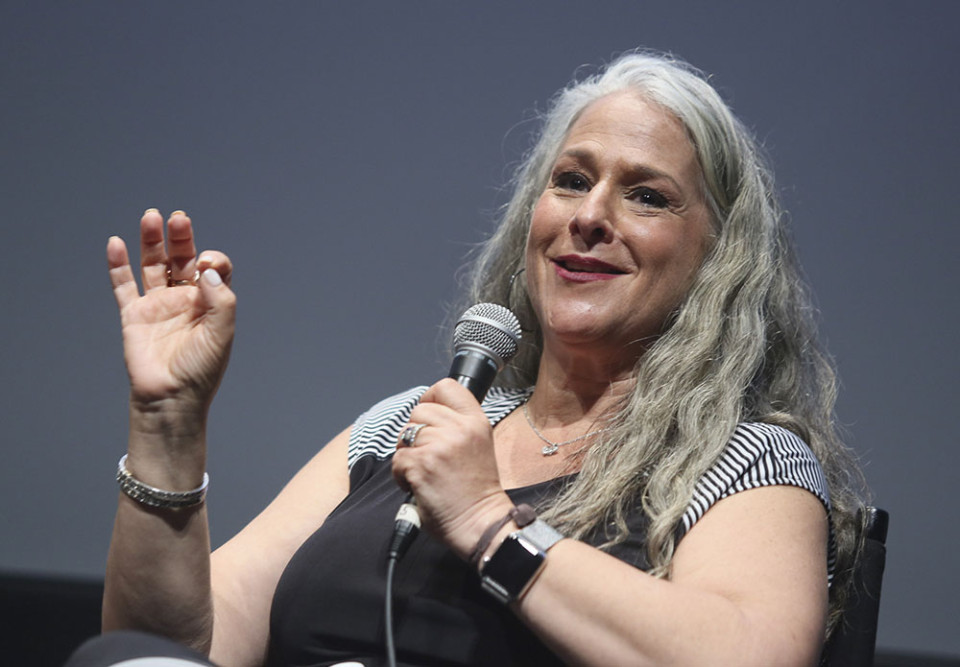 Appearance at the ATX TV Fest: On Success in TV, and New and Old Ventures

The ATX Television Festival officially kicked off on Thursday June 4th in Austin, TX.  Now in its fourth run (or “season” as they like to call it), the festival features season premieres and finales from a variety of networks, as well as panels with TV bigwigs.

One of whom is Marta Kauffman, the co-creator of Friends  — cue the song “I’ll be there for you,” and insert claps when necessary — and, as of May 2015, the Netflix/NBC series Grace and Frankie, already renewed for a second season. Aimed at baby boomers, the show follows Grace (Jane Fonda), a cosmetics magnet, and Frankie (Lily Tomlin), an art teacher, whose lawyer husbands, played by Sam Waterston and Martin Sheen, announce that they each want a divorce from their wives so they can be with each other. Since Grace and Frankie’s lives are turned upside down, the two women are forced to play nice as they embark on this new adventure together. Kauffman discussed this new endeavor and other aspects of her career at the TV fest, and proved herself a charming raconteur about subjects as diverse as misogyny and what she feels is important in TV characters for them to connect with the audience.

A Background in Theater and Success in TV

First, some facts about this ultra-successful denizen of the small screen: Kauffman started out working in theater, but her true calling was working behind the scenes in television. A native of Philadelphia, she began her writing career at Brandeis University, where she met future writing and producing partner David Crane. They wrote several musicals together, and after meeting Kevin Bright on the HBO series Dream On, began their TV work in earnest, forming a collaboration that resulted in Bright/Kauffman/Crane Productions; fans of Friends will readily remember its splashy, multi-colored logo that appeared at the end of every episode.

The trio also produced other shows such as the Kirstie Alley vehicle Veronica’s Closet and Jesse, starring Christina Applegate. In 2002, Kauffman and the other producers of Friends won the Primetime Emmy for Outstanding Comedy Series. All of these accomplishments and others have easily made her one of the most successful women in the television business.

At ATX Fest: An Amusing Chat with Kauffman

At the ATX event, after a screening of the pilot for “Grace and Frankie,” there was a short conversation with Kauffman, moderated by Nerdist podcaster Ben Blacker. Although the conversation was brief, Kauffman proved herself to be poised, eloquent and charming. It was evident the audience was in awe of her presence, and she made them boom with laughter on many occasions.

She revealed that it was her daughter, Hannah, who came up with the idea for Grace and Frankie.  Once the concept was hatched, Kauffman heard that both Lily Tomlin and Jane Fonda wanted to do television, and the rest is Hollywood history. She spoke about what motivates her as a writer in TV: that she prides herself on creating real characters and real issues. About Grace and Frankie, she said simply. “I wanted to write a story about this idea of a “third life.”

Then, when asked about the early years of Friends, she shared a disturbing story involving an NBC exec, which, as she put it, involved a “running misogyny issue.” It started when Kauffman and Crane were working on the pilot. “There was a man who was the head of the network at the time, a bit of a misogynist — lovely, lovely man,” she told the moderator with some sarcasm. “And he was having trouble with Monica sleeping with a guy on the first date.” (Kauffman is referring here to the character of “Paul the wine guy.”)

So, as Kauffman related to the audience, they ran a dress rehearsal of the episode, after which the exec said, “Monica deserved what she got” when Paul broke up with her soon after. Kauffman was livid. “Fire came out of my nose,” she said.

So co-creator Crane conferred with the exec, who then decided to confront the issue head-on by handing out a survey at the next dress rehearsal.  One of the questions was, ‘For sleeping with a guy on a date, do you think Monica is A) a slut B) a whore C) too easy or D) none of the above. “And it was all ‘none of the above.’ Nobody cared except for this one guy.”  Kauffman said that following that, she worked hard to please him, in addition to staying true to her and Crane’s vision, but that later on, she decided to send him a gift to make light of the issue. “He was a little hurt by something I said once,” she recalled wryly. “So, I sent him a basket of pantyhose, tampons, lip stick and nail polish.”

While misogyny is a very serious issue, Kauffman is doing her best to ensure that it won’t be a reccurring matter as long as she is in charge, and she strives to be inclusive: the writers’ room for Grace and Frankie is quite diverse. As she noted, “I have ten people in my room, with ages ranging from 26-59. Each person brings something different to the table. And I try to bring the heart and the warmth – after all, you are bringing these characters into your home.” Very likely the audience there agreed with her assessment as to why a series needs this special ingredient to be long-running; after all, think of the ten year run of Friends — who wouldn’t want to crack a joke with Chandler, share a pizza with Joey, or go shopping with Rachel?

The panel ended with a few audience questions, and of course the topic of a Friends reunion came up. Sorry, folks — that seems unlikely, but don’t fret, we have endless chances to re-visit with them on Netflix.