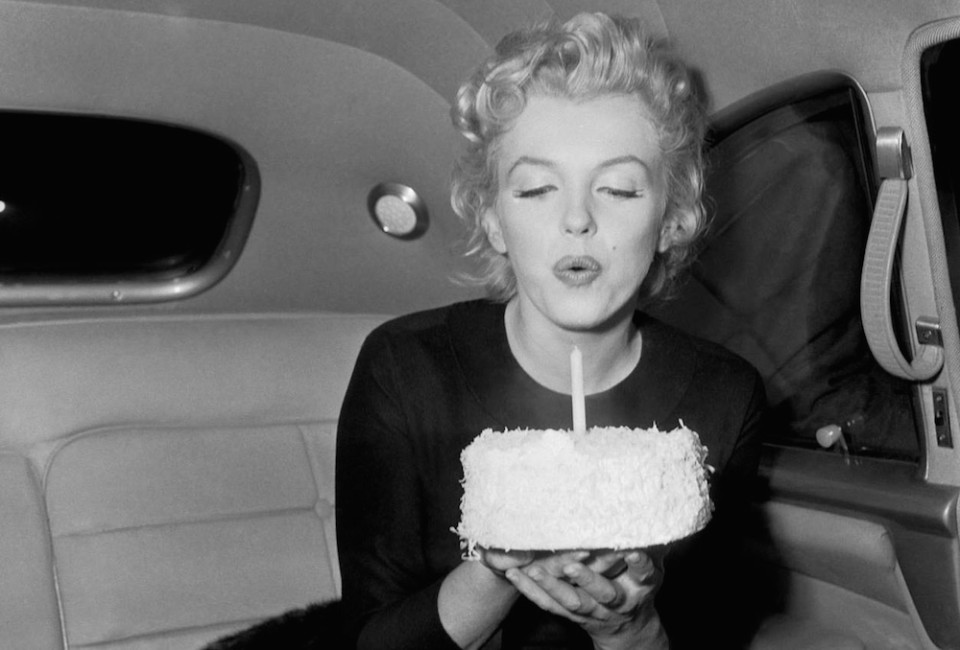 Was it something in the water? The list of women born throughout the years during the month of June is full of imaginative, challenge-the-status-quo females.  As the weather warms up, get into summer’s feel of limitless possibilities by reading below about the backgrounds and nuggets of wisdom from some of our favorite celebrity leaders who have broken the mold.

Marilyn Monroe (June 1, 1926 – August 5, 1962)Marilyn Monroe was a world-renowned superstar during her lifetime – probably one of the very first, along with Elvis – whose mythical presence continues to live on through each generation. After surviving an unstable childhood, Monroe married at the age of sixteen to James Dougherty. During that time, she began working in the Radiophone Munitions Factory, where she was spotted by a photographer, which quickly led to her modeling career. Her childhood dream of movie stardom then came true, with a rise to fame, giving way to her notorious sex symbol status. Passing away at the young age of 36 – with a still-unsolved cause of death — Monroe remains one of the world’s all-time biggest stars.Words of Wisdom: “Give a girl the right shoes, and she can conquer the world.”

Angelina Jolie (June 4, 1975)Born to a family of already-notable celebrity (her father, Jon Voight, starred in one of the most high-profile movies of the 1960‘s, Midnight Cowboy), Jolie was bound for show business at a young age. She currently holds a number of professional awards, including an Oscar, and is one of the most highly-paid actresses. Considered a powerful influence within the entertainment industry, she has also directed two films, one of which, Unbroken, passed the crucial $100 million mark at the domestic box office and earned over $161 million worldwide.

She has also been recognized many times for her strong humanitarian efforts: as a promotor for refugee causes and women’s rights, she has served as a special envoy for the United Nations High Commission on Refugees. Her passions run deep and continue to reap positive change in the world.Words of Wisdom: “If you don’t get out of the box you’ve been raised in, you won’t understand how much bigger the world is.”

Joan Rivers (June 8, 1933 – September 4, 2014)A born-and-raised-New Yorker, Rivers embraced her outspoken sense of humor and became a reputable comedy legend and big-name celebrity for over fifty years. Persevering through many setbacks, including the death of her husband and professional missteps, she forged ahead to become noted as “the first woman to break the glass ceiling of male-hosted late-night television.” Rivers was an avid philanthropist for the cause of eradicating HIV/AIDS, and left sizeable amounts in her will to multiple charities. Her untimely death in 2014 at age 81 — while still being a zesty, what-will-she-say-next presence on Fashion Police — came from complications of a medical procedure, with many celebrities subsequently paying tribute to her legacy.Words of Wisdom: “Never be afraid to laugh at yourself — after all, you could be missing out on the joke of the century.”

Natalie Portman (June 9, 1981)Noted as saying, “I’d rather be smart than be a movie star,” this Oscar-winning actress with a talented, Audrey-Hepburn-meets-elfin beauty shines both onscreen and with intelligence. Famous for many films, including Black Swan and the Star Wars re-boot, she has branched out from acting to producing and directing, as well as serving as a jury member at the 2008 Cannes Film Festival, all while holding a Harvard degree in psychology.

Born in Jerusalem, Portman holds dual citizenship with the U.S. and Israel.  Along with her strong advocacy for the environment, anti-poverty causes, and animal rights, Portman is a devout vegan with her own brand of vegan footwear. Most recently she gave the Harvard class of 2015 commencement speech[CC1] , where she advised, “Your inexperience is an asset in that it will make you think in original, unconventional ways.”Words of Wisdom: ”The moment you buy into the idea you’re above anyone else is the moment you need to be slapped in the face.”

Judy Garland (June 10, 1922 – June 22, 1969)Most famous for the role of Dorothy in The Wizard of Oz, Garland lived a life in the spotlight for over forty years, beginning her movie-acting career in the 1930’s. She was the youngest child to vaudeville parents, and started her stage performances at the age of two. Her ripe, young talent and love for performing was spotted by her mother early on, who trekked her around the US performing at a variety of venues, such as nightclubs, cabarets, and theaters.

Known (in a bittersweet way) for being “one of the brightest, most tragic movie stars of Hollywood’s Golden Era,” Garland’s personal life was often in shambles, overwhelmed with financial problems, addiction, and self-esteem worries.  That said, she holds many awards in her name, even long after her death (in 1997, she was granted a Grammy Lifetime Achievement Award), and remains a pop culture icon. Four out of her five marriages ended in divorce, yet her children – including Oscar-winner Liza Minnelli and son Joey Luft, who honored his mother in a 2014 stage show — remain a great part of her legacy.Words of Wisdom: “I can live without money, but I cannot live without love.”

Mary-Kate & Ashley Olsen (June 13, 1986)The Olsen twins became a household name throughout the last two decades, with their rise to fame beginning at the age of six months (!) when they began alternating the role of Michelle in the iconic American TV series Full House (1987-1995). After forming their own production company, Dualstar, at a very young age, their careers subsequently skyrocketed into many brand developments with toys, books,  fan membership club subscriptions, and more.

As they matured, their passions and connections in the entertainment industry pulled them into the forefront of the fashion world. Focusing on their fashionista expertise, the two have stepped out of the Hollywood spotlight and into many business endeavors, most notably apparel lines, called “The Row” and  “Elizabeth and James,” among others. Ranked in the top portion of the wealthiest women of the world, the twins have parlayed their TV success into a huge fortune, and (undoubtedly) become savvy business women.Mary-Kate’s Words of Wisdom: “I find it’s better to focus on what’s in front of you, and to keep putting one foot in front of the other.”

Ashley’s Words of Wisdom: “Stay true to what makes you happy, because that always ends up producing the best result.”

Helen Hunt (June 15, 1963)With a mother as a photographer and father as a director and acting coach, it is no surprise that Helen Hunt was born with creativity and talent. Now titled as an actress, director, and screenwriter, Hunt began her acting career as a child in the 1970’s in a variety of television series, before transitioning into a long-term co-starring role on the newlyweds-figuring-out-married-life sitcom Mad About You. She then made a successful leap into hit Hollywood films, including As Good as It Gets, for which she won an Oscar. She recently wrote, directed and starred in the film Ride, alongside Luke Wilson and the budding Australian star, Brenton Thwaites, released in 2014.  Words of Wisdom: “We can live a life full and complete, thinking with our heads but living from our hearts.”

Venus Williams (June 17, 1980)Williams made history in February of 2002, when she was titled the World’s #1 Tennis Player, making her the first African-American woman to receive the rank. She has changed the look of women’s athleticism and has been outspoken on gender equality, since male tennis players have customarily been given higher award money than women. In 2007, her campaign led the way to an announcement of equal prize money for both genders at both Wimbledon and the French Open. Along with the title of professional tennis player, Williams is an entrepreneur for her interior design firm, and an author to boot. Words of Wisdom: “You have to believe in yourself when no one else does — that makes you a winner right there.”

Meryl Streep (June 22, 1949)One of the most highly acclaimed screen actresses of all time, Streep is undoubtedly an inspiration to women around the world. Along with her outsized talent, seemingly down-to-earth persona, and calm-but-firm feminist ideologies, Streep is an active philanthropist supporting organizations with a focus in arts and education, including Artists for Peace and Justice.

Beginning her career on the stages of New York in the 1960’s, Streep quickly grew into film roles, with countless nominations and wins for a variety of awards, including three Oscars. She is a gifted actress and singer (catch her in this summer’s Ricki and the Flash, playing a leather-clad, neglectful, rock-singing mother, along real-life daughter Mamie Gummer, who seems destined for Oscars as well), and also a brainiac, holding degrees from Vassar College and the Yale School of Drama. Words of Wisdom: “The great gift of human beings is that we have the power of empathy.”No matter the kind of day you’re having or the type of entertainment figures you normally favor, take a moment to relish  the wise words of these highly successful women to get a better grasp on the challenges around you.Happy Birthday to all of them — and to you out there, June birthday ladies!