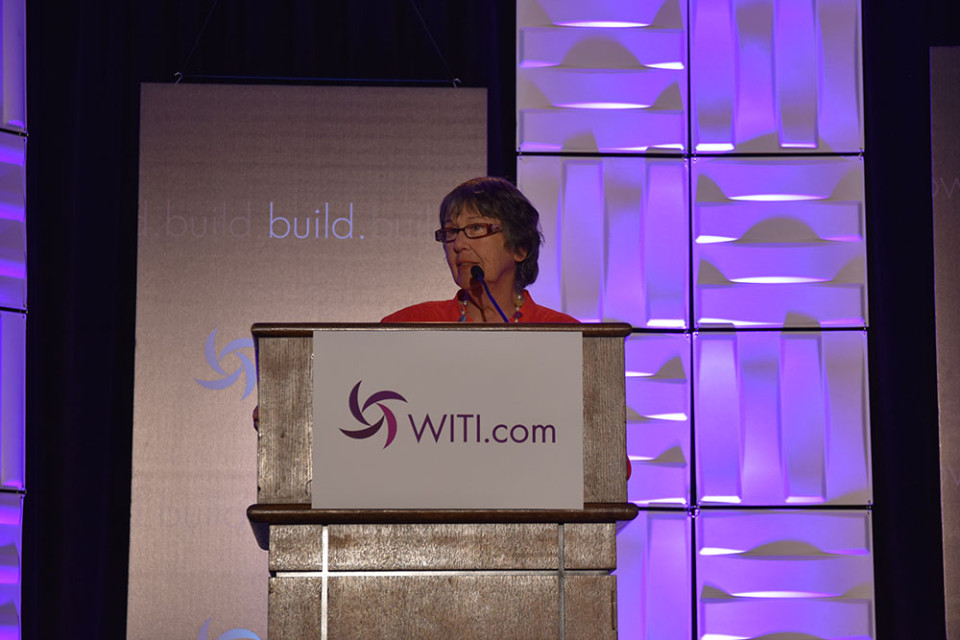 Carolyn Leighton, Founder of Women in Technology International, on Women in Tech as a Business Initiative not a Diversity Issue

When the Women in Technology Summit, hosted by WITI, Women in Technology International, begins in San Jose, California on May 31, 2015, women (and men) from around the globe will gather to exchange ideas, make business connections and discuss strategy. The 3-day summit includes keynotes such as “Geek Girls are Chic: Five Career Hacks” from Sandy Carter, General Manager/Cloud Ecosystems & Developers of IBM, a Hall of Fame Awards Dinner and a Career Fair and Expo.

Strategy has been paramount to WITI’s founder, Carolyn Leighton, since she established the International Network of Women in Technology in 1989, now known as WITI. When she began working in technology in the late 1970s, opportunities for women were limited and the idea that a woman could start up a technology business from home while caring for a sick child was not on anyone’s radar. Leighton, who was working at Criterion at the time, noticed that the most successful tech companies assemble teams of men and women from across disciplines to innovate solutions to problems many people might not have known existed.

Through her interaction with women in tech, Leighton realized that not just a few women, but really, all women, faced the same workplace issues. She envisioned a tech network where women could find support and strategic action, not the familiar women’s club of sniffling and snarkiness. WITI is a philopsophical movement, not a pity-party. Leighton admitted, “I love to solve other people’s problems,” and to that end, WITI was born. WITI’s mission “is to empower women worldwide to achieve unimagined possibilities and transformations through technology, leadership and economic prosperity.”

When Leighton took the idea to her accountants, they suggested that she file to make WITI a non-profit organization. Leighton immediately said no. Leighton believed that making WITI a non-profit sent the wrong message to people; “I don’t want the perception of women to be non-profit,” Leighton said. WITI now consists of the WITI Professional Association that is a for-profit Professional Trade Association and Media Company, and the WITI Foundation, a non-profit charitable organization 501(c)(3). WITI members currently hail from the United States and throughout the world from countries like Hong Kong, Australia, Great Britain, and Mexico.

WITI’s goal, Leighton said, is “to represent a very strategic way for women to advance.”WITI affects change for women in three ways:

The organization coaches individual women to success, helping women in academia, who own small businesses and those who work for companies to expand their own knowledge and reach. Men are also encouraged to join the WITI Professional Network because the best innovations occur through inclusion.

More men are joining WITI as they begin to understand that women with greater control of their careers and their income take some of the financial burdens off men. Leighton explained, when we lock men into the role of provider, it stifles their creativity as well. Often, when Leighton explains this concept to men, they are surprised because they don’t often think of it that way. Imagine, Leighton suggested, how much more time men could spend in creative processes if they are not worrying about being the sole breadwinner.

Beyond the pipeline of smart and talented women ready to fill leadership positions in corporations–and their obvious goal of encouraging more girls and young women to enter tech fields—WITI also strives to change perceptions about women and to influence the thinking of corporate leaders. One of the ways they do that is through the WITI Corporate Network.

The WITI Corporate Network joins organizations that want to benefit from WITI products and services. WITI calls women’s leadership skills and purchasing power “thre greatest economic force at work in the American economy today.” If women, and men, exercise their right to purchase only from companies that support women and diversity, the impact could be swift and widespread. That approach differentiates WITI from other tech organizations.

WITI offers a Global Executive Network, too, created specifically for VP and C-level women. Their ability to collaborate with peers and find mentors and role models is helping women to become influential in changing the dialogue about tech specifically and business as a whole.

The WITI Student Network inspires the next generation of women in tech that are ready to be coached and inspired to greatness by some of the industry’s best.

The WITI Hall of Fame, celebrated during the Summit at an annual awards dinner since 1996, honors “key leaders in science and technology” and serves to re-frame whom woman can choose to become. The more successful women and varied paths to that success that women see, the more likely they are to be willing and able to see themselves achieve something similar or even greater.

Women in technology who miss the 2015 Women in Technology Summit can begin to move their careers forward by instead participating at one of the many WITI events throughout the year.