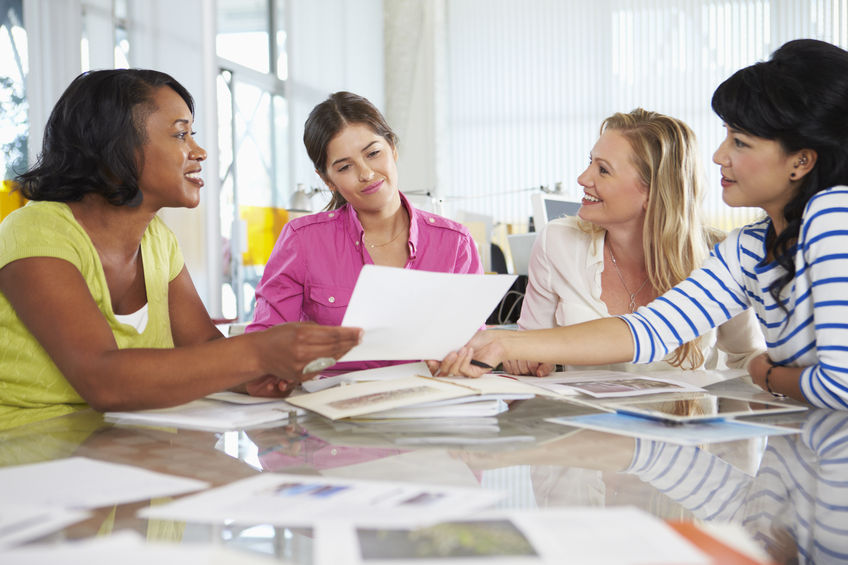 Ten Facts to Know about #WomenInBusiness

“We cannot change what we are not aware of, and once we are aware, we cannot help but change,” said Sheryl Sandberg, COO of Facebook.

So to raise awareness about women in business, here are 10 points to ponder:

2. Companies with the most women managers turn a 34% higher profit, reports UN Women.

3. Out of 143 countries evaluated by UN Women, 128 of them have “at least one legal difference restricting women’s economic opportunities.”

4. If the wage gap and employment participation gap were closed, women could increase their income globally by 76%.

6. In STEM fields, women hold 63% of the social science jobs, 47% in life science, 45% in mathematics & statistics, and only 14% of the engineering jobs, according to the U.S. Census Bureau.

7. Despite massive expansion in computer-related fields, the percentage of women employed as computer programmers remained relatively unchanged between 1970 and 2010. Women held 24.2% of the computer programming jobs in 1970, compared with the 24.4% they held by 2010.

8. Only 47% of women worldwide have access to formal financial institutions and ways to save money.

9. The National Women’s Business Council reports, “women-owned firms have an economic impact of $3 trillion that translates into the creation and/or maintenance of 23 million jobs, or 16 percent of all U.S. jobs.”

10. “If U.S.-based women-owned businesses were their own country, they would have the 5th largest GDP in the world, trailing closely behind Germany, and ahead of countries including France, United Kingdom and Italy.”

Women are a powerful economic force, and there is strength in the increasing number of women who own businesses in the United States and around the world. There is still work to do, however:

In the United States, the land of opportunity, increases in female representation is politics has slowed. Countries such as Finland, Norway and Iceland already boast over 40 percent female legislators. According to the Gender Gap index, the United States is 60th in the world in women’s political empowerment. Women make up 50.8% of the population in the U.S., yet they hold only 18.5% of congressional seats and 20% of U.S. senate seats. The percent of female governors and mayors of large cities barely hits the double digits.

The push in recent decades in the United States to increase access to education for women resulted in women receiving 60% of all undergraduate degrees, and 60% of all master’s degrees. They earn 37% of all MBAs, 47% of law degrees and 48% of medical degrees. Increased education has helped women attain 52% of all professional level positions, but sadly, they make up only 8.1% of the top earners.

So armed with the facts and stats above, try to expand your awareness on this issue.  After all, with awareness comes a challenge to create change, and to help women attain all that they can be economically, socially, and politically — or to shrink away from the challenge.