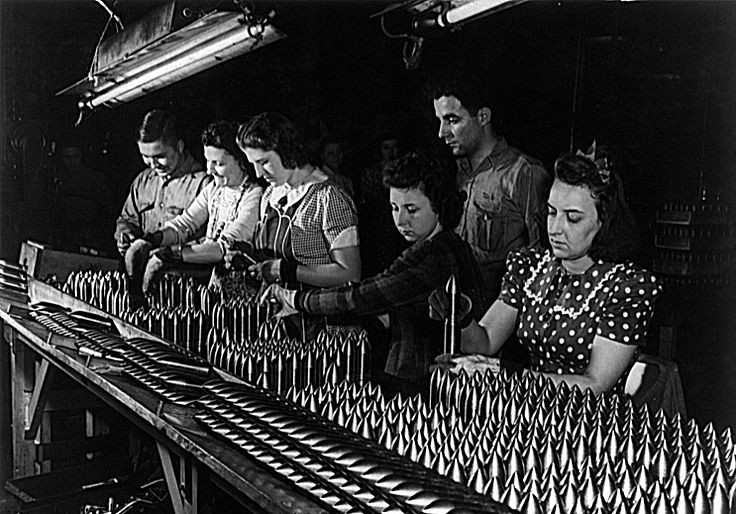 In 1983 Congress passed a resolution, signed by President Ronald Reagan, declaring September 22nd Business Women’s Day. The date already had historical significance, as on September 22, 1949, a group of Kansas City business women had founded the American Business Women’s Association (ABWA), an organization that today still brings women together for networking and support. While the resolution and special day equaled a nod to women in business in the United States, women had been contributors to the business world for much longer.

During World War II, women filled men’s roles in businesses across the country while the men were off fighting in the war. When the men returned, however, many women were discontent with the idea of returning exclusively to hearth and home.

What business women throughout history have shared is a desire to do something even when odds were against them. Replace your perceived impediments to success with these inspirations from women who have climbed so high, they shattered the ceiling in their industries.

Recognize what Matters“To have influence, you really don’t need to have power. But what you need more than anything else is to have that almost uncanny understanding of what matters to people.” – Anne Sweeney, Director at Netflix and former President of Disney-ABC Television Group

Don’t Lose Faith“I had a history for starting something and maybe getting halfway done. Then I’d see the same thing I was doing on the bestseller list! My ideas were right, but I hadn’t done them fast enough.” – Lori Greiner, Entrepreneur, Shark Tank television personality, Queen of QVC

Enjoy the Journey“Leadership is a journey, and you never arrive.” – Lynn Good, Duke Energy President, CEO and vice-Chair of the Board

Think Before You Act or Speak“What we do and say and show really matters.” – Christiane Amanpour, Journalist

Epitomize Class“Class is an aura of confidence that is being sure without being cocky. Class has nothing to do with money. Class never runs scared. It is self-discipline and self-knowledge. It’s the sure-footedness that comes with having proved you can meet life. ” – Ann Landers, Advice Columnist

Be Flexible“There is nothing like a concrete life plan to weigh you down. Because if you always have one eye on some future goal, you stop paying attention to the job at hand, miss opportunities that might arise, and stay fixedly on one path, even when a better, newer course might have opened up.” – Indra Nooyi, CEO of PepsiCo

Don’t Wait for “Ready”“I always did something I was a little not ready to do. I think that’s how you grow. When there’s that moment of ‘Wow, I’m not really sure I can do this,’ and you push through those moments, that’s when you have a breakthrough.” – Marissa Mayer, President and CEO of Yahoo!

It’s Okay to Revise Your Dreams“My dream job was to work in an ice cream shop. Two weeks and five pounds later, I realized it wasn’t for me. For many years, I had planned to be a corporate lawyer. As luck would have it, other than a summer internship, I didn’t end up doing that either.” – Safra Catz, co-CEO of Oracle

Ignore the Naysayers“If people are doubting how far you’ll go, go so far you that you can’t hear them anymore.” – Michele Ruiz, Entrepreneur, Author, Broadcast journalist

Take Ownership“What I always say is, ‘Do every job you’re in like you’re going to do it for the rest of your life, and demonstrate that ownership of it.’” – Mary Barra, CEO, General Motors Corporation

What quote would you want the business world to associate with you? Challenge yourself. What are your own philosophies on these topics? You might find inspiration by reminding yourself what you already have learned on your journey.