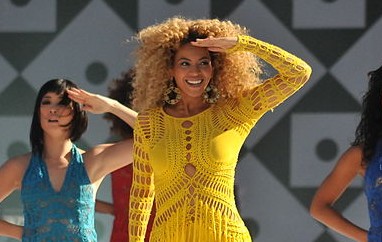 Insights and Life Lessons from Sharp Women Born in September

This September-born ladies listed below exhibit all the traits of hard-working, front-running, trend-setting leaders. Their personalities are bold and individualistic – clearly full of ambition not just to meet, but to actually exceed their goals. Each one has made their mark in pop culture history, which has often led to a mix of public admiration, criticism, and struggles, all of which they’ve endured gracefully.
Rachel Zoe (born September 1, 1971) 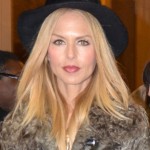 Growing up New Jersey as Rachel Zoe Rosenzweig, and studying at George Washington University with a focus on psychology and sociology, the soon-to-be-stylist graduated and fled to New York City for a career in the fashion industry, dropping her last name.

Her career began as a fashion editor, and from that she grew a following with her strong influential voice on all matters sartorial. She then became a freelance stylist to many A-list clients, including Lindsay Lohan, Cameron Diaz, Demi Moore – and of course her initial claim to fame: Nicole Richie, who, since they both share a diminutive demeanor, made popular Zoe’s “boho chic” look.

Along with her big success in the fashion world, Zoe has also starred in her own reality show, founded a daily newspaper, created her own clothing line, and is a published author of two books. Since 1996 she has been married to her college sweetheart, Rodger Berman, an investment banker, and is the mother of two sons.

Words of Wisdom: “Style is a way to say who you are — without having to speak.”Beyoncé Knowles-Carter (born September 4, 1981) 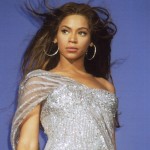 Listed by Forbes as the most powerful female musician of 2015, Beyoncé has been in the spotlight for nearly twenty years. She gained her fame in the 1990’s with Destiny’s Child, one of the world’s bestselling girl groups of all time, and since then has steadily risen in celebrity status as a solo artist.

Beyoncé has been outspoken with her stance on equality, feminism, and humanitarian efforts. She is known as a worldwide pop culture icon with a legacy already in place: twenty Grammy Awards, and an exhibit in the Rock and Roll Hall of Fame. Through her trials and tribulations with the media, depression, and a miscarriage, her “never give up” attitude continues to empower women everywhere.

Words of Wisdom: “Your self-worth is determined by you. You don’t have to depend on someone telling you who you are.”
Alecia Beth Moore (Pink)  (born September 8, 1979) 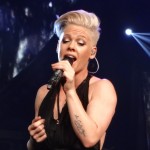 Moore, most commonly known as Pink, is another American singer/songwriter, with three Grammy awards, and a strong personality.  Her humble beginnings led to her teenage years singing at Philadelphia nightclubs, as well as a brief stint in the R&B girl group, Choice, that was once signed with LaFace Records. However, the group disbanded before a record release, leaving Pink as a solo artist.

Her popularity flourished during the early 2000’s, and she has remained known in the industry as a limitless, original, eccentric artist who defends herself and her beliefs; she notably fought back on Twitter this year with a steely, zen attitude about nasty comments about her weight.

Words of Wisdom: “You can’t move mountains by whispering at them.” 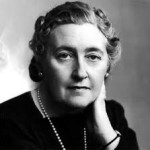 According to the Guinness Book of World Records, Christie is the best-selling novelist of all time. Her genre of writing is most often linked with mysteries and short stories, though she also published romance novels and plays.

She was born in Britain to a wealthy upper-middle class family but when her father passed away, when she was eleven, it left the family in shambles. Later, as a young adult during WWI, Christie volunteered as a nurse, married her first husband, and began her writing career. Her early stories were often rejected until her first published novel, The Mysterious Affair at Styles, gave birth to her extraordinary career as a  writer of whodunnits.

Interesting fact: In 1926, the overworked, depressed, and soon-to-be divorced Christie disappeared for ten days; the mystery of her whereabouts was an international news story that made the front page of the The New York Times. Despite that traumatic episode and some other hurdles, Christie ended up living a long, healthy, and successful life, leaving behind an enormous literary legacy.

Words of Wisdom: “Good advice is always certain to be ignored, but that’s no reason not to give it.” 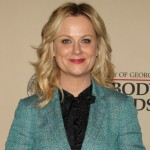 A graduate of Boston College, Poehler began her comedic career during university as a member of an improvisational comedy group, and upon graduation, moved to Chicago to embark on her career. With her foot in the door at Chicago comedy theaters, ImpovOlympics and Second City (known for many famous alumni), her network and talent in comedy both began to grow.

Poehler then moved to NYC in 1996 with a performing troupe that had regular air time on Late Night with Conan O’Brien, and soon landed a spot on Saturday Night Live. Her promotion — from featured player to full cast member during her first season at SNL — made her only the third performer, and the sole female, to gain that merit in the show’s history.

She left SNL in 2008 to start the series Parks and Recreation, which led to her winning a Golden Globe award in 2014. Her most recent projects have been very successful: Smart Girls at the Party, an online series and community that focuses on girls being proud of themselves, and her bestselling book Yes, Please, which has become a primer on life for cool females everywhere.

Words of Wisdom: “Try to keep your mind open to possibilities, and your mouth closed on matters that you don’t know about. Limit your ‘always’ and your ‘nevers.’ “ 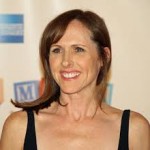 Molly Shannon grew up in Ohio as the youngest of three girls. She was raised with one sister and her disabled father after their survival in the tragic car accident that left her mother and other sister dead. She moved to New York City at age eighteen to pursue her comedy career.

As a 1987 graduate of New York University’s Tisch School of the Arts, Shannon was a struggling actress and waitress until 1995, when she was given the opportunity to be a featured player on Saturday Night Live. The show her a comedic spotlight and launched her very successful career; she was a cast member for six years with a variety of truly quirky characters, one of which (Mary Katherine Gallagher) was developed into the 1999 hit movie, Superstar.

After leaving SNL, Shannon has made guest appearances in sitcoms, taken small parts in films, worked as voice-over characters, and published her first children’s book, Tilly the Trickster. 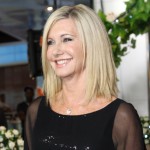 Newton-John, one of the world’s bestselling music artists of all time, a four time Grammy-award winner and breast cancer survivor, was born in England and raised in Melbourne, Australia. As a teenager, she gained recognition throughout the Australian entertainment industry as a regular on radio and television shows. Her musical talent then won her a trip to Britain in the 1960’s, where she recorded her first single and performed in nightclubs around Europe.

Although being a Grammy Award-winner and a popular, international vocal artist, Newton-John’s greatest success came when she was cast in the lead role in the 1978 film Grease. She had met the producer at a dinner party when he offered her the role — despite her being nearly age thirty — to play a high school student. The film was so popular it is currently ranked as the second highest-grossing film during opening weekend. Newton-John is now a cancer advocate, humanitarian, and still actively touring.

Words of Wisdom: “Once you face your fear, nothing is ever as hard as you think.” 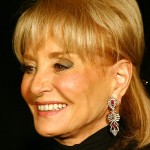 Walters changed the journalism industry for women and the world. A pioneer for women in the workplace, Walters is credited as being the first woman with the title “co-host” on a network news program, and shortly thereafter, became the first female co-anchor of any evening news program. As for her one-on-one skills, she is known for her exceptional interviewing acumen and calm etiquette with celebrities: throughout her career, Walters obtained exclusive interviews with elite people and asked unforeseen questions that the public was (frankly) most interested in, all of which assisted in her high ratings and popularity.

She retired from the air in 2014, but remains executive producer of The View, the show she created, and often makes guest appearances for news specials. For her long career and broadcasting skills, Walters has been awarded with copious amounts of recognition, including her Lifetime Achievement Award from the New York Women’s Agenda, as well as News and Documentary Emmy Awards. She also has a star on the Hollywood Walk of Fame.

Words of Wisdom: “To feel valued, to know, even if only once in a while, that you can do a job well, is an absolutely marvelous feeling!”

No matter what life throws your way, there will always be powerful women to look up to. Here’s to you strong and sassy September ladies!

Photos Courtesy of Tumblr and Wikipedia