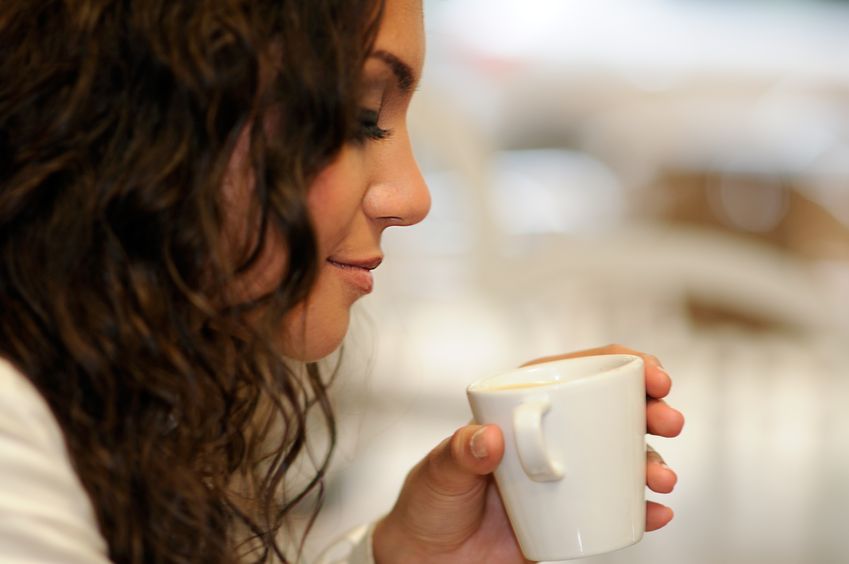 Coffee and a Smile

The Benefits of Coffee and Why it is Good for You, Really

According to the National Coffee Association, no one knows for sure where coffee was originated. However, legend says Kaldi, a goatherd, discovered that there were berries from a particular tree that his goats would eat and afterwards, they became incredibly “spirited” and by evening, did not want to sleep.

Kaldi relayed what he had witnessed to the abbot of the local monastery. The abbot in turn created a drink with the berries, and learned that it kept him awake and alert during the long time of prayer in the evening. The abbot shared what he had learned and the word continued to spread, including eventually, across the globe.

Nowadays, coffee is a lifestyle staple that continues to grow in popularity: according to E-Imports, sales generated from specialty coffees increase 20% per year. Also, specialty coffee sales make up about 8% of the 18 billion dollar coffee market in the United States. And among the coffee drinkers in the U.S., coffee statistics show that the average daily consumption is 3.1 cups.

Why is coffee still so crowd-pleasing? Because truth be told, it good for you! There are many benefits to enjoying that cup of joe in the morning that should add an extra smile to your day.

Low in Calories & High in Antioxidants

On average, a cup of black coffee (sans the milk, cream and/or sugar) is only two calories. Although according to E-Imports, only 35% of coffee drinkers prefer to drink black coffee.

According to the University of Scranton, in the U.S., coffee is the #1 source of antioxidants. Decaf versus regular doesn’t matter much, because both types of coffee have almost the same levels of antioxidants. The authors of the University of Scranton study do however highlight moderation when consuming coffee: they say that only one to two cups a day seem to have the benefits.

In an article by Laurel House published in How Stuff Works, she says that drinking coffee boosts a woman’s brainpower (House mentions women specifically, not men), saying that it improves decision-making, performance, and memory.

House also says that drinking coffee prior to a workout has benefits, helping boost a person’s ability to workout longer and harder, and giving you a better cardio workout, which can burn more calories and possibly assist you in weight loss. And that’s not all: post-workout, coffee has been reported to lessen muscle pain.

For starters, numerous studies have shown that people who drink coffee have a significantly reduced risk of developing Type 2 diabetes. According to a study in 2014 led by Harvard School of Public Health (HSPH) researchers, people that increased their coffee consumption every day by more than one cup in a span of four years had an 11% lower risk of Type 2 diabetes.

Many studies have also demonstrated that people who drink coffee have up to 65% lower risk of getting Alzheimer’s, and that coffee drinkers also have a much lower risk of developing Parkinson’s disease. To add to the list, it appears that coffee protects against both liver cancer and colorectal cancer.

Lastly, coffee, in moderation, protects against heart failure, according to researchers at both Harvard School of Public Health and Beth Israel Deaconess Medical Center (BIDMC). The authors do strongly note that the benefits of coffee are dependent on how much a person consumes: coffee “in moderation” is defined as two European cups per day (which equals two 8 oz. American servings), according to the researchers. Based on the research, those who drank four European cups daily had a lower risk of heart failure by 11%, vs. people who did not.

Depression is a common serious mental disorder that causes a significant reduction in the quality of life and, currently, about 4.1% of people in the United States meet the criteria for clinical depression.

Published in 2011, a study by Harvard School of Public Health (HSPH) found that women who consumed four or more cups of coffee per day had a 20% lower risk of being depressed.

So if that’s the case — and there’s all the other good news listed above about coffee’s benefits — by all means, drink up, ladies!