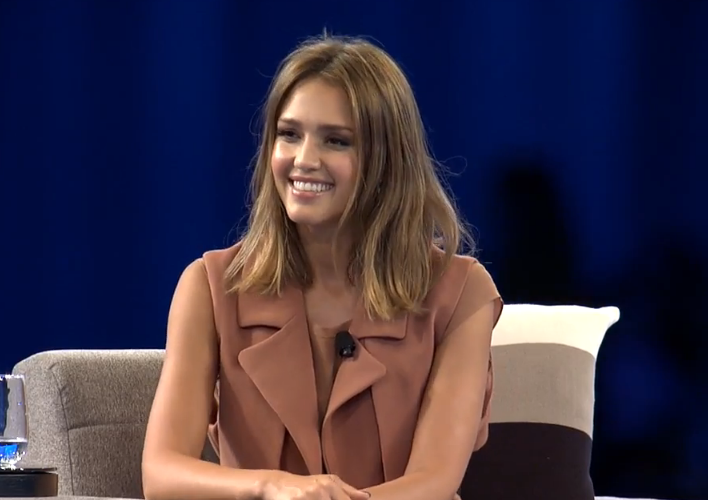 More than 150,000 people from across the globe convened in San Francisco September 15-18 to be part of the magic that is known as Dreamforce—an annual convention put on by Salesforce, a cloud- computing software company based in San Francisco that is  #2 on Forbes’ 2015 list of The World’s Most Innovative Companies.

Dreamforce attendees were provided the unique opportunity to come together to learn and share ideas about the latest and greatest in all things Salesforce. It was a chance to get hands-on training, face-to-face support, and share best practices with peers — all while experiencing the wonder that is the city of San Francisco.

In addition to offering approximately 1500 sessions, the first ever Dreamforce Women’s Leadership Summit was an entire day dedicated to workplace equality, leadership and, of course, innovation. The speakers sparked motivation and inspiration for everyone who attended. Throughout the day, Summit-goers listened to conversation and insight from some of the leading women in innovation and technology.

The Women’s Leadership Summit ended with the Women’s Innovation Panel, moderated by Gayle King with panel members Susan Wojcicki [a pioneer in online video, discussed one of the first ever “viral” videos on Google Video, which led to the creation of YouTube.] and Jessica Alba [who had an allergic reaction to laundry detergent while pregnant, created The Honest Company in a search for products that were safe and transparent with their ingredients].

Jessica Alba, Founder, The Honest CompanyJessica Alba is a Golden Globe-nominated actress, philanthropist, entrepreneur, and author. Jessica founded and launched The Honest Company in 2012, which offers non-toxic, eco-friendly, and natural household essentials including diapers, wipes, bath, skin care and home cleaning products. She is actively involved with charities such as Safe Chemicals Healthy Families, ONE, Habitat for Humanity and Project HOME among others. Jessica is a mother and resides in Los Angeles.

Susan Wojcicki, CEO, YouTubeSusan can be found on both Forbes’ and Fortune’s “Most Powerful Women in the World” lists, in addition to recently being noted in Time as “the most important woman on the internet.” She oversees YouTube’s content and business operations, engineering, and product development. She joined Google in 1999 as the company’s first marketing manager and led the initial development of several key consumer products, including Google Images and Google Books. Susan is a mother of five kids and currently resides in California.

Gayle King, Co-Host, CBS This MorningGayle King is a co-host of “CBS This Morning” and Editor-at-Large of the award-winning O (Oprah Magazine). In addition to three Emmys, she was honored in 2008 with the American Women in Radio & Television Gracie Award for Outstanding Radio Talk Show and in 2010 with both the Individual Achievement Award for Host-Entertainment/Information and the New York Women in Communications’ Matrix Award recipient. She is a mother and currently resides in New York City.

The women shared their personal journeys, struggles and inspiration for the next general of female leaders. In addition, Jessica and Susan both gave candid summaries of how their companies began, and what inspires them today to push forward.

Susan, on the first viral video and what it meant:

Jessica, on why her business is online:

Gayle then steered the conversation to family and work, how to achieve a balance, and in particular, the panel’s thoughts on paid maternity leave. Paid maternity leave has become an increasingly hot issue in the United States, as it is one of the only countries without a nationwide mandate on this issue.

Susan: Yes, I agree. When I went on maternity leave, I started to do research, because I wanted to better understand how other companies do it. What I was really surprised to learn is that most women in the United States do not have paid maternity leave. In the private sector, only 12% of women have this benefit  — and 25% of American women go back to work after ten days.

Gayle: I believe that — because we are worried if we take time off and spend time with the baby, that our jobs are in jeopardy.

Susan: I think that is definitely something that people are worried about, and companies are worried about losing employees and not having them available on the job. Google now offers 18 weeks for the mothers, and 12 for the fathers. What we’ve found is that having a longer maternity leave helps us retain women. I know, because I’ve been through this myself: you’re also more ready to come back to work when the child is a little bit older – and  I thought to myself, what if I had to go back to work on day 10? I would quit. I wouldn’t be able to do that.

Gayle: Does that resonate with you, Jessica? That if you take the time in the beginning for the baby, that your head is in such a better place?

Jessica: Absolutely. I can announce here that in January 2016, we are extending our benefits to 16 weeks paid maternity and paternity leave. We are a really young company, and we’re investing in the future, our employees and our culture internally. I never would have been about to go back to work after 10 days. It’s important to bond with your baby, and for the men to bond with their babies. I’m really proud of the enhanced policy that we have.

The women then had a frank discussion about differences in earnings between men and women, and how spending more time with your family can mean less money when you return to the workplace. They explored the possible disconnect regarding family bonding, and how that impacts companies and their work force.

Susan: Companies that focus on human capital “get it,” because they want to retain employees. Productivity is not always correlated with the number of hours that you’re working. There is this perception that if you stay late at night or work weekends, that you are really going to be so successful. I am not saying you don’t have to work hard — you have to work hard, but you need to have balance too. I think a lot of ideas come from perspective and being able to think freshly, cleanly and creatively. I think companies need to recognize that, and why balance is so important in our work lives.

The all-too-common “women in tech” conversation also took place — in a male-dominated industry, it can be difficult for women to break in. Both Susan and Jessica, investing in the future of women in technology, are seeking out ways to make a difference in this area.  After all, fewer than 20% of graduating women have Computer Science degrees, and the rumored long hours and lack of benefits definitely don’t help the industry recruit women.

So The Honest Company held its first “summer immersion” program, where twenty girls came in for six weeks, and learned how to code. Susan and YouTube are always looking for ways to seek out women and retain them for the long term. The stereotypes of the industry do not meet the reality, and both Jessica and Susan are searching for ways to change that.