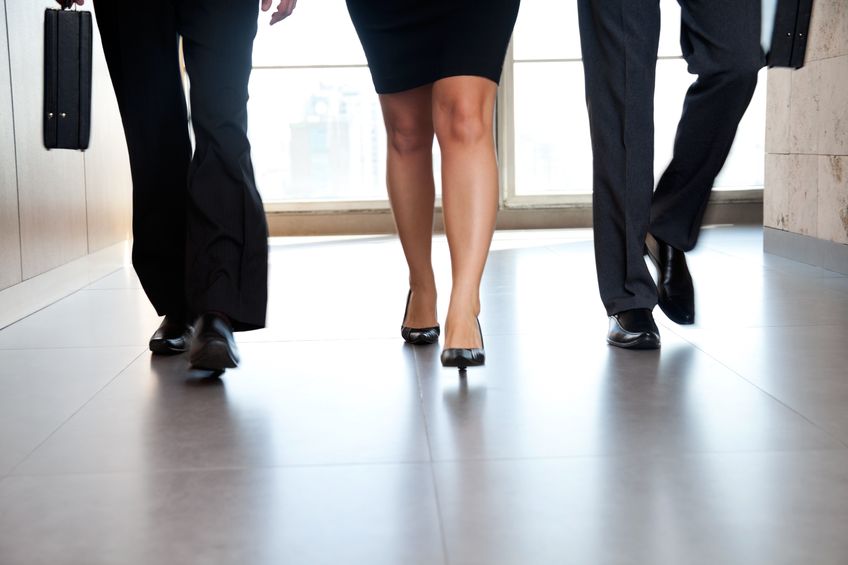 As always, the year-end summaries are out – with a summary list for everything you could hope for: best commercials, best wrinkle cream, best vacation spots and best TED Talks. At the top of this list, for me, were the TED Talks.

I always find new and interesting topics on TED that give me just enough information to make me think differently, inspire me to go do more research, or file the information away for my next game of Trivial Pursuit!  Over the past few years, TED Talks have morphed into a culture-altering knowledge center. We live in a day and age where people want everything at their fingertips – and they want it fast, and for it to be worth their time.  TED Talks deliver on that.  And they deliver with impact.

The end-of-year timeframe also got me thinking… what impact did women have?  Leave it to TED to address just that type of issue, starting with the 2015 TEDWomen’s Conference and the abundance of greatness that came out of it.  I had the pleasure of enjoying the recorded session by Margaret Heffernan (author, blogger and former five-time CEO).  Her message was pointed, eloquent, and inspiring (it also made me want to have the opportunity to buy her a cup of coffee some day and hear her full story!).  Her fascinating talk was titled “Why We Need to Forget the Pecking Order.” Now, it doesn’t take a genius to figure out where this conversation was headed, but I also believe giving specific examples of success behind the message can make a great impact.  So herewith is some analysis and further thoughts about her great speech.

The Far-Reaching Power of the Collaborative Workplace

We all know that our success as leaders highly depends upon the strengths of our team.  But what should your team look like, and how should its members function as a group?  And what role as a leader should you play?

Heffernan explained that MIT conducted a research study that looked at teamwork and which teams are the most effective.  They gathered hundreds of volunteers and put them into groups and gave them hard problems to solve.  And those that were the most successful all had the following characteristics:

1. There were more women than men in the group. 2. The group that scored the highest on the empathy test performed better than the other groups.  Reason? They exhibited social connectivity to each other. 3. Everyone had equal time.  There was not one dominating voice, but rather a cohesive effort and input from all participants. And therefore, there were no passive members of the group either.

Heffernan used the example of an entity, The Montreal Protocol, that tackled the global problem of CFC emissions (they increase the hole in the ozone layer).  The Montreal Protocol was the group that created the “most successful, international, environmental agreement ever implemented” relevant to this field.  Given this fact, the Montreal Protocol can be used as a reference case about a highly successful team that has had real-life impact. In fact, it was discovered that it was so successful because it followed the following three principles (as explained by team members):

How to Build your Best Team

We can all learn from the information in Heffernan’s presentation.  Her conversation at TED was a real-life one, with potential for real impact.  If we as leaders walk away with only a couple of ideas or a spark of inspiration to put into practice, then she has done her part, and it is up to us do ours.

Here are a few takeaways to start the year off right:

“Companies don’t have ideas.  Only people do.”Analysis: Tackle challenges as a group, and encourage ideas and dialogue that will build solutions and further your progress as a team.

“Helpfulness continually out-performs individual intelligence.  I don’t have to know everything; I just have to work among people who are good at getting — and giving — help.”Analysis: As a leader, you are responsible for creating a safe environment.  If you want people to participate and share their ideas openly, they have to know that they will do so in a safe space. They cannot work if there is always a heckler in the group who frequently takes stabs at them in front of team.  Everyone has to be comfortable with their teammates, and that takes time.  So, encourage smaller projects with two or three people on the side, and mix it up.  This way, everyone has a chance to work with the other team members and build rapport before coming together as a whole, which can be intimidating for some.

“Know your goal, and how you want to get there.”Analysis: Communication is our biggest challenge.  How and when we communicate can mean the difference between solving a problem and losing an account.  As a team, everyone should know the common goal, and who is responsible for what piece.  As the leader, it is your job to keep the team on track and headed in the right direction.  You should be providing air coverage, and not micromanaging.

So inspire, encourage, and praise. Also, positive energy is something you need and want in your workplace.  Positive energy is contagious. So, if you are setting the standard and giving praise to your team members in front of others, encouraging ideas (even when they aren’t right for the project), and staying optimistic, your team will follow your lead.

There is no reason why this year can’t be your best year yet.  As you are reading articles and making mental notes, maybe take time to stop and place a Post-it on the top corner of your screen that says, “Positive energy is contagious.”  After all, you are leading your team down the path you create for yourself; if that path emits a constructive spirit, others around you will absorb it!