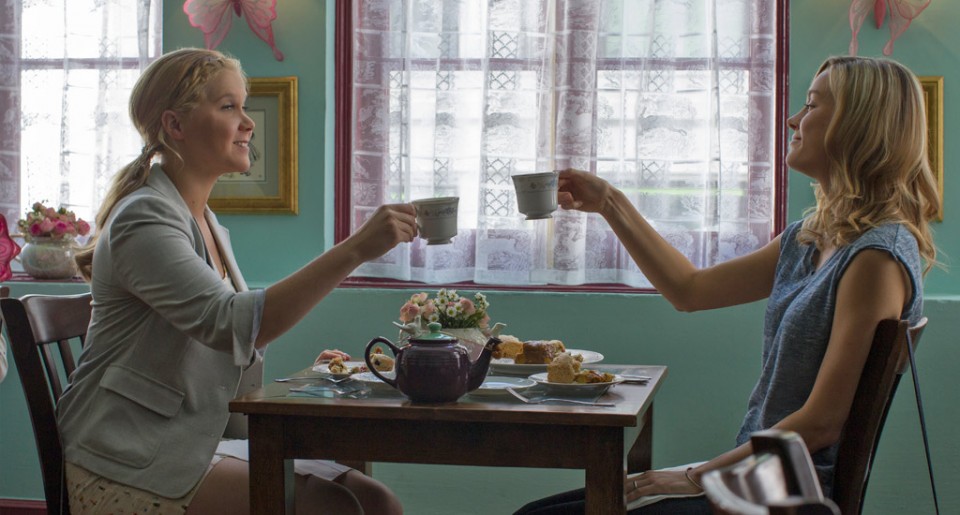 Ladies Get the Last Laugh

Women are funny. However, the recent outcry surrounding the embarrassingly low visibility of female comedians shines a well-deserved spotlight on many talented ladies. There’s no genetic code inhibiting women from their wit, but shaking off a centuries-old suspicion that there is proves challenging.  Luckily, however, Hollywood can’t ignore the funny femme fatales much longer. They are slowly gaining the attention they deserve from both critics and audiences.

Leading Ladies at the Box Office

This year’s box office numbers prove how ladies who make us laugh can also make the big bucks. Melissa McCarthy’s comedy Spy beat out the highly anticipated Entourage movie on opening weekend. Amy Schumer wrote and starred in her feature-length romantic comedy Trainwreck, which ranked number three on opening weekend. Also notable: Kate McKinnon’s sensational SNL debut this spring playing Justin Bieber in Calvin Klein undies. It seems audiences and critics alike are getting used to the idea of praising professional female comedians alongside their male counterparts, who have often sloughed off their ability in this area, with varying degrees of vulgarity.

But women have always delivered hilarious quips in Hollywood. And though they’ve landed more comedic roles in film and television over the years, the suits in charge only just recently started paying attention. Household names like Tina Fey and Amy Poehler aren’t the first funny females to bring down the house; performers like Betty White, Joan Rivers, Gilda Radner, and Lucille Ball paved the way long before, along with many others. What seems to be different now is the idea that they are true box-office draws for a large segment of the population.

Like all entertainment, and arguably more so, comedy creates community. It’s a safe place to express unthinkable and often absurd situations. It provides an outlet for daunting emotions, embarrassments, and woes. These communities thrive when they celebrate self-expression, which has infinitely diverse ways to manifest itself across the human spectrum. Women have simply been gathering around a community of funny men for so long that it’s a relief to finally applaud the laugh-worthy females. However, not everybody wants to cheer quite yet.

Credibility is Hard to Come By

Even with new talent rising up and female comedians grabbing more stage time, a documentary focused on all the female talent swirling around American stand-up stages received almost no recognition after its quiet release to Netflix last year.

“We’re making a cockumentary,” announced filmmaker and comedian Bonnie McFarlane at the opening of the wildly facetious movie Women Aren’t Funny. Filmed as a hybrid of comedy and documentary styles, McFarlane and her husband Rich Vos, also a comedian, set out to explore the origin of this tiresome stereotype in their film with a tongue-in-cheek title. McFarlane’s views on the matter are flippantly fun; she has crafted a comedy out of people who believed she couldn’t be as funny as them, spinning their thoughtless dismissal into a piece of art. It is a pure delight to see her comedic talent shine both in form and function.

Yet, it’s sadly no surprise that the documentary was largely overlooked, even with a star-studded cast (Wanda Sykes, Sarah Silverman, Amy Schumer, and Chelsea Peretti to name a few). Its title alone suggests the public’s attitude toward women who call themselves comedians; they aren’t worth an audience’s time. The argument against this is popping up everywhere lately, and comedy is facing the issue that all media seems to be coming to terms with: equal representation is scarce. But the truth is that an audience comprised of various races, ethnicities, genders, and backgrounds deserves an equally varied set of performers.

Take heart, ladies. Rumored for years and recently completed, the third Ghostbusters movie will showcase the comedic talents of Kristen Wigg, Melissa McCarthy, Kate McKinnon, and Leslie Jones — four powerhouse women – and bring the beloved franchise back in summer  2016. The cast is not all male and not all white, but they are all uproariously funny.

An all-female Ghostbusters isn’t the only hilarious project to keep an eye on. Season five of the HBO comedy Girls, helmed by Lena Dunham, as well as Comedy Central’s Broad City, created by UCB alums Ilana Glazer and Abbi Jacobson, will come back to cure your wintertime cabin fever in early 2016.

Whether comedy manifests itself as an anti-drug, or as giving form to a startling, irrepressible talent (such as  Melissa McCarthy), or simply as a favorite form of entertainment, one thing is for sure: it’s for everyone. Comedic talent does not just belong to one gender and, thankfully, Hollywood is gradually realizing the value in that. Comedy actresses today are undeniably talented. Women can be just as vulnerable on stage and just as commanding in comedy as men.

However you get your amusement fix at the movies, on the web or on TV, be sure to skim some of these A-list talents in the New Year. They’re more than one-hit wonders. They’re role models for any women looking for creative self-expression or commiseration. They’re the raw and rambunctious voices of over half of the world’s population. And they’re only just getting noticed.