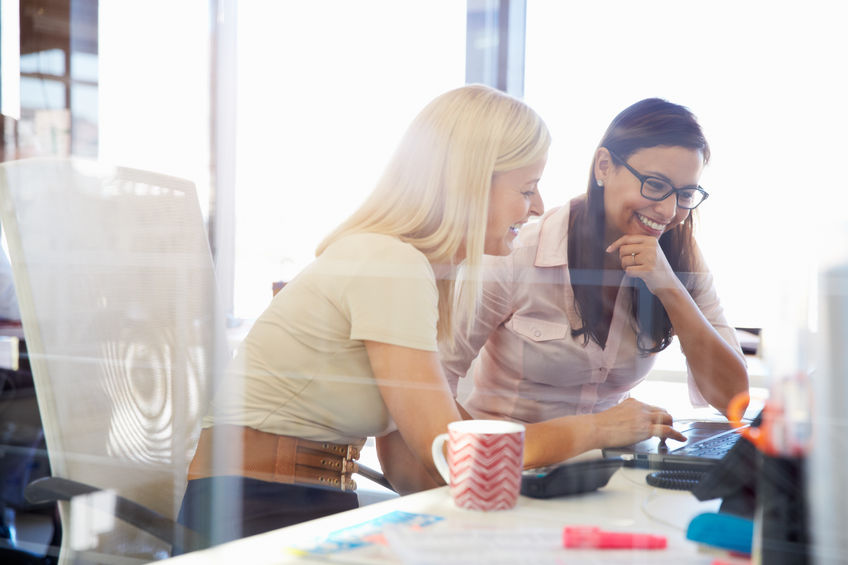 I regularly follow women and work issues, and in the last year I’ve been inundated with information related to the wage gap and the lack of women executives in top levels of management. After reading about these issues a lot (!), I am somewhat desensitized, so they now only register a mild irritation rather than the justified anger they used to. Also, I feel powerless to affect much change by myself, and know that complaining about them will not change them.

It’s not that I don’t empathize. Having spent most of my legal career as a litigator in an Am Law 200 firm, I experienced the challenge of being a woman in a predominantly male environment. I didn’t really have any role models or mentors when I was in practice. I ran into challenges on a daily basis acting as a strong, forceful woman, despite the fact that the environment itself was tough. I’m also pretty sure I was earning slightly less than my male counterparts who had less responsibility and a lighter caseload than I did. As an openly gay woman, I’ve also always been sensitive to dynamics in the workplace, how powerful women operate and are perceived, and how it acts as a double-edged sword. I learned much from that time.

Now as an executive recruiter and consultant, I often discuss career trajectories and opportunities for promotion with women. I hear about their struggles to have a successful career while balancing family and personal responsibilities and how sometimes they get stymied in progressing to the next level, or worse, want to leave their professional altogether. Through many discussions and my own experience working in a corporate environment, I have long noticed that where professional women most need support to succeed and advance, they are often left on their own or undermined. What’s surprising is how often other women are part of the barriers to women’s success.

I could write volumes about why this sad state of affairs exists. I believe that in many instances what women are taught and how they are socialized to view other women in our culture breeds contempt rather than support.  Stereotypes of the strong, professional woman are often harsh and negative. Until more women can truly support other women professionally, these barriers will persist. A rising tide lifts all boats, and by becoming more aware and starting to change our own attitudes about what we see and how we process it, we can change how we choose to treat other women.

The simplest consciousness about our attitudes is often a positive start; then, action supported by awareness makes for more lasting change. So I offer these suggestions, which definitely apply to men as well as to women. (I just have a hard time asking men to champion women professionals when so many women have yet to take it up the challenge themselves!)

Question Your Views on WomenI start with this suggestion because it’s the least discussed. Do you have women issues? Someone with women issues has internalized society’s stereotypes of women and is inclined to feel overly competitive, insecure, jealous or threatened by another women who is succeeding. It’s not always easy to identify women like this, because they can be quite successful in their own right and profess to be supportive of other women.

Nonetheless, it is a question I’ve asked women close to me at various times. Some of them initially act offended and respond indignantly, but after further discussion they understand that all of us possess unconscious bias. It can be quite subtle. The point is to question your attitudes and beliefs about women. We’ve all heard disparaging remarks such as “So-and-so slept her way to the top.” Not only is this offensive, but to hear a woman say it is all the more disturbing since she somehow doesn’t realize she’s also undermining her own value.

Truly questioning the biases you bring (and we all have them) will increase your awareness and allow you to choose to let them go because they don’t serve to support women.

Promote OthersHow easy is it for you to promote other women’s interests in the workplace? It doesn’t have to be on a huge issue, but it’s important to stick together. I’m not one to say we have to do everything like the guys, but let’s take what works for them, and make it work for us. Men support each other. How else would there be a Boys’ Club?

By the way, I’m not talking about supporting someone you don’t think deserves it. However, I find that women are harder on women and have higher standards for them. To me this is just another way of internalizing women issues. Despite the fact that other groups have no problem supporting each other (I see this most recently among many LGBT business owners), women don’t always do the same. I don’t know how many times I’ve heard a woman say she won’t support another woman just because she’s a woman. Why not?

Be a MentorProfessional women should mentor other women. On too many occasions (and this definitely breaks down along generational lines), women choose to not get involved in other women’s careers; some women have had to work against all odds to get where they are without any support, and they feel that the struggle builds character. Some women who came up in male-dominated environments and had to fight to succeed, now resent the fact that they had to do it alone. I’ve found that as a group they are often less inclined to extend a helping hand to other women.

But if it’s simply a time constraint issue, mentoring doesn’t have to be another full-time job. You can make a significant impact by engaging and mentoring informally on a daily basis. A kind word, supportive email or letting someone know you’re rooting for them can go a long way (if it’s sincere).

Mentoring can also take place at all levels. You don’t need to be a top female executive to be able to mentor. I’ve gotten support and advice from women much younger than me when I transitioned careers, and most recently when I became a small business owner. And the reverse is true: we all know women around us who are not as far into their careers as we might be or haven’t dealt with some of the challenges we may have, so look to support them.

Lean InI was fortunate in that my children were already school age when I entered an intense, stressful profession. I understand the challenges. But I see so many women progressing in their careers at a nice clip, only to take a step back when they want to start having children. I also see women who choose flex time and are actually working more and getting paid less. Sometimes it’s the worst of all worlds – women work harder but feel guilty, while their male colleagues are resentful because they aren’t onsite full-time.

What to do? I believe that you change the environment and attitudes around you by doing things differently, and it can often be more effective than company policy. Thus, it helps to support women who have non-traditional schedules or who need to have some flexibility because they’re in the intensely hands-on period of child-rearing. Others may be at the other end of the spectrum and have responsibility for aging parents. Women have amazing abilities to prioritize and to multi-task; it’s time that we recognized those talents.

Speak Up and Talk About ItI don’t mean “complain” – but women should dialogue with each other about barriers to advancement and how to go through or around them. One organized way to do that is through women’s affinity groups. Now I have not always been fond of these kinds of groups, but it depends on what goes on in them. For instance, strategizing about how to promote ourselves and other women professionals is time well-spent.

Creating a plan to stand behind and promote women into more senior or executive positions of power is even more uplifting, and can be an effective way to change the dynamic. It’s necessary to identify the power structures and decide where injecting more women will be most effective. For instance, in large law firms it’s been found that the more women on the compensation committee, the lower the wage gap. We should use each other’s brainpower and ideas to tackle these issues.

Bond with Other WomenIf you have women issues, this will not be easy for you, so deal with those first. Feeling a sense of camaraderie with your female colleagues or professional women friends creates a space to support each other in our endeavors. (Please notice that I have refrained from using the word “networking” throughout this article. I find the term meaningless and it evokes a certain dread or distaste in many people!)  What I do believe, however, is in talking with people, and taking an interest in them. And I find that the more I talk with them, the more apt they are to trust me, to want to develop a professional bond, and to ultimately work with me. Of course, it takes time, effort and investment.

There are many challenges to women professionals succeeding and thriving. The last thing we should be doing is holding each other back. Whatever your challenges, deal with them and prioritize women’s success as your success – and then maybe one day we’ll look on the challenges of wage disparities and lack of women executives as a thing of the past.