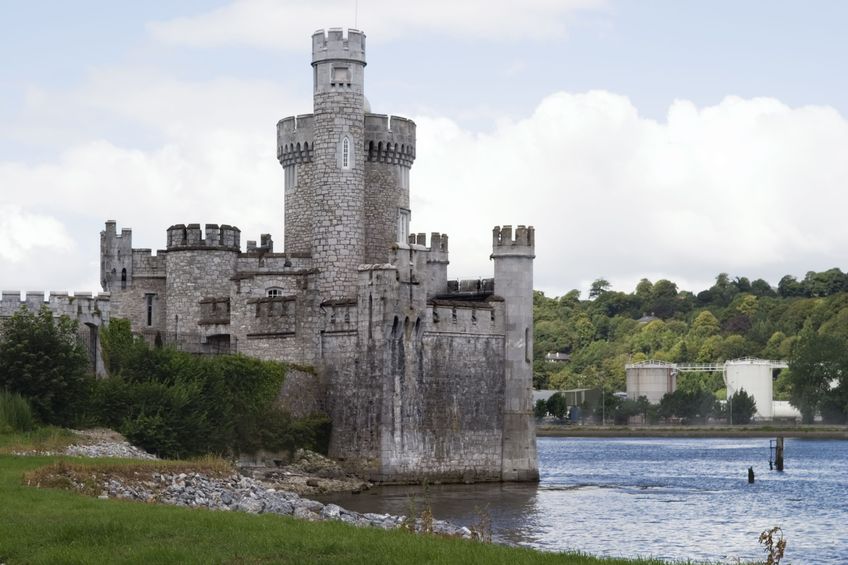 On St. Patrick’s Day, Imagine Yourself at One of these Historic Irish Castles

St. Patrick’s Day, a saint’s day in Ireland and a whiskey and stout infused party in much of America, conjures images of leprechauns, pots of gold, sprawling green countryside and castles. While others spend their time chanting Irish folk tunes and debating the best alcoholic Irish exports, smart women will plan a trip to Ireland. Be certain to include at least a couple of these castles.

These fortresses of yesteryear, today serve a multitude of interests and purposes from 5-star hotel to haunted hideaway. Although they have varied histories, a woman has left her mark on each of the properties. 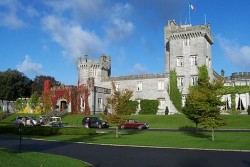 Dromoland Castle, located in County Clare, dates to the 11th century as the seat of descendants of Brian Boru, Ireland’s High King. Twice, the castle was saved from destruction by women. In 1651, Red Mary O’Brien agreed to marry an officer in the Cromwellian army in order to save the family estate after Conor O’Brien was killed in battle.

Then, in 1929, after the 15th Baron of Inchiquin died, his widow, the heiress, Lady Ethel Inchiquin, kept Dromoland afloat primarily by her personal wealth. Her portrait, painted by Herbert Draper, hangs near the staircase in the castle’s hall.

Now a 5-star hotel, Dromoland boasts a championship golf course, panoramic views of a lake and gardens, a spa and an indoor, heated pool. The castle is constructed of dark blue limestone in the Gothic style. The elegant rooms and stately grounds beautifully merge past and present.

In addition to golf, guest can enjoy horseback riding, clay pigeon shoots, fishing and archery on premises.  Visitors can also explore the nearby cliffs of Mohar, Connemara National Park and Bunratty Castle. 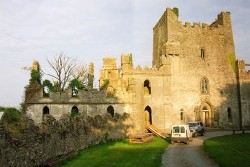 Leap Castle is known as the most haunted castle in Ireland, and perhaps, in the world. The castle’s infamous history began almost as soon as construction was completed for the ruling family of the O’Carroll clan. A fight over succession in the clan began in 1532 with the death of chieftain Mulrooney O’Carroll. It is because of this fight that Teige O’Carroll stormed into the chapel when his elder brother Thaddeus, a priest, was conducting mass. Teige drove a sword into the back of the priest, who then died on the altar. Thaddeus’s ghost is said to inhabit the chapel, now referred to as the Bloody Chapel.

Many ghosts are said to roam the ruins of Leap Castle, likely for good reason. Construction crews rebuilding the castle in 1922 uncovered a secret dungeon behind a wall in the Bloody Chapel, the small dungeon was a dark hole filled with wooden spikes on which were impaled enough human skeletons to fill three carts for removal.

Perhaps the most terrifying of the rumored ghosts at Leap Castle is “the Elemental.” The Elemental was released by Mildred Darby, whose family inherited the castle after the O’Carrolls. Darby dabbled in the occult, as did many of the gentry of the time, and is said to have unleashed this ghost during a séance. She later described the experience in the 1909 Occult Review as follows: “I was standing in the Gallery looking down at the main floor, when I felt somebody put a hand on my shoulder. The thing was about the size of a sheep. Thin guanting shadowy…, it’s face was human, to be more accurate inhuman. Its lust in its eyes which seemed half decomposed in black cavities stared into mine. The horrible smell one hundred times intensified came up into my face, giving me a deadly nausea. It was the smell of a decomposing corpse.” 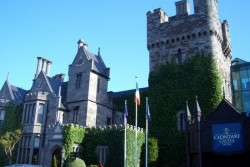 This romantic castle is a popular wedding venue today, but its history is romantic too. In 1742, composer Handel is reported to have stayed at Clontarf when he was in Dublin for the premiere of Messiah. Rumor has it that Dorothy Vernon, the lady of the house at the time, was a special friend of the composer and that he had composed a piece of music just for her.

For the princess dreaming of marrying her knight in shining armor in a grand castle, Clontarf Castle, just outside Dublin, Ireland, can make that dream and more come true. It’s close proximity to Dublin’s airport makes it easy to get to, and its luxurious accommodations will sleep 224 guests overnight and serve up to 400 for a wedding. The Great Hall with its crystal chandeliers and its historic frieze on the wall makes for an elegant wedding venue. The Viking Hall, decked out in purple and silver, is just as spectacular. 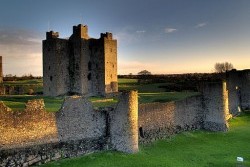 Trim Castle in County Meath, Ireland, is an old Anglo Norman stronghold and National Monument that dates to about 1176 and was built on the site of an even older wooden fortress. The original keep with its cruciform, or cross, shape and twenty-sided tower was completed with a ditch and a moat. Two curtain walls to protect the forbidding-looking fortress, encircle three acres. Trim Castle had fallen largely into disrepair and disuse until extensive renovations were completed in 2000. Excavations have been done periodically at the site, as parts of the castle have crumbled, including what would have been the great hall, and presumably lay beneath generations of earth.

The castle originally passed down the family traditionally through male heirs. But when all of Walter de Lacy’s male heirs died, the property passed to his eldest daughter Joan who married Roger Mortimer in 1301. The castle passed through female lines several times after that when a male line died out.

As an interesting side note, Trim Castle was used to depict York Castle in the filming of the 1990’s Mel Gibson movie, Braveheart.” 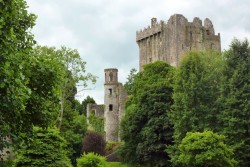 Visitors heavily frequent Blarney Castle in County Cork to kiss the Blarney Stone located in the castle’s top turret, in hopes of acquiring eloquence. This 15th century castle was built by the MacCarthy chieftains of Munster. It’s said that when Queen Elizabeth I sought control over the Chieftains of Ireland, that the Lord of Blarney, Cormac MacCarthy, would answer her requests with effusive flattery but no submission, thus leading to the phrase that something is a “bunch of Blarney.”

Although much of the castle fortress and keep still stands, the residence was destroyed by fire in the 1820s. The Scottish baronial style of the current castle house was not the original design, but was instead the brainchild of Lady Colthurst whose mark on the estate remains today.

Each two-hour tour of Blarney Castle includes visits to the gorgeous fairytale-like gardens, the Witches Kitchen, the Druids Altar and the Wishing Stairs.

So grab a plate of corned beef and cabbage, a Guinness and a map of Ireland to plan your Irish adventure.