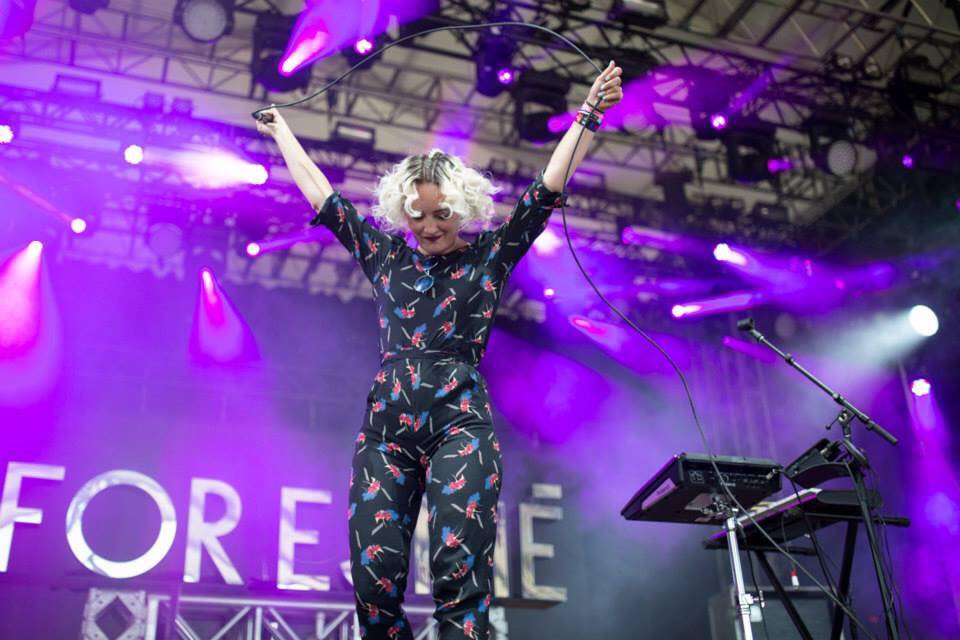 The summer festival season unofficially kicks off mid-March with the SXSW Music Conference, a five-day extravaganza showcasing both noted superstars and up-and-comers.  For many artists, this festival is the platform that ultimately gives way to their path to superstardom.  But before the media catches on, and before the fan clubs are formed — and before even the first sold-out headlining venue! — comes “the big break.”

Whenever that happens, many of the artists below are already making waves in their genres, while others are just on the verge of being discovered.  The one thing they all have in common, though, is a distinct, unique star quality — that certain indescribable something that that lets you know that, without a doubt, you’re going to hear about them again.

These are eleven of the most dynamic up-and-coming artists in the music business, and SharpHeels even got the chance to sit down with some of them at SXSW.

The Wild ReedsEvery so often I come across a band that possesses the inexplicable magic ability to make my face ache with the joy that their sound generates!  The Wild Reeds is one of those bands.  Singers Sharon Silva, Kinsey Lee and Mackenzie Howe serve up swelling, swirling, cascading harmonies layered over harmonica-driven, foot-tappin,’ bluegrass-infused melodies.  They are equal parts earnestness and urgency. Their showcase at the 18th Floor of The Hilton Garden Inn at SXSW had a very late, very professional crowd on their feet from the moment they hit the stage.  If you love harmonies over harmonicas, this is the band for you.

For EsmeClassical electronica?  Chill wave synth pop?  Their sound is hard to put your finger on.  But however you see fit to label them, the unique sound of Canadian band For Esmé is distinctly their own.  SharpHeels spoke with lead singer Martha Meredith at SXSW to discuss everything from her artist vision to DIY marketing techniques.

Martha, who was initially the only member of the band, has a very natural inclination towards artistry, but is less comfortable with the business side of the music industry.  As one of the many fierce female artists resisting label interest to maintain her artistic rights, getting familiar with the music side of the business is something she says she had to learn how to do pretty quickly.  When she was still the sole member of For Esme, in fact, she was the entire business behind the band.  The hard work is obviously paying off, however — Martha was named one of Indie Shuffle’s top female vocalists of 2015.

Julien BakerJulien Baker has one of those voices that is simply magnetizing.  Genuine and effortlessly pure, it sings songs that are as sad as they are beautiful.  At only twenty years old, she comfortably maneuvers through intricate guitar pickings like a seasoned veteran.  What strikes you most when she takes the stage is the confidence she already feels in sharing herself with her audience.  It would be difficult to peg Baker in any one genre – she simply sings songs that make you feel.

Tameca JonesThe second her single “Hot and Bothered” comes on, I want to dance.  Tameca Jones delivers funk-laden soul through husky-smooth golden pipes.  Her live shows include crowd-favorite covers that range from Prince’s “Purple Rain” to Elton John’s “Benny and the Jets,”despite the fact that her voice and original material could easily stand on their own.

If you’re in the mood to get down, get yourself to a Tameca Jones show.  If you’re lucky enough to live in her hometown of Austin, TX, then you should have plenty of opportunities to be a member of her sweaty, grooving audience.

Irie LoveIrie Love is taking the world by storm.  In addition to a successful reggae career and several self-produced records (she has remained independent for over a decade!), she is now working on developing a lifestyle show that combines her two greatest loves – music and island culture.

Over yogurt bowls at Jamba Juice during a break from SXSW, she talked to SharpHeels about not feeling the need to “fit into a box.”  She also noted that for a girl who has spent most of her life between Hawaii and Jamaica, island tour guide is a role she is comfortable taking on!

In addition to running the empire that is Irie Love, she also holds regular empowerment meetings with other fierce women, and even founded “Empower the Youth” to mentor and help provide guidance to the next generation.  A true lover of music and sound, her mission as an artist is to “empower, inspire and entertain the world through [my] love of music.”

Margo PriceNamed “country’s next star” by The Fader, Margo Price is an artist on the rise.  The Nashville singer made her network television debut on The Late Show with Steven Colbert in January with “Hurtin’ (On The Bottle)”, an upbeat homage to whiskey as a cure for what ails you.

She is the first Nashville-based artist to be signed by Jack White’s famed Third Man Records label, and says she chose the unlikely partnership because “they were the first people who didn’t want to change the album.” Hers is a name you’re about to hear a whole lot more of.

BleachedThe girls from Bleached are the cool kids you wanted to hang out with in high school. Their fearless, unapologetic songs are heartfelt and pure, the product of heartache, personal drama and emotional tailspin.

With the help of world-renowned producer Joe Chiccarelli, who has also worked with Elton John and The Strokes, the girls just completed their ambitious sophomore album at a remote house out in Joshua Tree.  The result, while technically a punk rock record, holds a certain pop refinement that gives it a widely accessible feel.

SeratonesThe Seratones have a sound that could only be described as uniquely Louisiana.  Their live shows have a decidedly rock ‘n’ roll feel, but the influence of swing music, soul and the South oozes out of every note.

Frontwoman AJ Haynes, who has been singing in the church since she was six, says she was taught to project her voice to “hit the back wall.”  Wherever she’s trying to hit, it’s working.  When AJ sings, you don’t mistake her for anyone else.  The Southern rock outfit just made their television debut on CBS’s Saturday Sessions, and I would venture to guess you’re about to be seeing them everywhere.

Little SimzI’m going to make a bold statement – Little Simz is the next big thing in hip hop.  Her beats are right on the money, and lyrically she is fearlessly brilliant.  She oozes effortless swagger.  Mark my words – you’re about to start hearing her name a lot.  If you have any doubt about her intention to take over the world, simply listen to the opening track from her new album A Curious Tale of Trials + Persons: “Everybody knows that I’m king now.  Women can be kings.”

WaxahatcheeThe brainchild of singer Katie Crutchfield, Waxahatchee gives you the sense of being let into someone’s private world.  Spare and intimate compositions set the tone for a catalog of songs that address a youthful struggle with unresolved issues and unrequited feelings.  She sings about the heartaches we’ve all felt with authenticity and simplicity, and says she just wants to “be the kind of musician I want to see in the world.”