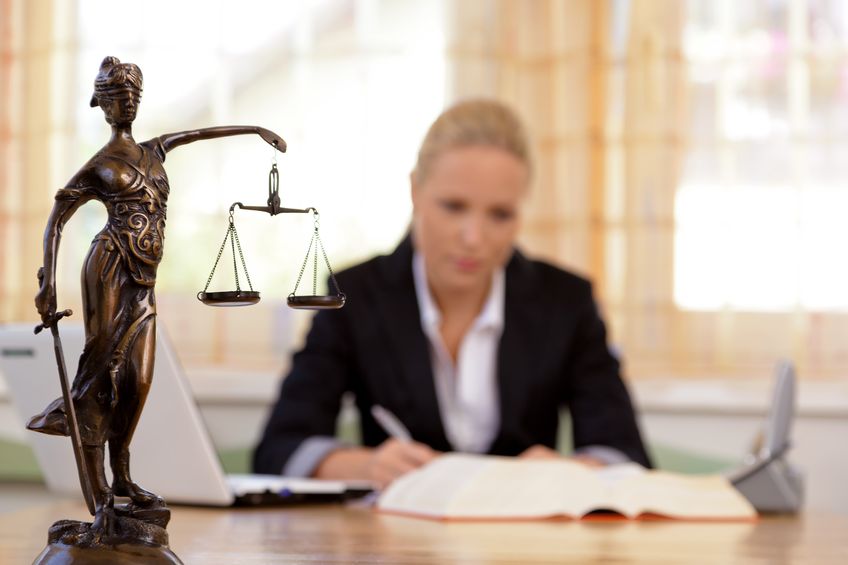 4 Women Who Manicured the Legal Landscape

Some names are easy to recognize, others seem obscure, but the list of women who have pruned, shaped and smoothed the legal landscape for other women is a long one. Because of their tireless fight, women can not only practice the law, but also advocate for the rights of others, pursue careers other than motherhood, own property, and keep their own earned wages.

Myra Bradwell– Legal Publisher & Political ActivistMyra Bradwell was not the first woman lawyer, but she made it possible for other women to become lawyers and anything else they chose to be. Bradwell learned law in her husband’s law practice—at the time a person could either attend a law school or apprentice in a law office to learn. When Bradwell completed her law studies in 1869, she passed the bar exam and applied for her license to practice law, which needed the approval of the Illinois Supreme Court, as women were prohibited from practicing law at the time. The court denied her request on the grounds that she was a married woman.

While other attorneys argued for her bad admittance all the way to the U.S. Supreme Court, Bradwell turned to founding and publishing the Chicago Legal News. Officially the publication’s purpose was to publish legal news and newly enacted statutes for attorneys and business men. But Bardwell soon used it as a vehicle to further woman’s issues. She drafted bills, which her husband helped push through the legal system, to expand the rights of women to do any job they chose, hold political offices, keep their earnings, have equal custody rights in divorce and prevent women’s husbands from declaring them legally insane.

Sonia Pressman Fuentes – Co-Founder of National Organization for Women (NOW), General Counsel at EEOC, AuthorSonia Pressman Fuentes arrived in New York in 1934 with her family, having fled Nazi Germany.  Germany’s loss has been America’s gain. Fuentes, a graduate of University of Miami School of Law, had a nearly 40-year legal career and as an executive with national corporations and government agencies. She was the first woman in the Office of General Counsel with the EEOC (Equal Employment Opportunities Commission) and was instrumental in drafting key guidelines for EEOC. The EEOC was charged with the task of enforcing Title VII, prohibiting discrimination by employers based on race, color, religion, sex, and national origin. Fuentes was quickly frustrated that the agency addressed mainly issues involving race or skin color, not women.

She secretly helped found the National Organization for Women (NOW) and wrote letters to the EEOC during clandestine meetings at night, demanding the EEOC take action on women’s issues. The EEOC began taking seriously the issue of gender discrimination in employment. At the EEOC she helped draft guidelines on Pregnancy and Childbirth and holding employers—in this case airlines–in violation of Title VII for the practice of firing women when they married or reached age 35.

Learn more about Fuentes’ history in her 1999 memoir, Eat First: You Don’t Know What They’ll Give You.

Ruth Bader Ginsburg – Supreme Court Justice, Founder of Women’s Rights ProjectBy the time she was appointed to the U.S. Supreme Court by President Bill Clinton in 1993, Ginsburg had held numerous titles and accomplished many firsts: attorney, member of the U.S. Court of Appeals for District of Columbia, champion for women’s rights and author. In July, Justice Ginsburg, long a fan of the theater, will reportedly make a cameo appearance as a judge in a production of Shakespeare’s “Merchant of Venice.”

Ginsburg began her legal career at Harvard Law School, tagging along there with her daughter in tow, when her husband, Martin, enrolled there. One of only nine women of the 500 law students, Ginsburg excelled despite the hostility of many professors who thought that the women were stealing seats at the school that should be reserved for men. She became one of the first women on the board of the prestigious Harvard Law Review. When her husband moved to New York City for a job opportunity, Ginsburg followed him there, too, transferring to Columbia Law School and graduating first in her class in 1959.

In 1959, however, being first in your class and a woman wasn’t as good as being 10th and a man, and Ginsburg was turned down for employment by 14 law firms, many of which were incredibly candid that they didn’t think a woman could do the job. So, she became a law professor and then founded the Women’s Rights Project in 1972 to fight cases of gender discrimination. She sought cases where she saw injustice and discrimination at play, and successfully argued five cases before the Supreme Court.

Well known for her dissenting opinions on the court, Ginsburg, ever the professor, has said that she tries to teach with every opinion she writes or speech she gives. Whether siding with the majority, as she did with recent rulings on the Affordable Care Act and same-sex marriage, or offering dissenting opinion, Ginsburg can be counted upon to stand for what she deems is fair and equitable under the law.

Janet Reno – First Female U.S. Attorney GeneralBeing the “first” to do anything is a mix of high expectation and brutal disappointment. Janet Reno’s distinction as the First Female Attorney General of the United States was both. She is recalled as easily for the epic failure of her storming of the Branch Davidian complex in Waco, Texas as she is for her relentless investigations solving both the 1995 Oklahoma City bombing and the Unibomber.

The role of attorney general was not Reno’s only first as a woman. She was one of only a handful of women in a class of 500 at Harvard Law School, but despite her Harvard credentials, she found it difficult to secure a legal job because she was a woman. She made a name for herself, however, in private practice and was appointed the first female states attorney in Dade County, Florida in 1978, for which she was re-elected four times.

She was appointed attorney general in 1993 by President Clinton and served until 2001. Her tenure as attorney general included lawsuits against big tobacco companies, an anti-trust lawsuit against Microsoft and conviction of the perpetrators in the 1993 World Trade Center bombing. Some women might have retired after her failed bid for governor of Florida in 2002, but not Reno. In spite of her diagnosis with Parkinson’s disease, Reno has continued to work with the Innocence Project, using DNA evidence to free those who have been wrongly convicted of crimes.

The women who shaped legal opportunities for women in America are too countless to name in one short article in Women’s History Month. However, the American Bar Association, recognizing the need to chronicle women’s legal history, created the “Women Trailblazers in the Law” project and has compiled an archive of written and oral history, including interviews, along with a collection of videos from C-Span. Thanks to these fabulous women, other women have the ability to soar to even greater heights on whichever path they choose.