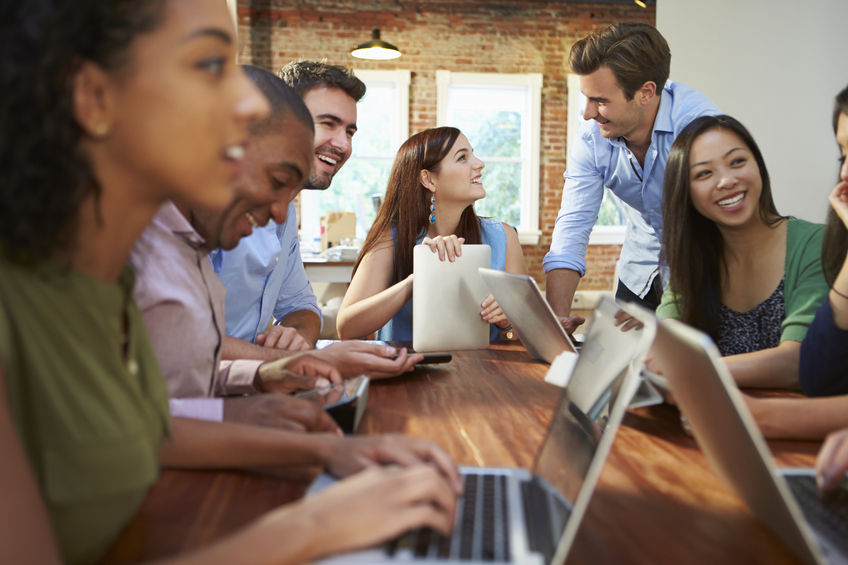 Amazon can do almost anything, from allowing me to order pizza via Bluetooth speaker to producing multiple Emmy award-winning television series. A few weeks ago, they even announced that they had basically solved the gender pay gap, at least in their own workforce. But even though Jeff Bezos has literally sent rocket ships into space, I was less  confident about this new claim about pay equity than I was in Amazon Fire Phone. Since then, other companies, including Microsoft and Facebook have made similar announcements.

The gender pay gap is a complicated and multi-faceted issue, and therefore it’s one that is easy to manipulate with data. To fix the problem, we have to understand it. And that is harder than it sounds.

The broadest and most well-known statistic about the gender pay gap comes from the Bureau of Labor Statistics (BLS), and it states that women earn 83 cents for every dollar a man earns. This figure is calculated by comparing the total wages earned by working women to the total wages earning by all working men, and dividing it up by the number of workers.

Even though this number has budged a little since it was first calculated to be 63 cents on the dollar in 1979, it’s still pretty depressing. Despite the fact that women make up 51.5 percent of the workforce, they earn much less overall. And according to the World Economic Forum, at this rate it will take 118 years until the global gender pay gap closes.

But on its own, this number is a little misleading. Women aren’t paid 17 percent less than men for the same work straight across the board. This difference mostly stems from the fact that men and women have different jobs: women are far more likely to work in low-paying jobs like education and social service, while men dominate high-paying fields like engineering and technology. Women are also less likely to hold management and leadership positions than men, and that has a huge impact on overall pay.

PayScale, has taken a deeper look and calculated a controlled gender pay gap to compare the salaries of men and women working in the same jobs – i.e. controlling for things like years’ experience, location, education level, hours worked and other compensable factors.  The result? This calculation showed that women earn between 2 and 6.1 percent less than men for the same work.

So is this smaller number good news or bad news? The apples-to-apples comparison is much smaller than the BLS statistic, but it proves (still) that women are paid less than men in every industry and job type. Furthermore, the gender pay gap widens as you climb the corporate ladder, so not only are there fewer women in leadership, they are paid less as well.

This way of looking at the data adds another dimension to the gender pay gap analysis, but focusing too narrowly on specifics may ignore a key question: why are women less likely to go into, and stay employed in, high-paying industries and job types?

Meanwhile, Back at Amazon…

Amazon’s recent claim of virtual pay equity was released after an investor asked them to audit their workforce for gender pay inequities. Amazon absolutely deserves kudos for findings that showed impressive equity numbers between women and men in the same jobs.

But we can’t ignore that only 24 percent of Amazon managers are women, or that just one of their seven corporate officers is a woman, or that only three of their eleven board members are women. If women aren’t getting hired and promoted into the highest-paid positions at a company, then women are earning much less than men overall.

The truth is, there is no single statistic that makes or breaks pay equity. And Amazon isn’t the only company to run into criticism around diversity and pay practices. Last year, Microsoft was hit with a lawsuit alleging gender discrimination, even though they have also publicly said that their internal audits show no gender pay discrepancy.  Many other tech companies have faced lawsuits and criticism, including Twitter and Facebook. Pay inequity isn’t an Amazon problem; it’s a societal problem.

So let’s take a look at who is moving the needle on pay equity: Salesforce has been working to improve gender equity in their ranks since 2013. Last year they audited both job level and job-to-job pay equity, and found that not only were leadership roles (and jobs in general) male-dominated, but men were being paid more as well. So they invested upwards of $3 million dollars to eliminate pay differences and increased spending in leadership training and community outreach aimed at diversifying the STEM pipeline.  Also:

Solving the gender pay gap would be easier if it could simply boil down to one number. But the answer lies in looking at a lot of numbers, and then employing solutions that are both quantitative (like pay adjustments and hiring initiatives) and qualitative (like driving corporate cultures that support all employees, not just wealthy white men).

Most people understand that the gender pay gap exists. We are lucky to be working in an age when top employers like Amazon are finally talking about workplace diversity and pay equity, but we must continue to challenge them not to oversimplify the issue in the name of avoiding bad press.