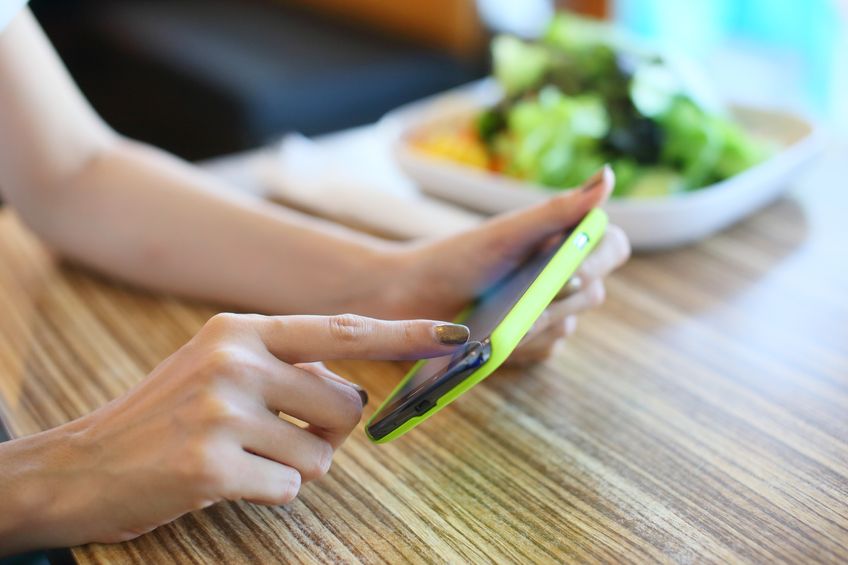 In 2005 — after three years of crippling stomach pains — I (understandably) became very interested in the topic of food transparency and knowing exactly what was in what I ate. What I discovered: my body couldn’t tolerate gluten, egg, dairy and soy. Never before had I had a food allergy. But now, suddenly, I had to think about eating in a very different way, and to be hyper-conscious about how food impacted my health. I started to think of my body as a machine, and food as a combination of fuel and medicine.  I also started thinking about the human operating system in terms of input and energy consumption: food and hydration make up input; movement and sleep generate energy efficiency.

Tracking energy consumption is a huge industry, and now it includes wearable technology that enables us to record energy movement and sleep. Most of these devices include a data-sharing mechanism that helps customers see trends in their habits and eventually change their behavior. In the U.S., one in six people now owns a wearable, and it’s forecasted to be a $19 billion market in the next two years.

However, when we think about the other concepts of energy consumption and nutrition (as well as how the latter affects our health), we don’t always have everyday access to a ton of data. How do we track what we eat, and measure its impact on our health? (We have the nutrition label at our fingertips, but it’s limiting.) How much salt, sugar, fat or how many calories are good for you? How can we keep in alignment with our requirements for “food fuel” as we evolve and age? At SXSW Interactive 2016, I was honored to discuss these challenges we face when nourishing our bodies and how up-and-coming technology is going to help us make better choices and ultimately lead to our best selves.

Recommendations on How we Fuel Ourselves

There are continuous efforts to recommend what food is good for us, as a collective whole. In the last thirty years, the original food pyramid has gone through three transformations. Its visual cues were designed to remind us about the balance of our nutrition, and what was once a recommendation based on a heavy carbohydrate foundation is now a more balanced plate, with a stronger emphasis on fruits and vegetables.

However, despite general guidance like this that changes frequently, there’s still an enormous challenge in knowing what’s good for us as distinct individuals. (What is deemed good for us may not be good for others.)  And now, just as we saw the transformation of the food pyramid, we can track the fluctuation of a diet mania – and its subsequent out-of-favor status — over the last ten years by looking at Google trends. For instance, gluten-free has skyrocketed in searches, while Atkins has been on the decline over the past ten years.

The Bottom Line: We’re Unsure What Food is Best to Eat, & How to Measure its Effect

So…we have imperfect and very limited data regarding nutrition. And – to put it bluntly — it’s killing us. Five of the top 10 leading causes of death in the U.S. were all diet-related, including heart disease, cancer, stroke, Alzheimer’s and diabetes.

The good news: we don’t really know how to feed ourselves, but we are seeing an increased demand for better food information, helping us to better connect the dots regarding the physical results of what we ingest. More positive news: big problems attract big dollars. More than $750 million was invested in food tech in the first half of 2015, and the food tech venture space has seen more than 200 percent year over year growth.

As of late, three big areas of innovation regarding food transparency have emerged: tracking food impact on our bodies, food content, and also direct-to-consumer feedback leveraging data-driven food transparency (i.e. cutting-edge ways of testing what’s on our plates before we put fork to mouth).

Let’s look at each of those three areas:

Food ImpactLab-based technology is trending as we strive to know how food is affecting our bodies. Companies like WellnessFX create dashboards for you to analyze your health over time.  For instance, your blood tests can be analyzed at a lab and the results delivered to a platform where you can then track changes, on an ongoing basis, and thus see how your diet is impacting your cholesterol and nutrient count.

If you want to skip going to the lab, you can also soon take a blood sample at home and track vitamin levels with Vitameter and Cue. These technologies enable consumers to effortlessly and seamlessly track health data over time and see how meals are impacting your health at the blood chemistry level.

Food ContentWe are becoming more aware of how food affects us, and the value of taking the time to learn what’s in our food. We have seen a 50 percent increase of food allergies among kids over the last fifteen years – driven by both prevalence and awareness. There’s also been a new medical classification for “non-celiac gluten sensitivity” for people who have been complaining to doctors that they are reacting to gluten, but don’t have celiac disease.

The outcome of all of this: we have become a more health-conscious consumer group –  swayed by advertising promising “all-natural” ingredients, and prone to spending billions on foods labeled as organic.  All of this has given rise to an increased appetite for food transparency: knowing what’s in our food, how it’s processed, and if it’s safe.  Here are some innovations in that area:

To understand the estimated number of calories, fats, proteins and carbs, there are emerging technologies to provide this info regarding both packaged foods and when eating out at a restaurant:

Both of these applications include a data layer, allowing you to track calorie consumption over time.

In the Vanguard of the Food Allergy Realm

For the millions of people who have food allergies and sensitivities and can be affected by 1/200th of a teaspoon of an allergen, maintaining health is dependent on knowing exactly what’s in your food.

At 6SensorLabs, we are creating Nima, a portable sensor that enables people to take a sample of food and test it for trace amount of allergy-provoking ingredients on the spot — starting with gluten and quickly extending to peanut and dairy. The chemistry-based sensor is also Bluetooth-connected, so users can capture what they tested and share the food-testing data with other people with similar dietary profiles.

For those interested in understanding if their food has gone bad, the FOODsniffer is an electronic nose that can detect the level of volatile organic compounds in the sample, so you can know, for instance, if a piece of meat is safe to eat.

As these technologies are becoming more accessible and empowering consumers with knowledge,  there’s also a trend of companies providing state-of-the-art data direct to consumers eager to find specifics about what they are ingesting:

All of this innovation in food transparency leads to a bright future, but to get there, the “quantified self” movement that provides metrics to improve daily lives should extend to nourishment as much as movement/sleep; in other words, we need to track fuel as much as energy consumption. This would allow us to know how much we need to sleep, eat and exercise to perform optimally on a personal level.  This is important, because it’s such an individualistic issue, and it evolves as we age.

You are what you eat, and we are (now) ultimately better understanding the food we put in our bodies.  One of the components of this: understanding how food affects us in the sense of where it comes from, how it’s processed and what’s in it — and then connecting that information to our own health outcomes. With all of the advancements in the area of med tech, we can start to generate more data on nourishment; and with continuous tracking, these data points will reveal patterns – with the result that the recognition of patterns will drive behavior change on a very personal level, for millions of people.