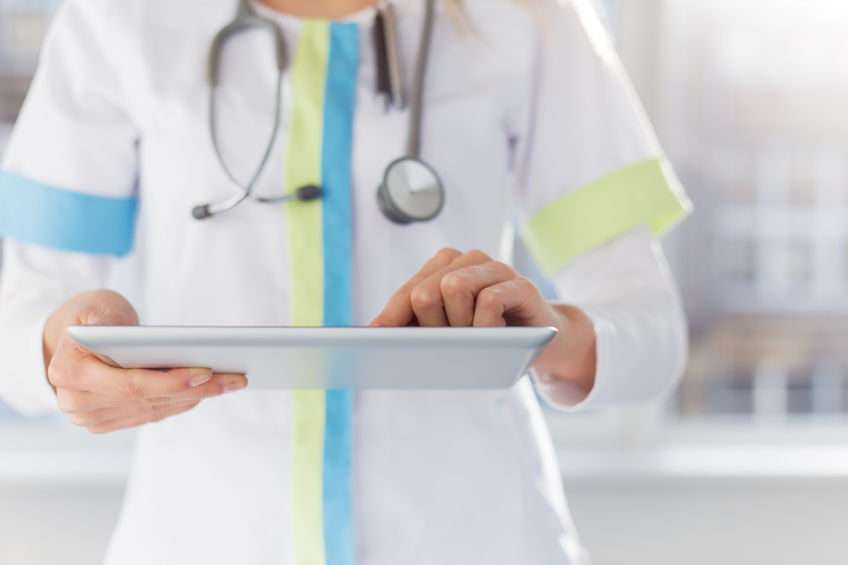 Last year, South by Southwest (SXSW) held its inaugural Health & MedTech segment within its Interactive Meeting. I work in the pharmaceutical biotech industry. It seemed like a perfect justification to attend my first SXSW. The digital health conference brings together experts, stakeholders, entrepreneurs and venture capitalists (VCs) to address the growing challenges of the health care system and showcase technology that improves our well-being. The sessions ranged from nutritional health and sports, to healthcare policy and inefficiencies.

The Health & MedTech segment, still in its infancy, had room for development. The overall organization needed more structure, the meeting spaces were not always conducive to interactive discussion and the exhibitor hall was sparse. Nonetheless, the topics were timely, the conversation animated, and the enthusiasm palpable.

One of my favorite sessions at SXSW featured Jonathan Bush, CEO of athenahealth, speaking on “Connecting the Disconnect: Fixing the Pain Points in Health Care.” Bush appeared on stage, passionate and outraged about the state of our healthcare system. He provided two prime examples: the electronic medical records (EMR) system and the onerous healthcare insurance process. He noted we are nowhere near where we thought we’d be in the integration of health and technology.

For example, the EMR systems aren’t integrative, they’re cumbersome, costly, and inefficient. He told a story about tearing his anterior cruciate ligament (ACL) and the excruciating process he had to endure to finally get a confirmed diagnosis. It really resonated with me as I had just torn my ACL the week prior and was extremely frustrated at the hoops I had to jump through: the numerous doctors and office visits, the redundant tests and payments and the time wasted on the phone with the insurance company.

Bush and I had the same question: why are we still stuck in this archaic system? Momentarily, it made me feel better that the CEO of an insurance company had to suffer the same exasperations as me. Then however it dawned on me: if he can’t get things done, what hope was there for the rest of us?  Are we bound to cyclical inefficiencies, exorbitant costs, and redundancies? To all the techies, VCs, and entrepreneurs out there – here are your boundless opportunities.

Innovation: There’s an App for That

Despite the numerous challenges we still face in the health industry, there have been remarkable advancements in the health technology sector. The MedTech sessions and exhibits featured apps, platforms, and wearables for just about anything health-related. There was a wide range of apps for tasks such as testing gluten in your food, determining food portion and calories, and testing for genetic defects. Everything you need to be your best self.

There are also now technologies that can determine your predisposition for specific cancer genes as well as individualized treatment options.  In addition, you can test for enzymes to identify if you will metabolize a drug too fast or too slow, to avoid ineffective treatments and adverse effects.  One company presented a database that allowed scientists to test hundreds of mutations at once and investigate appropriate cancer drug targets. An added benefit is all of this can be done (virtually) in the comfort of your own home — no pun intended! But in fact, Telemedicine and virtual reality healthcare are becoming the norm: for example, if you are considering seeing a specialist or enrolling in a clinical drug trial but don’t want to travel hundreds or thousands of miles, you can FaceTime the specialist. Patient-centeredness and simplicity were thematic throughout the MedTech sessions this year.

Where do we go from here? We have the infrastructure, the minds and the technology. How do we bring all these things together?

MIT Hacking Medicine is known to host health hackathons, events that bring together diverse participants, from doctors and patients to engineers, to discuss and intensely innovate solutions related to healthcare challenges. MIT hosted several mini-hackathon workshops at SXSW. The brainstorming sessions were a hit. It was invigorating to hear the different perspectives on not only the problems but the potential solutions.

The other stimulating sessions, also sponsored by MIT, were “The Barracuda Bowl.” It was a Shark Tank- style pitch session of healthcare-related business ideas. The prize was a flashy ribbon and bragging rights, with an added bonus of gaining feedback from top tiered healthcare VCs. The best ideas were brilliant and simple – for example, an app to measure concussions on the sideline during a game. A platform that cuts down hospital stay time by connecting hospitals and long-term care facilities. An artificial, closed-loop pancreas that alerts a diabetic person when to reduce or increase carbohydrate intake, and even provides an alert if they’re sleeping.

These workshops and sessions sprung lively conversations. The debates were fierce. The ideas were flowing. I sure hope someone was taking notes. Ultimately though, how do we transform these ideas into actions and solutions? After all, it’s another eleven months before the next SXSW – so we can only hope that the innovators will be back next year with a file full of uplifting results (or reports on tweaks they made that pointed them in a better direction)!