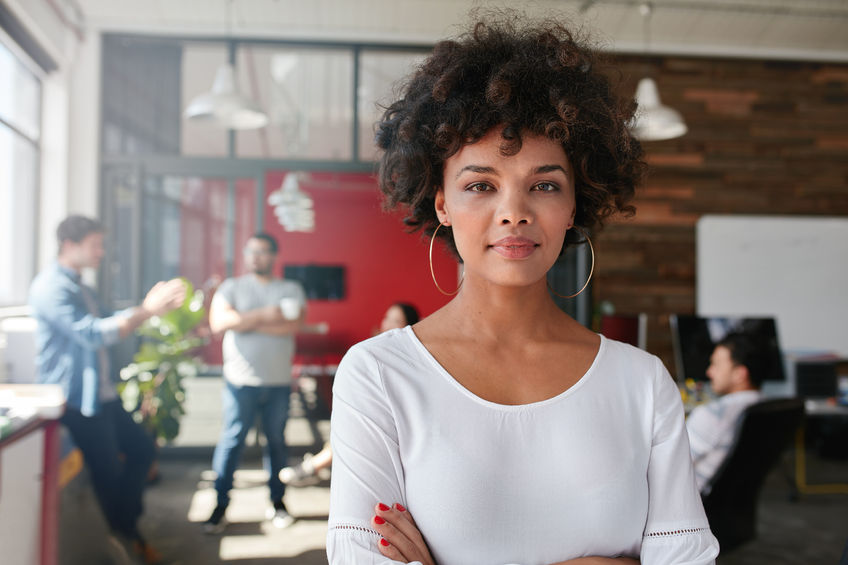 How Emotional Intelligence is Changing Business, Why Thought Leaders Think It’s So Valuable, & Why Women are Good at It

“Be kind. For everyone you meet is fighting a hard battle.” Wise words that are more than a hundred years old (thought to be uttered by Ian Mclaren, a Scottish author and theologian). McLaren was talking about something that clearly isn’t a new philosophy: empathy. Yet it was one of the most revolutionary themes reiterated again and again at panels during a recent professional conference I attended, SXSW 2016 in Austin, Texas.

It was revolutionary to be discussing it, in the sense that it feels like companies have forgotten how to use it. The idea that they could use empathy — both internally, with employees, and externally, with clients —  in order to provide a better working environment was so refreshing, I went back to work and wrote a presentation about it for my bosses.

One speaker who blew me away: Gary Vaynerchuk, of VaynerMedia and #AskGaryVee fame. He talked about how, too often, employers use fear to scare their employees into doing what they want and getting the most out of them (ahem…Steve Jobs…may he rest in peace), but that that isn’t really the best way to motivate people. Instead, Gary believes in using empathy: if a company takes the time to truly listen to and understand their employees or their clients, they will get a better understanding of what is really needed from them. It ends up being mutually beneficial. The employee or client gets their needs met, and the employer or vendor will in turn most likely get what they need.

Empathy and the Female Brain in the Business World

Empathy, which is part of Emotional Intelligence (or EQ), isn’t something that’s easily taught (although luckily for those that don’t have much of it, it still can be). According to the latest neuroscience research by the BBC, 98% of people (the exceptions include those with psychopathic tendencies) have empathy hardwired in the brain.

But not everyone taps in to their full empathic potential. That’s where women have a leg up. Studies have shown that women tend to be more empathic than men in many areas. One study by Griffith University and the University of Queensland used data from a national survey of over 20,000 people in Australia to evaluate how the mental health of individuals changes, based on their partners’ experiences. They found that “when partners were ill or experienced the death of a friend, women were noticeably affected, yet men were not significantly affected by the negative events in their partner’s life.” Brain scientist Simon Baron-Cohen states that “The female brain is predominantly hard-wired for empathy. The male brain is predominantly hard-wired for understanding and building systems.”

This might not be new to most people. What was new was the amount of emphasis and importance SXSW speakers were placing on it in the work environment. And how this can truly be to women’s benefit.  Why?  Because companies are currently breaking ground in this area in new and inspiring ways — while others have been doing it for a while.

How Sympathy & Rapport Can Work in Commerce

One of the panels was with the Vice President of Human Resources for Patagonia, Dean Carter, and the Chief Marketing Officer for Lyft, Kira Wampler. Patagonia was one of the first companies to offer paid maternity leave and onsite child care (as far back as the early 1970s, which was groundbreaking at the time). They have a 100% return rate for their employees who go on maternity leave, because they have built such a nurturing work environment that people actually want to go back. They practice what they preach by not underestimating the value of their team and investing in their company culture. They have a self-imposed 1% ‘earth’ tax to make good to the Earth some of the damage they have done by making their products. So they not only have empathy for their employees, but also for our planet.

Lyft is new to the business world by comparison. The ride-sharing service popped up on the scene just four years ago. They have a philosophy of humanity and to treat people with dignity and respect. They’re the only ride-sharing service with a tip feature — which earned drivers $65MM last year. It’s also why they often encourage riders to sit up front with the driver — because we’re all just people, wanting to connect.

Frank Cooper, Chief Marketing Officer and Chief Creative Officer of Buzzfeed, stated that “empathy and human connection are the new superpowers for building audiences.” Sit with that for a minute;  go ahead and reread it. Or write it down on a Post-It and put it on your computer. The point: people don’t want someone just telling them what to do or think. They want connection. They want someone to understand them. Companies that do so are going to be the ones that excel in today’s age.

The Basics of Empathy:  Learn It, and see How it Benefits Everyone

So how can we do that? Below are five easy steps (aka “The Five A’s”) to keep in mind when trying to be more empathetic in the workplace, whether that be with your coworkers, your manager, your employees, or your clients.

For additional tips and tricks on becoming more empathic, check out this helpful page from MindTools.

Since women tend to be more empathic, it’s time for us to lead the way and show how empathy and emotional sensitivity are positive traits that can strengthen our work environments and relationships for the better.  And since I started this with a quote, I’ll end on one as well.  It comes from one of the strongest female examples of our time, Meryl Streep: “The greatest gift of human beings is that we have the power of empathy.” It’s time for us to use that power.