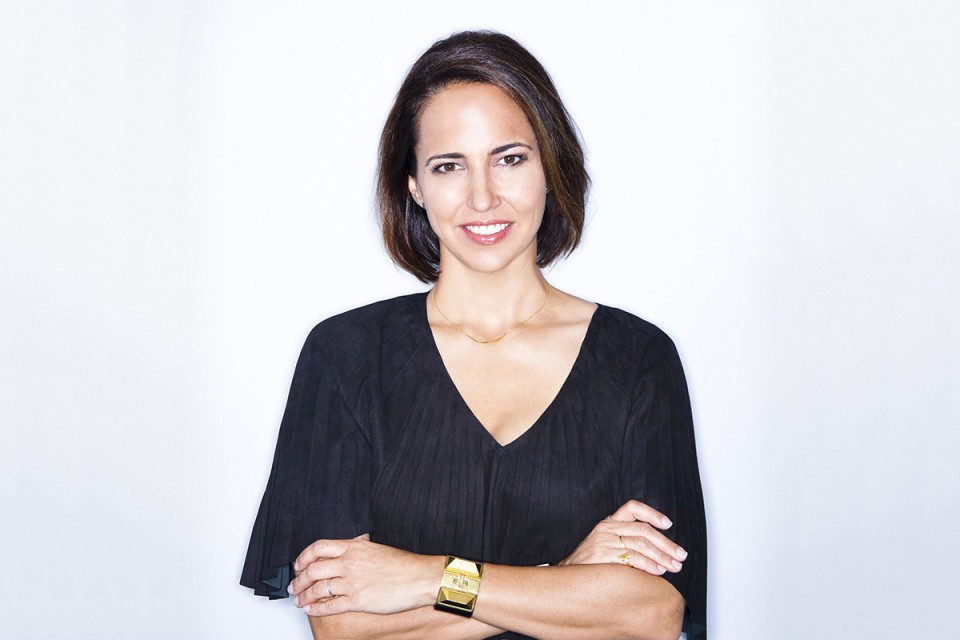 Anne Fulenwider, Editor-in-Chief of Marie Claire, Harvard Grad, and Advocate for Overcoming Obstacles to “Stick with it”

Anne Fulenwider, the Editor-in-Chief of Marie Claire, has the sort of publishing pedigree aligned squarely with the role of tastemaker: the Massachusetts-born Harvard grad worked as a Senior Editor at not only The Paris Review, but also Vanity Fair (where she introduced the “Fanfair” section), before positions as Executive Editor at Marie Claire and then Editor-in-Chief at the Condé Nast publication Brides.  In 2012, she returned to the magazine with the French moniker (founded almost eighty years ago and now published in 35 countries) to helm its staff and monthly content.

Her tenure has been marked by several milestones: in 2014, Marie Claire saw its pages increase 6 percent to a record-breaking 261, and the year before, the magazine forged a surprising partnership with the NFL to promote its female clothing and accessories line (resulting in a noteworthy layout, full of flair and pep, in which photos of Tom Brady & Gisele are mixed with quick profiles of stylish female football fans, and ideas for couch-comfy food and drink).

In addition to Marie Claire’s impressive print addition, their digital and social platforms have significantly evolved. Fulenwider attributes a 3x increase in web traffic over the past year to their (relatively new) Digital Director, Jessica Pels, who has been able to “successfully translate and manifest the voice of the magazine online.”

Other aspects of Fulenwider’s vision as Editor-in-Chief: her of-the-moment Twitter espousal of issues like Black Lives Matter and the will-they-or-won’t-they brouhaha about putting a woman on the $10 bill.  This au courant element is of course what one would expect of a magazine so influential that it publishes in far-flung locales like Lebanon and Saudi Arabia; had its own reality show, 2009’s Running in Heels; partners with Project Runway, with its Creative Director, Nina Garcia, as a judge (Fulenwider has also guest-judged on the show); and this year hosted a jauntily-named “Power Trip Summit,” sponsored by companies like JetBlue and Dell (but, according to the magazine, comprised entirely of women, right down to the photographers, chefs and even pilots who flew the staff to San Francisco!).

Fulenwider notes that Marie Claire doesn’t shy away from gender and diversity topics, citing that they were the first fashion magazine to hire a transgender contributing editor, Janet Mock, and admirably stressing, “We are a women’s magazine. That means we are for anyone who identifies as a women.” Furthermore, she points out, “We really embrace diversity in the world and we’re very conscious about getting a lot of different voices in the stories. It’s really part of the DNA of the brand, but it’s also part of this generation of smart women.”

How does she do it all one might wonder – from fashion shows to editorial staff meetings to professional events like SXSW? Fulenwider says it all comes down to “clarity of vision, clear direction, and open and constant communication.” She has a team of 4-5 deputies whom she says she trusts explicitly, and notes, “It really comes down to having a strong team and hiring people who ‘get it,’ and who are consequently able to articulate very clearly what we’re doing.  And while everyone needs clear direction, you also need to trust them to do what they need to do and to lead their teams.”

While relishing the whirlwind of social engagement and razzle-dazzle attendant on her role, Fulenwider also spends time with her husband and two kids in Manhattan, the city she has called home for twenty-one years, and looks forward to more development and breakthroughs from the magazine she describes as “a brand, but also a tribe, and a voice, and a vision of women’s lives right now.”

What are the first three things you do when you wake up in the morning?Kiss my children and my husband, try to wake them up, all three of them, fail (!), then exercise — that’s a huge mood-booster, it helps me feel really complete.  And, lastly, coffee!

What keeps you energized and motivated at work?The spirit of the staff and the mission of Marie Claire to empower women. And always trying to find out what’s the next big thing – plus curiosity! I really love coming to work every day. I really enjoy the points of view of the staff — we have a tight-knit bunch. We just recently had an occasion; I sadly missed it, but we had a rosé-and-bra-fitting event in the office called “Boobs and Booze.”  We have a spirited, energetic office full of people who run around all the time and exchange ideas. It’s really stimulating.

What is the favorite part about your job?I’ve met so many incredible women around the world in the last 3 ½ years. It’s just rewarding, and I personally love it, and it also really gives me perspective for the magazine and what we should be covering. Women’s lives are changing so dramatically right now, and it’s great to get out and see that in action. From meeting [Pakistani Nobel Prize-winning activist] Malala, to encountering Abbi & Ilana [from Comedy Central’s Broad City] at this year SXSW, to constantly meeting fashion designs and artists, it’s all a stimulating part of my job.

How does your culture/background influence your work?I was born in New York City and grew up in New England, and have been back in New York for twenty-one years. So my background isn’t that exciting! But I did come from a really long line of matriarchal women; women who thought education was really important, who were confident and had a voice, and frankly could be really bossy in a great way! Seeing that growing up, from my grandmother, to my great aunt, to my aunts, to my mother…I didn’t grow up in a world where women wouldn’t do anything, so it took me awhile to realize that existed.

Do you have a “Power Outfit” that you wear for a big meeting or important work event?I try to have a few. Working in the fashion world, I have access to seeing what’s out there and what’s new. Every season I have one or two things that end up being my favorite. This past winter it was a top from [Italian designer] Marni that was black and white and bold and graphic, plus big, baggy pants! That just made me feel so confident. I think that clothing — and honestly, hair and make-up — can really, if you get it right, make you feel like you have “armor” — they can make you feel like they’ve done half your job for you.

What has been your biggest obstacle in your career and how did you overcome it?Lack of confidence in myself. Not trusting that I could do something. I don’t feel like I’ve been held back in my career, but whenever I look back at the times I hesitated or was unsure, it’s because of my own insecurities.  And the answer always comes down to, “go for it.” Even if you’re scared. I almost didn’t take the job at Marie Claire and in the end, of course…!

What are the most important qualities of a good leader?Be clear about your vision, be decisive, and communicate your vision to your staff.  Open communication and decisiveness are very important; waffling can be worse than worse than making the less-than-perfect decision.

How have mentors impacted your personal and professional development?When I got to NYC, I had so many great women in publishing as role models, and was able to watch them manage their careers, the families, their relationships, their husbands, children, etc. I looked up to them, and they became informal mentors.

What advice would you give to women starting their careers?The one thing I would say to women, even mid-career, is to just stick with it. I’m a big believer in that. So many give up or opt out, and often, there are many personal reasons behind those decisions — but one of the most important things that I tell young women is to stay in your career. Stick with it.  It’s not all going to happen all at once, but if you do a great job, and make the right connections, and promote yourself, and talk to people, you should just stick with it.

What is the favorite quote you try to live by?“Whatever you can do or dream you can, begin it. Boldness has genius, power and magic in it” – said by Goethe, the eighteenth-century German writer. The point and provocation is to actually do it. You can have so many dreams and aspirations, but you have to put your feet on the ground in one direction to make anything happen!