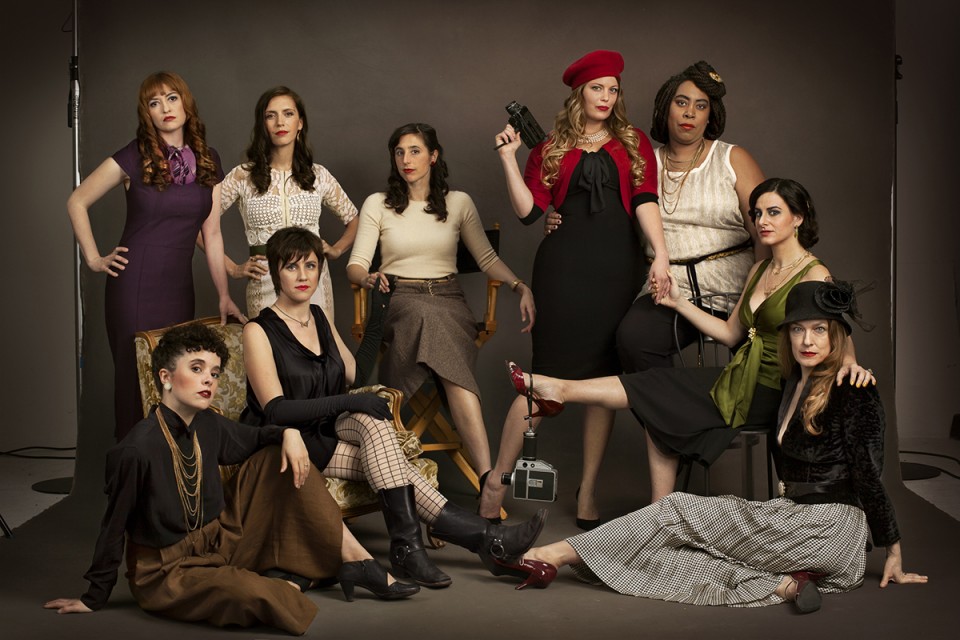 Talented, Energetic Women Behind the Camera are Founding Organizations and Making a Huge Impact

“There’s a lack of female stories, and I feel as a woman, not only a predilection for them, but a responsibility to keep telling them.” – Julia Hart, writer and director

“…It’s a very tough business for everyone. It highly competitive, tough to break into and very tough to maintain a career. But I think there is and has always been a lot of unconscious bias against women. A number of us have experienced some pretty outrageous sexism… I think even more poignantly, people envision composers as men.” – Laura Karpman, composer & founder of Alliance for Women Film Composers

The Stats: Women in Film Today

There is a dearth of women in film.  That is a fact that many subconsciously know, but don’t fully understand.  After I spoke with female writers, directors, and producers at the 2016 South by Southwest Film Festival in Austin, Texas, I understood it much more. Despite posing questions about creativity, inspiration, and directorial process, there was a central, inescapable theme: film is male-driven, and if content doesn’t play to white, middle-class men ages 18 to 24, good luck finding funding.

Fans rave about current female-driven roles and storylines.  Jessica Jones.  Imperator Furiosa.  Katniss Everdeen.  Rey.  Why?  For the very ironic reason that they’re novel.  In a world full of James Bonds and Christian Greys, a kick-ass female lead is novel.  Likewise, a well-known female director is an anomaly.  And a successful female film composer is a near-impossibility.

So much so that a 2015 study by the Geena Davis Institute on Gender in Media assessing the representation of women in film in the United States and the ten most profitable areas internationally (Australia, Brazil, China, France, Germany, India, Japan, Russia, South Korea, and the United Kingdom) found that only 31.9 percent of all speaking roles —  that is, uttering one or more words — belongs to women.  Further, only 23 percent of all films feature a female protagonist, and only 10 percent of the films have a gender balanced cast, which means that 45 to 54.9 percent of a film’s cast is women.

The numbers are even more abysmal for women producers, directors, and composers: 23 percent of all producers are female, 7 (this is a single digit number, so I have to spell it out) – SEVEN – percent of all directors are female, and only 1 percent of all composers working on the top 250 films of 2014 were women. According to the Geena Davis Institute on Gender in Media study, these are the same numbers that prevailed in film thirty years ago.

A Female Director Founds Film Fatales, and the World Responds

Enter Leah Meyerhoff and Film Fatales, a community of female filmmakers.  The New York City-based group began in 2013 as Meyerhoff prepared to make her directorial debut with the award-winning I Believe in Unicorns.  As a first-time director looking for reassurance and guidance, Meyerhoff reached out to several directors looking for advice and found that the overwhelming majority of those who responded to her were women.  She invited six directors to her home for dinner, and the group exploded from there.

“It was such a rewarding and empowering conversation that at the end of that dinner we said, ‘Hey, let’s do this again.’ Another woman in the circle said, ‘I’ll host next time,’” Meyerhoff explained in an interview with Paste Magazine.

Since that evening three years ago, Film Fatales has grown into twelve locally run grassroots groups around the United States, with more than 500 members between the NYC and Los Angeles branches alone.  Globally, there are chapters in Istanbul, London, Melbourne, Montreal, Paris, San Jose, Sao Paolo, and Sydney, with new ones forming all the time.  Indeed, expansion is on the rise globally as membership in the London syndicate jumped from three members to more than one hundred members in just a year.

“Every month, hundreds of women directors meet in local groups to share a meal, update each other on their projects, and engage in a moderated discussion about relevant topics in film,” Meyerhoff said.  “The women in Film Fatales help each other get films made and seen.”

Originally, to join the network, a director had to direct a feature-length film that was publically released.  But since the organization’s inception, the model has been expanded to include separate groups for documentary directors and television directors in some of the larger collectives.  Additionally, Film Fatales keeps a directory of female folks who work in other aspects of film and is working toward creating a comprehensive list of female directors that studios and producers can use when searching for directorial talent.

Recently, Meyerhoff and Film Fatales have been contacted by several production companies looking for female directors. “In many ways,” she said, “we’ve become a de facto agent collectively for women directors.” In a follow-up email, Meyerhoff noted, “Anecdotally, I have watched as members of the Film Fatales community have shared resources and opportunities with one another that have helped get their films made and seen. Production companies and independent producers regularly reach out to Film Fatales for recommendations of women directors to hire and we have started seeing more companies set internal ‘inclusion goals’ to widen the talent pools from which they draw.”

Because of the fast success of Film Fatales, and the expanded awareness of gender bias in film, Meyerhoff said Film Fatales has experienced some growing pains, challenging the network to find funding to ensure sustainability. To do this, the organizational leadership plans to scale back expansion during 2016 and to apply to become a non-profit corporation with fiscal sponsorship; this would allow Film Fatales to hire a fundraising team that focuses on securing grant funding as well as seeking corporate and private sponsorship with the aim of continued horizontal expansion. “On the one hand, having small, narrowly-defined groups can be really empowering,” Meyerhoff explained.  “At the same time, we need people outside the group to create systemic change.” Indeed, Meyerhoff and Film Fatales have inspired other women in film to establish their own job-specific directories, collectives, and organizations to increase female visibility in the industry.

According to Danelle Eliav, a founding member of Women Independent Producers (WIP), one of her WIP co-founders, Cornelia Ravena, employed a collective gathering model similar to that of Film Fatales for about two years.  Ravena’s network, Women Producer’s Group, began in 2013 and morphed into a more formalized body after she met Meyerhoff in in early 2015. Meyerhoff, along with another WIP founder, Stephanie Dawson, proposed starting a producer’s chapter of Film Fatales, and asked Eliav and a fourth WIP co-founder, Kelly Bachman, to join the endeavor shortly after.  The four (Eliav, Ravena, Dawson, and Bachman) ran the group for several months before adding three more producers to WIP’s leadership team: Adetoro Makinde, Brandi Savitt, and Rachel Watanabe-Baton.  The group ran under the Film Fatales name until the beginning of this year, when it officially branched off to become WIP.

Although still in its infancy, the group already has eighty members in its NYC chapter, and is looking to expand to Los Angeles within the next couple months. “We would like to provide our members with greater access to institutions, grants and financiers for their projects,” stated Eliav. “We would like to continue to open doors for female producers and facilitate international co-productions for our members. We also want to offer discounts and partnerships from vendors for travel, production and film festivals and markets.” To counter some of the institutional and financial barriers women producers face, WIP provides a space to discuss their work and to find support in their process. “We have provided an opportunity for our members to not only lean on each other, but to also collaborate,” added Eliav.  “In one short year, we have initiated a few collaborations, and we hope to increase that number in the next year.”

“At the end of each meeting we each go around the circle and state one offer and one ask,” Eliav continued.  “This has been enormously helpful, and whether it be recommending a good music supervisor, or connecting a producer to co-production resources in Prague, or finding out who’s connected to a certain actor’s reps – we have found success.  Each person’s network becomes the whole community’s network, which is the ultimate goal.”

With these and yet more organizations dedicated to redressing decades-old gender imbalance issues, talented women behind the camera are finally on their way to making the type of deep, sustained impact in the film industry for which they yearn.