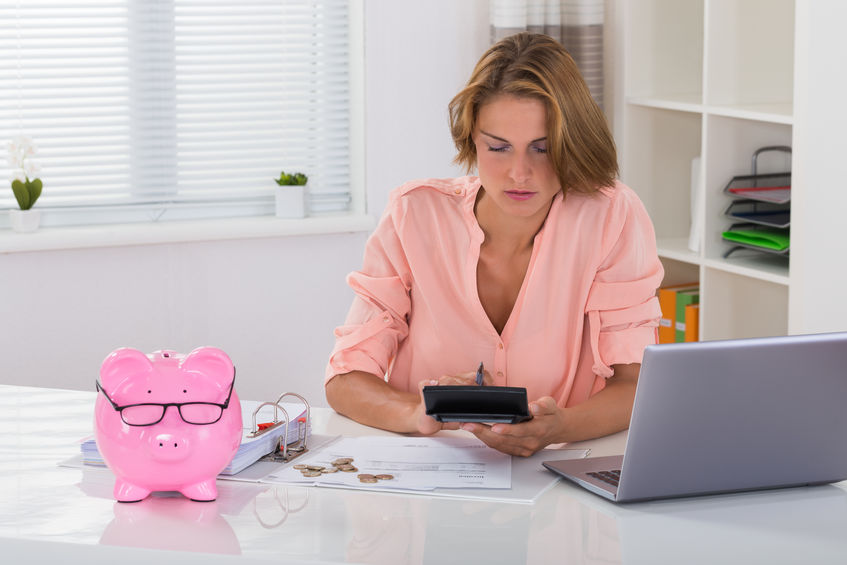 Women control the majority of personal wealth in the United States, with an impressive $14 trillion at their disposal. In fact, according to a study by BMO Financial, women control 51% of U.S. personal wealth, hold 52% of professional positions, and are the primary breadwinners in 40% of U.S. households. Those are exciting data points for a group just a few years away from celebrating the centennial of their right to vote in the U.S. (August 26, 2020).

Yet, despite a century of considerable accomplishments, women’s investing has not kept pace with their financial clout. The U.S. Department of Labor reports that just 44 percent of women participate in a retirement plan, which is alarming given that most women will not only outlive their partners, but will need to support themselves financially for at least twenty years past retirement.

So, what do education and lifestyle have to do with women and investing? Turns out, a lot. According to the compensation researcher Payscale, a woman with an undergraduate degree will see her salary plateau at about age 39, whereas a woman with an advanced degree could continue to see her salary increase for another decade. Obviously, the woman whose salary peaks earlier has a reduced ability to increase her investments and make additional contributions as the years go on.

In addition, a woman’s lifestyle goals will have a considerable impact on her financial plans. For example, two women, each 25 years old, might have lives so similar that they could be clones of one other — except one woman’s only financial goal is to set aside money for retirement (with no large expenditures in mind), while the other one wants to take multiple vacations, get her master’s degree, and purchase a home before she retires.

Thus, the woman who only wants a retirement fund has forty years to arrive at her goal using a steady investment plan, whereas the woman who wants to travel to Europe in five years, plus purchase a house in ten years, will need more hands-on financial planning to support her lifestyle.

Given these contrasting scenarios, and worrisome statistics, it’s time for women to take ownership of their financial freedom. According to a study by Fidelity investments, “92% of women want to learn more about financial planning” and “83% want to get more involved in their finances within the next year.”

Enter Sallie Krawcheck, CEO and co-founder of Ellevest and owner and chair of Ellevate Network.  In 2013, Krawcheck acquired 85 Broads (a play on Goldman Sachs’ address, 85 Broad Street), which was a former networking group for the female leaders at the financial institution. She renamed and re-themed it into Ellevate Network, with a focus to grow it as a global network and help women connect, learn and invest in each other. Now, after several years working to expand Ellevate’s network of financially savvy women, Krawcheck has ventured further into the financial arena, with a new digital investment platform for female investors, named Ellevest.

How did Krawcheck’s passion for women and investing arise? Formerly the CEO of Merrill Lynch Wealth Management and of Citigroup’s Smith Barney unit, Krawcheck said her experience taught her that the industry needed to work harder for women. In fact, her concern was that nobody was speaking an investment language directed at women. She found that women are more connected to the potential that money provides: in other words, to the emotional and psychological comfort and joy it can bring. Or, as Krawcheck explained, “Women want more money, not as a goal unto itself, but as a means to doing what they want to do in life: buy a house, start their own business, have a child, retire well, go on a trip around the world. Money is the means to that end.”

So, what is keeping women from achieving their financial potential? What is the biggest mistake or missed opportunity for women when it comes to investing? The answer seems to be: not investing early enough and understanding the impact that will have on their financial freedom. Or, in detailed terms — as Krawcheck explained — they don’t fully fathom the power of compounding.

Looking at it from a different angle: let’s suppose a woman making $85,000 puts aside 20% (the amount recommended by most advisors) in her savings account for a decade, but she never quite got around to establishing a diversified investment portfolio that took into account compounded interest. The average amount of money she would lose — by not investing it over the course of that decade — is $100 per day.

Can any woman afford to lose $100 per day? No. Is this an issue specific for women? No, but it tends to be a more prominent issue for female investors.

Interestingly, Krawcheck contrasted women’s biggest investment mistakes with money errors men commonly make, saying that men will typically “fall in love with a winner or over-trade” (the former could be compared to picking a favorite sports team and dedicating the bulk of their time to it, rather than diversifying their interests). Women, on the other hand, tend to:

If women want to avoid this last mistake, and not brush aside the power of compounding, they should take note of the aforementioned scenario of the two women at 25. The first woman, who’s only saving for retirement, has more money and time to make compounding work for her. The second woman will need to start investing earlier, and to find other ways to offset her lifestyle expenditures to meet the same financial goals for retirement.

Regardless of which scenario seems more similar to readers’ own lives, if women overall understood the incredible power of compounding to increase the amount of money they have to invest, Krawcheck suggested, they wouldn’t make as many financial mistakes. In other words, they might be less in favor of the “wait and see” mentality and more open to dipping a toe in the investment pool.

In starting Ellevest, realizing and understanding the individualistic nature of each investor was key for Krawcheck. Along with assessing the backstory and future plans of female investors, the Ellevest digital investing platform was built with three factors in mind: to reflect the industry insights she had acquired over the years, to be tailored to specifically meet the needs of females, and to speak to them in a way that they understand. Krawcheck had noticed, for instance, that most financial institutions tended to speak in war and sports analogies that appealed to men such as “Beat the market, out-perform, and pick the winner!” But women didn’t always relate to that terminology.

Also, women left financial advisors at an alarming rate when their husbands or partners died, and then acknowledged to Krawcheck that the financial advisor they had shared with their spouses “was, really, that of the late husband or partner” and not so much theirs. Krawcheck felt this mass exodus of women had little to do with the caliber of the [male] financial advisors with whom they had worked; instead, she felt that women were being misunderstood and not spoken to in a way that they could relate to.

Ellevest and the Future of Women’s Investing

Out of all those experiences was born the idea for an investment platform specifically designed to meet the needs of female investors, and decades of training and skill on Krawcheck’s part  have now been combined with a fresh, cutting-edge approach to bringing financial success for women: Ellevest was initially launched in, Austin, Texas, a city known as having one of the largest technical conferences in the world (SXSW Interactive), as well as a vibrant community of  digital start-ups.

It’s also the perfect-sized city to test a new product launch — not too big, not too small, but just right to help bring the public onboard to the Ellevest experience. For the initial launch, Krawcheck and her chief investment officer, Sylvia Kwan, are personally checking every portfolio. As they move through their launch phase, Ellevest is slowly inviting women on their waiting list from other markets. “There’s real value to us to invite people in a way that we can engage with them,” states Krawcheck.

As a final way to condense some of the best and most basic investing wisdom, and regardless of the numerous digital investment platforms a woman chooses for her investment portfolio, she should remember these three points: