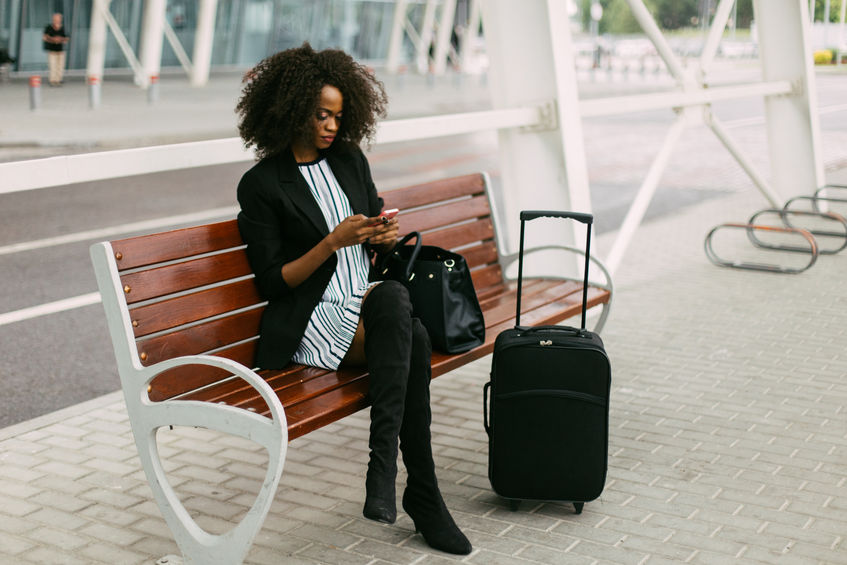 5 Things to Avoid When Traveling Abroad for Work

From following international safety advisories to practicing proper protocol with foreign colleagues, there are many things to keep in mind when doing business abroad. Here we offer five things you may wish to avoid to ensure a successful—and uneventful!—trip to remember:

Being Unprepared or “Winging” ItOne of the biggest mistakes a novice international traveler can make is not being prepared to assimilate into their host country. While stateside trips may be made “on the fly” with little or no preparation, international travel requires research to understand the customs, culture, etiquette and protocol of the people in the foreign country where you will be doing business.  And on a practical note, when doing business in a foreign country, it’s also a good idea to keep your passport with you at all times, carry contact information for your embassy, and keep a fully charged phone.

With international incidents spiking around the world, it’s wise to look at the safeguards in place for international travelers in case of an emergency. Remember that governments issue advisories about safety concerns that may affect travel to a particular country or region. Thus, it’s important to stay up-to- date about all travel advisories that may include warnings about terrorism, natural disasters, political unrest, wars, health emergencies, and outbreaks of violent crimes against tourists.

To learn more about the general culture of a foreign country and keep current about travel advisories, visit the U.S. Department of State website at www.travel.state.gov.

Taking “Business Casual” AbroadAlthough the U.S. is showing signs of a revival toward more traditional forms of business customs, Americans are still known for their predilection toward “business casual.” So, even as business cards here have been replaced by shared contacts on smart phones and traditional suits may have become garments of a bygone era, keep in mind that our international counterparts may follow more traditional and formal customs. In China, for instance, business cards are so revered that they are expected to be put into a case rather than a wallet or pocket. In Japan, you are expected to accept a business card using both hands.

As for clothing: dark, conservative business suits are still preferred in many host countries around the globe for both men and women. So keep the informalities stateside, and go “business class” with your international colleagues.

Watch Your (Body) LanguageLanguage barriers can generate many challenges when doing business abroad—both literally and physically. For instance, what may seem like simple hand gesturing can actually be highly offensive in a foreign country. As you probably know, the “OK” sign is a perfectly accepted cultural gesture in America, but in a country like Turkey and Brazil, it’s seen as a highly vulgar reference to the most private part of the human anatomy.

Another thing to watch out for is touching. While perfectly acceptable in the U.S., southern Europe and some Latin American cultures, back pats or touching someone’s arm, elbow or shoulder are all seen as inappropriate and lacking decorum in many other parts of the world, including the Middle East.

And speaking of actual language barriers, it’s important to attempt to understand some basic knowledge  of your host country’s native tongue. If possible, study the language or hire an interpreter to ensure there is no communication breakdown.

Don’t Forget your MannersWhen doing business abroad, it’s good to remember that culturally accepted manners associated with food, beverages and gifting are as varied as there are foreign countries. But keep in mind, also, that there are accepted forms of etiquette that may seem as foreign as the language of your host country. For example:

In general, it’s a good idea to do research into gift-giving practices and dining customs to make sure you don’t end up looking like a bad guest.

Don’t be the “Ugly American”Unfortunately, Americans are sometimes thought of as loud, arrogant and thoughtless by many international neighbors. But every time we travel abroad, we have the opportunity to eradicate the “self-indulgent” stereotype. Remember that in many countries such as Europe and Asia, some cultures prefer a more humble, collaborative approach to communication styles, as opposed to the sometimes egocentric styles of many American business people.

Also, remember that many topics of conversation such as sex, politics and religion are absolutely taboo in other countries, and these subjects may cause undue embarrassment for you and your international hosts. So again, it is best to do your research into culturally accepted topics and communication styles of the country you are visiting, and follow the lead of your hosts.