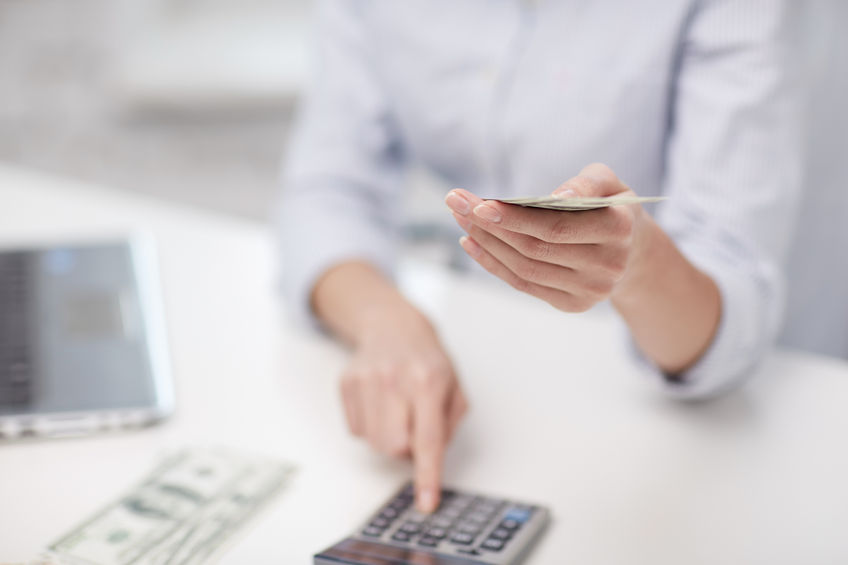 5 Ways to Put Your Raise to Good Use

When your boss tells you that you’re getting a raise, what’s the first thing you think about? If you’re like most people, you start dreaming about what you could use that money to buy.

Kayla Buell, 26, is no exception. When the social media manager gets a raise, she thinks about splurging on an expensive new purse. But despite her initial instinct, she’s never bought one.

“I never dramatically alter my lifestyle or spending based on getting a raise,” she said.

Even when Buell received regular annual merit increases at her previous job, she resisted the tendency many people have to allow their spending to keep pace with their income.

The danger of increasing your spending as your income grows—a phenomenon that’s often referred to as “lifestyle inflation”—is that if you’re spending too much now, you’re likely not planning for major short- and long-term goals.

While Buell, like anyone, has made some small financial missteps, through smart financial planning she’s been able to accomplish big financial milestones by saving her raises and those of her husband, Joe, and putting them toward things like paying for a portion of their recent wedding, buying their first home and starting a retirement nest egg.

Pay High-Interest DebtRepaying high-interest debt is one of the first things you should consider doing with your raise. While most people pay a relatively low interest rate on mortgage debt or student loans, credit card debt and other high-interest loans will cause you significant financial pain in the long run.

By paying down high-interest debt first, you reduce your overall monthly interest charges and free up more money to put toward the principal of your debt—helping you get out of debt more quickly.

Buell used one of her raises to pay down the small amount of credit card debt that she had accumulated. Doing so improved her peace of mind since, she said, “I feel horrible every time I see an interest charge on my statement.”

Set Up an Emergency FundIf you don’t have an emergency fund, it’s important that you create one so that you’re protected in case something unexpected happens. Experts typically recommend that you save enough to replace three to six months of income—which means that if you get a big pay bump, you should consider boosting your emergency savings even if you already have money set aside.

John Crabtree, 30, a nuclear plant contractor, wanted to splurge the first time he got a significant raise, but instead he put that money toward his emergency fund.

“Creating and expanding an emergency fund is extremely important because emergencies happen all the time,” he said. “The furnace goes out, you need a root canal, the car breaks down, or a kid needs braces.”

Crabtree’s emergency fund proved to be indispensable a few months ago when the engine on his  car gave out. “Because we had an emergency fund worth six months of our expenses,” he said, “we were able to buy a replacement vehicle with cash without having to stress over it.”

Review InsuranceLife insurance and disability income insurance are often used to replace your income should something happen to you. As you get raises, your income increases; and it’s important to review your coverage every few years to make sure that it’s still enough to protect yourself and your family.

For example, if you purchased a disability income insurance policy that, at the time, covered 90 percent of your income, after several raises it might cover only 60 percent. Similarly, if you purchased life insurance that was enough to maintain your family’s lifestyle if you were to pass, those needs might have increased as your income increased. To fix this, you may consider adding additional coverage every few years to ensure that you have enough.

Focus on SavingsSaving for long-term goals like retirement or major purchases like a home is a great way to put your raise to good use. Buell understood when she got her first job that saving for retirement was important, so she took advantage of her employer’s matching program and has made monthly contributions ever since. As her income has increased, her retirement savings have kept pace.

“Each time I got a raise,” she said, “I’d increase the contribution rate by a percent or two; and today I’m 26 years old with over $50k saved for retirement.”

She also worked with her husband to allocate a part of their increased earnings toward a down payment on a house. “We used our additional income to supplement our savings toward a home,” she said.

Reward YourselfWhile a lot of financial advice about what to do when you get a raise focuses on making practical decisions about how to use your extra money, that doesn’t mean that you shouldn’t put aside a portion to reward yourself.

For Crabtree, that meant buying a video game console to celebrate one of his raises. “I think it’s important to give ourselves rewards for achieving goals,” he said, “but the rewards need to be relatively small compared to the big picture.”

Making Good Choices Pays OffWhile Crabtree is glad that he and his family enjoy the security his smart choices have created, he acknowledges that these sacrifices aren’t always easy, especially for young people like himself.

“I think it is extremely easy for people to get caught up in lifestyle inflation because the image of what success is in our society is having the latest gadgets, always having new clothes, driving a nice car and living in a nice house,” he said. “But real success is based on the financial choices happening behind the scenes.”

Those choices might not be as fun, said Crabtree, but they can make a significant difference for a person’s future security and happiness—so it’s important to choose the right priorities.

Buell agrees and also believes that the sacrifices she’s made have been worth it. “I live below my means, and I’m happy,” she said. “I have everything I need without the stress and anxiety that comes from being in a bad financial spot.”