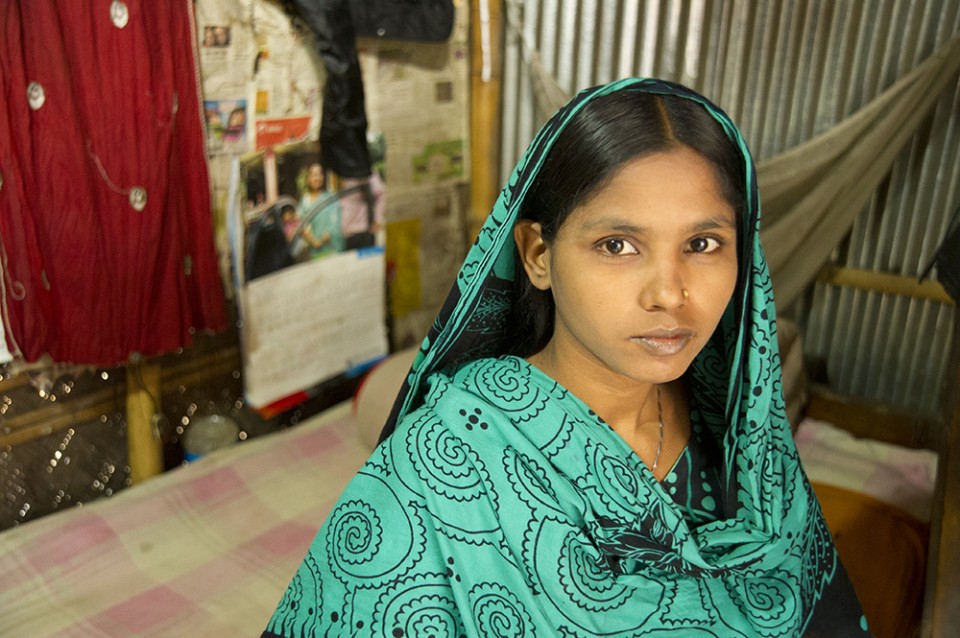 Back to School Time? Not for the 15 Million Girls Forced to Marry As Children Around the World

It’s that time of year – students everywhere are hitting the back to school sales to buy new clothes, sports gear and school supplies as they head back for another year of studies. For many young girls, it’s an exciting time.

But for 15 million girls around the world every single school year, this is not the case. For them, they are fitted for wedding dresses instead of school uniforms, forced to bid adieu to the classroom as they embark on what is commonly little more than a life of domestic servitude.

According to the United Nations Children’s Fund, (UNICEF) 700 million women alive today were married as children, and one in three girls will marry before her eighteenth birthday. For most girls, this means an end to their education, an increased risk of violence and sexually transmitted diseases like HIV, and days spent doing household chores and serving spouses, in-laws and, soon, children of their own, who are more likely to die during the dangerous and painful process of childbirth because their bodies are still developing.

Child marriage is — first and foremost — a human rights abuse, the harmful effects of which have been spelled out by numerous international treaties and laws. It is also increasingly recognized as a severe challenge to the social and economic development of the nations where it is prevalent. And we know that while child marriage has profound effects on the girl herself, when the issue is taken at scale, the compromised lives and potential of all those millions of girls starts to take a serious toll on global education rates, public health, and economic growth.

Child marriage is a global phenomenon, not claimed by any one geography, religion or culture. Reasons behind the prevalence of child marriage are complex and varied. In some regions, girls are more likely to be married off to mask or atone for an unplanned pregnancy, while in other regions, tradition is more likely to be the culprit. But in all countries and throughout every culture, the roots of the practice can be found in gender inequality and the perceived low value of girls’ bodies, rights, and lives.

“Even today, in too many parts of the world, girls are valued more for their bodies than their minds,” said President Barack Obama at a White House event he and his wife, First Lady Michelle Obama, hosted on girls’ education earlier this year. The Obamas join a growing number of global leaders—including the late Nelson Mandela and Archbishop Desmond Tutu, among others—in efforts to promote and protect girls’ rights to education, health, and an equal shot at a future marked by opportunity instead of marred by early marriage.

Steps Towards Progress – and Lasting Solutions

But how? Can one even hope to change a problem that is so massive, so complex, and so deeply rooted in such strongly-held human belief and behavior?

Indeed, there is hope. Research by the International Center for Research on Women has laid out a set of strategies that are proven to work in delaying marriage and improving the odds for girls around the world. This research shows that access to education; direct dialogues with families, traditional leaders and other brokers of girls’ fate; increased economic opportunities; and progressive legal and policy change can all work to end child marriage. But perhaps most importantly, they find that providing girls themselves with the space to learn about their rights, develop skills, and pursue alternatives to marriage, can profoundly transform their lives.

Examples of girls who have been empowered and who are making enormous strides not only in their own lives, but also in their communities, abound.

Take Josephine, from Kenya. Josephine was born in a remote village in Northern Kenya where girls around her were routinely subjected to female genital mutilation, forced marriage, and a practice known as beading, wherein girls are used for sex by males in the village in exchange for beaded bracelets, necklaces, and headdresses. “By the grace of God,” says Josephine, she got an education, became a nurse, and was able to return to her village and open a foundation to rescue girls seeking to escape marriage and the children resulting from unplanned, unwanted pregnancies. Now she is famous in Kenya and worldwide, was honored as UNICEF’s person of the year, and praised by President Obama as one of the world’s Young African Leaders who are shaping the future of the continent.

Another incredible young woman who beat the odds is Sonita, a girl whose family fled from war in Afghanistan and lived, undocumented, in Iran for most of her childhood. Although she was prohibited from attending school, she found an organization that provided non-formal education for undocumented Afghans. There, she discovered a talent for the arts, particularly poetry and music.  She also discovered that she had a lot to say about the way women and children are being treated. As a teenager, when her parents informed her that she would be forced to marry a stranger so that the dowry money they received could be used to finance her brother’s wedding, Sonita had the strength to fight for her rights. The song she wrote and music video she created about her horror at the thought of being forced to marry a stranger, “Brides for Sale”, was not only a persuasive argument with her parents—it has launched her to international fame. She now attends college in Utah and is the subject of a documentary film, Sonita is a Traveling Swallow,  that will premiere this fall.

Josephine and Sonita are just two examples that prove, to borrow the wise words of Beyoncé, that “girls run the world.”

Of course not every girl who gets an education and an opportunity to avoid marriage is going to rescue dozens of girls in her village, be honored by world leaders or become an international pop sensation. That is an unfair burden of expectation with which to saddle so many girls who are born with so little.

We know it’s possible to give girls the chance to decide their own fate, but we can’t go it alone. “NGOs try to teach youth but when they go home and there is no change, all their thoughts die,” says Sonita. “The new generation knows what is good for them, but we have to change the families.”

As with so many things, this too takes a village.