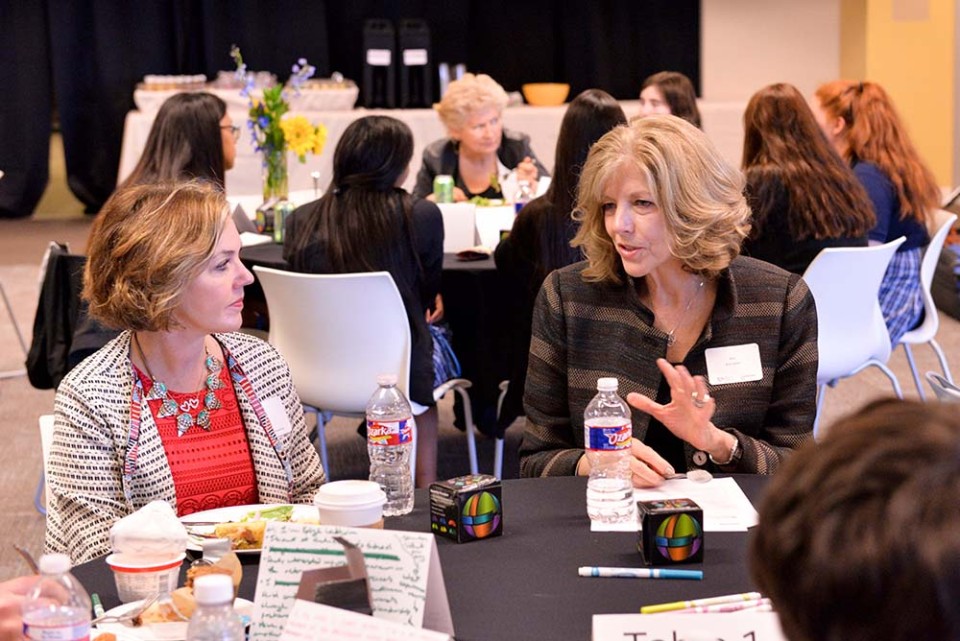 Educating, mentoring and inspiring young women is the most powerful and effective investment successful business leaders can make. Helping to shape young women’s lives – and to give them the commercial savvy they will need to create successful businesses — yields economic and social benefits for millions of people worldwide for many generations.

For most, it’s not a monetary investment that makes the biggest difference — it’s time, whose value is priceless. Unfortunately, for those who have reached the top of their careers, running large corporations, balancing their own personal and professional lives, and inspiring their own children, free time is (understandably) often the hardest thing to find. So it makes sense for women in business, recognizing this conundrum, to band together and form a solution.

Enter C200 (The Committee of 200), a women’s organization made up of some of the world’s most successful corporate leaders and entrepreneurs, dedicated to building a pipeline of future female leaders. “Success Shared” is the motto of this Chicago-based organization that places a huge emphasis on a “give-back” mentality, and its invitation-only membership of four hundred females — from companies ranging from AT&T and Estée Lauder to Jazzercise and TheStreet.com — ensures that the advice they dispense is absolutely top-quality.

C200 has several programs to put their “success shared” ideals into action: it administers scholarship funds to young women ($1.5 million so far), and provides an international spin on the idea of mentorship by overseeing a Reachout program – both in the U.S. and far-flung locales like Kuwait — that links up college and MBA students with their members for career advice. C200 representatives appear in-person at these events to present their ideas and mingle with future female leaders; C200 also sponsors an intense, for-serious-candidates-only Protégé Program aimed at female entrepreneurs who bring in annual revenues of $5 to $15 million to help get them to the $20 million qualification level for C200 membership consideration.

Sharing Success and Building a Pipeline of Future Leaders

One of C200’s recent Reachout events was in Austin, TX, at the headquarters of Intel, whose president, Renée James, is a C200 member. The afternoon spotlighted over eighty students from the Ann Richards School for Young Women Leaders in Austin, TX. This was a particularly appropriate mix: Ann Richards, the famous 45th governor of Texas (1991-1995) with a larger-than-life personality, was known for her dedication to empowering young women.

She once stated, after years of public service in the state government, “Teaching was the hardest work I had ever done, and it remains the hardest work I have done to date.” So, in 2004, two years before her passing, she founded a public, college preparatory school for young women with a focus on STEM (Science, Technology, Engineering, & Mathematics) education. The school combines a high-level academic focus with the individualistic aura for which Austin is famous.

Following are some nuggets of wisdom, business savvy, and been-there-done-that advice from astute female business leaders, including those from the Food Network, HGTV, Citrix, and T3, who attended the March 27 event.

10 Lessons and Key Takeaways from Women Who Know:

Dream Big – and Pick Yourself Up When Things Go Awry

What to Learn from Life’s Meandering Route

Just Go For It

Never Ignore the Power of Networking

“I have very strong feelings about how you lead your life. You always look ahead, you never look back.” – Ann Richards