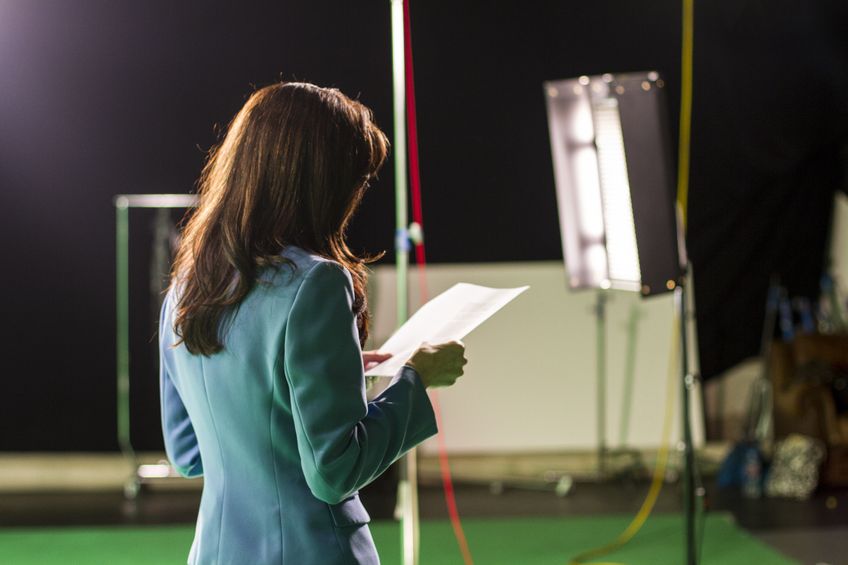 Deciding what to be “when you grow up” is one of the greatest challenges most of us ever face. Even those women that are solidly on a career path can awaken wondering if they misstepped somewhere along the way. To help newly minted professional women in their quest for the “right” career, Keisha Katz, an associate producer with NBC’s Peacock Productions, offers insights from her own professional path.

Peacock Productions, a division of NBC News, produces long form specials for various clients including Discovery Channel and VH1. Katz has produced everything from political to pop culture to crime-based series. As if producing crime specials doesn’t sound exciting enough, Katz also gets to travel to shoot segments for those specials. Katz manages to sound like an old pro, talking about seeing a project from pre-production, and planning to research and re-creations with hired actors, and finally, to archival and licensing. Sometimes she has only a 3-day turnaround, as was the case with a mudslide in Washington that they covered for the Weather Channel.

A 2011 graduate of Temple University in broadcast journalism with a Spanish minor, Katz has not been climbing the ladder for long, at least officially, but she determinedly makes every rung count. Katz is the type of young professional that makes a person crave a “do-over” in her own college and career tracts. Katz knows exactly which rung of the ladder comes next in her ascent, but that was not always the case.

Asked what she wanted to be when she grew up, Katz mentioned she thought she would be a lawyer. “I talked a lot, so people would say, ‘You should be a lawyer,’” Katz said, then added, “I didn’t have any concept of what a job in television was other than the people you see on TV.” 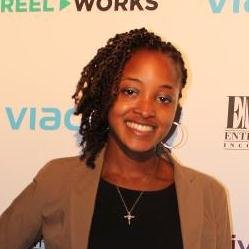 A Rockaway Queens, New York native, Katz understands that experiences broaden a person and increase the opportunities they see as available to them. She confined her early career options to what she saw around her as viable careers: doctor, lawyer and teacher. Despite early aspirations toward journalism, growing up Katz didn’t have any idea about the behind the scenes opportunities in television. She did not tour a major network or know anyone in television.  Fortunately, some smart choices expanded her knowledge.

As a high school student, Katz joined a junior filmmakers group in Brooklyn called Reel Works Teen Filmaking  through which the students shot and edited films as an after school activity. The experience taught Katz that it was possible to pick up a camera, interview people and edit it all on her own.

While she attended Temple, she worked several small, independent internships to gain varied experience and studied abroad in Spain.  In what free time she had left, Katz worked on the student newspaper and shadowed people that she met at events. Katz had multiple versions of business cards, even using her college email address, long before she had a job. She used the cards at every networking event she could attend, figuring that one day the cards would land with the right people. Katz said she was “big on networking probably since I knew what networking was.” Now she advises fledglings in every industry to actively network to meet people and learn from their experiences.

She attended conventions as a student reporter at no cost, so she could cover them for student publications but made sure to work the room while she was there. Katz’s first conventions were the National Association of Black Journalists convention and Online News Association Convention. Unlike so many other young hopefuls, Katz did not collect business card, tuck them away in a drawer, and hope for the best. She worked her contact list, emailing her network at holidays to check in, and keeping her name in front of them.

One of Katz’s mantras seems to be “make every experience count.” When Katz could not find a job immediately after graduation, she took a summer camp counselor position at the arts camp she had attended as a youth. To ensure that the experience was resume-worthy, she created a class to teach video as an art form. Using the skills she garnered at ReelWorks in high school, she instructed campers to shot video on flip cams that they later edited into a final exhibit.

After the campers went home for the summer, Katz had still not landed her dream job. She began contacting former classmates from Temple to find out how their own fledgling careers or job searches were going. Then, she went a step further to arrange meet ups with them for coffee or lunch to pick their brains about everything from the job opportunities at their companies to how they liked their new jobs. Finally, her networking led to a woman with whom she had attended college that worked at Peacock Productions. That lunch meeting led Katz to a job as a production assistant at Peacock Productions, and then to her role as associate producer.

“I don’t think there is a clear formula as far as getting into television. College sort of prepares you for certain things…but the hardest thing in business is not knowing what you don’t know. In hindsight, you wish that someone had just told you do letters A, B, and C and you will get to letter D.” Consequently, Katz is more than happy to share the tricks that have helped her advance so quickly.

In addition to making each experience count on your resume, Katz encourages women, and men, to use social media to gain valuable information and connections, even if they think it might not be useful to their career. “Be involved with social media. If you’re going into nursing, you may not think you need a Twitter, but I just feel like there is so much information,” Katz said.  You never know what will pop up on your Twitter or Instagram about an event, a scholarship, or a new contact. She uses Twitter and LinkedIn faithfully, but finds that Facebook is somewhat less effective for staying current.

One final tip Katz offered is travel as much as possible. Even if a person can only travel within their state, seeing new places, meeting and speaking with new people, Katz believes the experiences are enriching, and bring greater perspective.

When asked where her career might take her next, Katz said one possible role would be that of a Producer at Peacock Productions. In the meantime, she moonlights with her husband at RealGoodSports.com where he writes and she produces stories about inspiring athletes that give back to society.

With her vibrant personality and ability to make every experience count, we can expect Keisha Katz to continue inspiring the women around her.