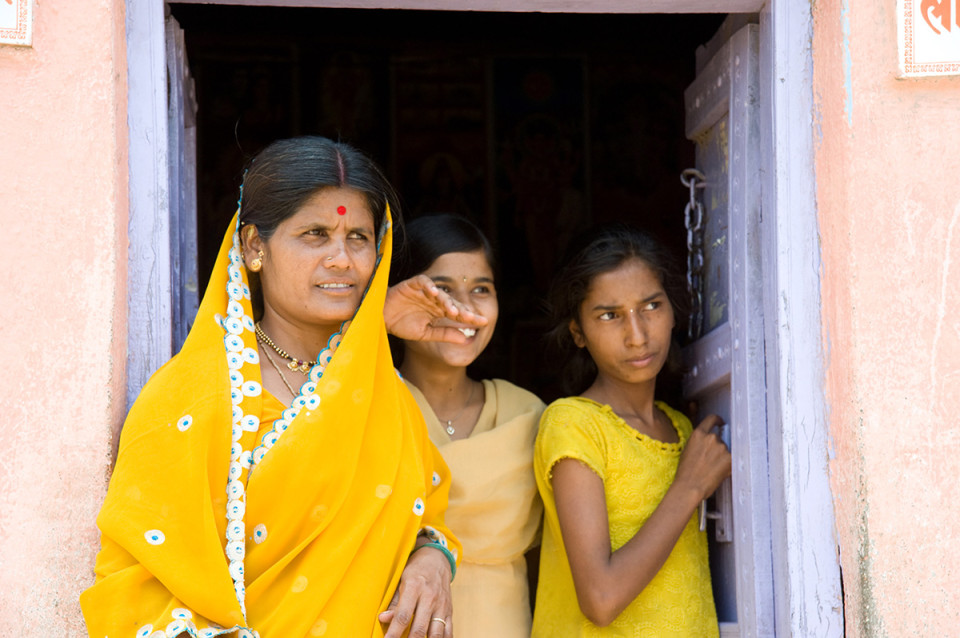 What does a woman think about as she stares out her office window? Is she thinking about whether or not to brave the supermarket on her way home to pick up a gallon of milk, or is she contemplating how different her life might be if she had been married at age 10 to a man of 35? If she isn’t thinking of the later, maybe she should. Maybe every woman should.

Last year 14 million girls worldwide under the age of 18 were married, depriving them of their childhood and education. Many assumed the roles of domestic servants in their much-older husbands’ households, and bore children at a very young age, thereby contributing greatly to childbearing morbidity.

The International Center for Research on Women (ICRW) thinks about child marriage, and other issues that inhibit gender equality,  and studies their effects not only on the futures of the girls whose lives changed forever by it, but also the effects on the future successes of all women. Their mission for nearly 40 years has been to “empower women, advance gender equality and fight poverty in the developing world.” They do so through the combined efforts of public and private sectors and civil society conducting research, developing programs and tracking change worldwide on a number of womens’ issues including violence against women (1 in 3 are affected according to WHO), HIV/AIDS, economic inequity, primary education for girls and maternal mortality. 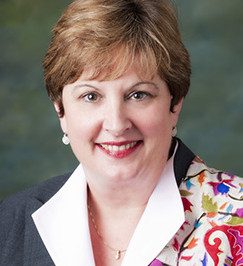 Dr. Sarah Degnan Kambou, President of ICRW, has been with the organization for 12 years. She joined ICRW when she returned to Washington, D.C. after an 11-year tour with CARE in Sub-Saharan Africa where she managed issues in the field such as HIV/AIDS, adolescent health, and reproductive health. Kambou admitted she is  “deeply passionate” about ICRW’s mission of advancing women and girls and promoting gender equality.

Kambou’s personal stake in ending child marriage comes from her mother-in-law’s experience. Her mother-in-law, the third of ten children, lost her own mother when she was 12 years old, and had an arranged marriage at 16. Like most child brides, her mother-in-law did not have the opportunity to complete school. She was determined, despite scarce resources, to provide a better life and more opportunities for her children. She brewed beer and sold vegetables to pay the school fees for her children to ensure they developed skills to make them productive members of society. As a result, her son, Kambou’s husband, is a senior economist at the World Bank and her daughter is a lead judge at the Labor Court in Ouagadougou. One can only speculate what a woman with such fortitude could have contributed to her community and the world if she had received an education rather than a marriage at such a young age.

ICRW is a global entity with its primary office in D.C., and two satellite offices, one in Nairobi to serve Africa, and one in New Delhi to serve India. Their asset base includes researchers from various domains: economists, anthropologists, epidemiologists, lawyers, communications experts, all of whom have worked in the field and add field-based knowledge to the mix. ICRW develops partnerships with organizations that are doing research on the ground and are dealing with complex issues of gender that are impeding the success of their projects. ICRW helps them “turn up the heat”  through ICRW’s understanding of the social dimensions in a community.

Applied research distinguishes ICRW from a think tank or a university. Their researchers are technical experts in a domain that apply the gender lens to the research they do. They go into a community to work with partners on the ground, and to look for issues at hand, not only to come up with the technical pathways forward, but also to make sure there is enough outreach, and information services to support the programs.  They also investigate the gender barriers that might keep women from navigating the plan. ICRW finds the toe holds to create strong gender intervention that will increase the impact from whatever program or policy is in place.

To encourage successful implementation of any program to address the issues, especially women’s issues like child marriage, Kambou said, “You have to understand how people live their lives and what they are dealing with on a daily basis.” Viewing an issue from the trenches allows ICRW to amplify their impact. Knowing culturally how women and men speak to each other and interact, for example, can influence the successful acceptance of a program. “We are looking for actionable evidence that will inform policy design programs and influence investment,” Kambou said.

Other organizations such as CARE, seeing ICRW’s research, may call attention to similar trends in the areas where they are working. By sharing knowledge and policies with other organizations, ICRW expands their reach to further the efforts that benefit women across the globe. Thus, everyone works together across cultures to solve what would be overwhelming problems.

If it seems like there is an overlap in issues, there is. That overlap is one of the reasons why ICRW’s approach is so important; organizations working together and encouraged by ICRW’s research, can better address intricate issues such as child marriage where the primary issue creates a trickle down of additional issues. Child marriage immediately eliminates a girl’s education, as well as her peer support system. Her limited skills and connections then make it more difficult for her to keep her family out of poverty. ICRW’s research also indicates that young girls married to older, more sexually experienced men are at greater risk for HIV infection and domestic violence. 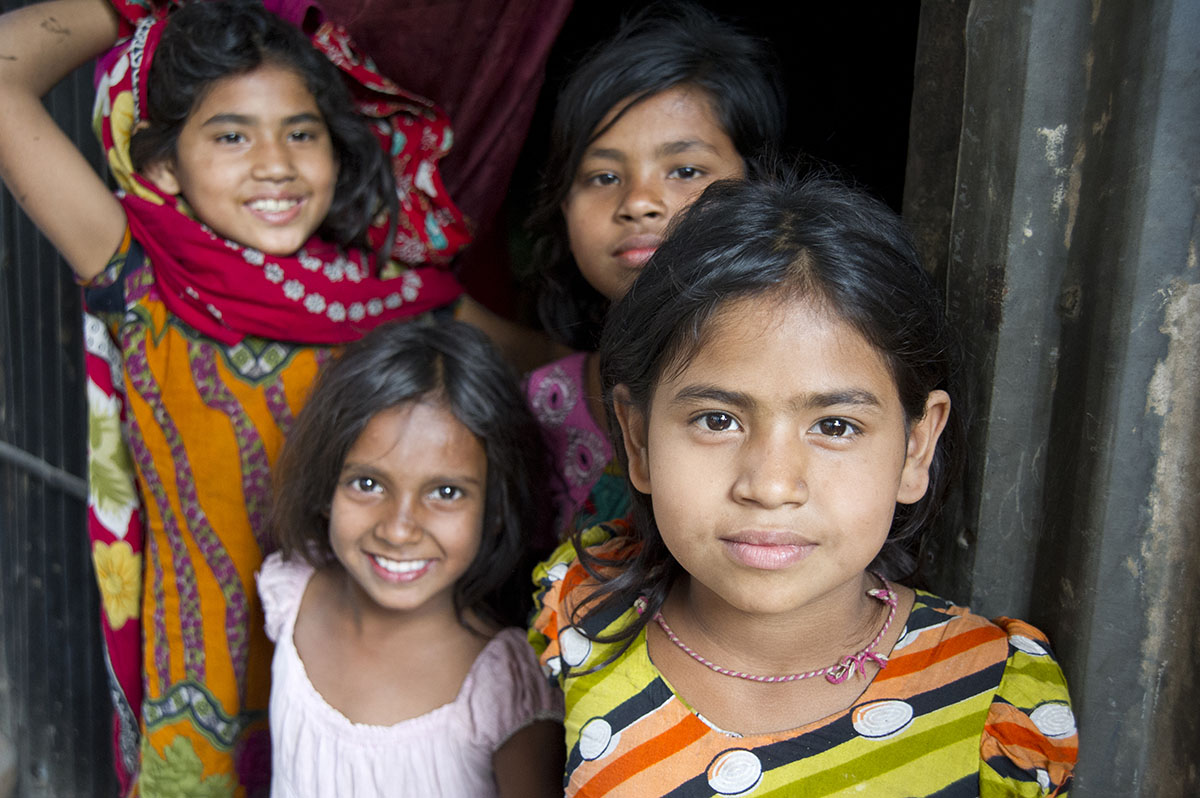 ICRW’s mission to irradicate child marriage originated from research in India into adolescent reproductive health. The gender preference for boys led to discovery of demographic trends with a very striking trend toward a greater number of boys than girls born in Indian states. In most societies, there would be a few more girls born than boys. The sharp contrast in India was due to a combination of daughter neglect and selective abortion of female babies. While researching these practices, ICRW further uncovered the issue of child marriage, usually of very young girls to much older men, that ensures the financial stability of the girl without using the family’s limited resources. They also uncovered that as girls reach puberty, families are very concerned with their daughters losing their virginity, which poses an obstacle to the most advantageous marriage for her. Marrying the girls off early eliminates the fear.

Socially, ending child marriage creates a host of other issues as well. Even if one removes the child from the marriage, her success largely depends on her society accepting her. ICRW considers the cultural norms and determines strategies to make the transition easier for the girl, her family and her in-laws?

Kambou said, “Social change takes time. You have to go at the pace of communities. Right now there is a premium on delivering change, quantifiable change.” We can accomplish some things, like constructing a school, in a reasonable time. Other times, Kambou said, “Change happens, it just doesn’t always happen at the pace that we want it to happen.” Therefore, ICRW focuses on heading in the right direction with very simple steps that keep the process moving forward everyday. To address the timeframe for change with an issue of such magnitude, they “keep chipping away at it,” Kambou said, and invest the funds to keep change moving forward.

“What we have accomplished already must buoy us,” said Kambou, “There is parity in primary education of girls and boys and maternal mortality has dropped. We know that these last steps toward progress will be the most difficult. We need to go in with eyes wide open.” Evidence now indicates that maternal mortality, once the number one cause of death for adolescent girls aged 15-19, is losing ground. Maternal mortality – while still a leading cause of death – is no longer the number one killer of adolescent girls; suicide taken its place as the leading killer of girls 15-19 years old.

Child marriage is not the only harmful practice preventing women from attaining gender equity. Women’s property rights influence their place in society as well. Progressive laws are often in place to protect women’s property rights that the judiciary never articulates—the laws are only good on paper.  Social practices also govern the distribution of property in a culture when a woman’s husband dies. Kambou said, “A lot of time, property is grabbed from women, they have no recourse, and they might not even be aware of their rights.” Property rights are important because, if a woman owns land, she has collateral and can take a loan to start a business. ICRW also works with small landholder farmers, much like Kambou’s mother-in-law, to solve problems such as access to credit for seeds to grow crops and access to markets to sell their produce.

Women have the opportunity to create change today to leave a better world tomorrow. Issues like child marriages occur in all countries, even under our noses in countries like the United States and United Kingdom. Women must talk with their elected officials about about investing in global development to eliminate all barriers to gender equity. Women need to get behind these issues, as the legacy they leave to their daughters and as a gift they give to themselves.