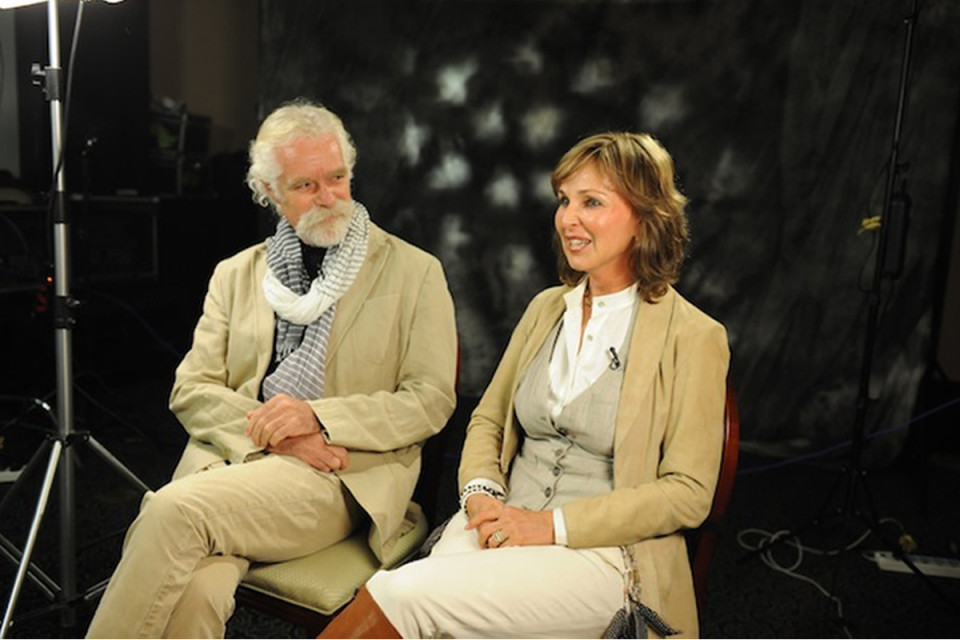 Travel with a Conscience

Everyone’s definition of a dreamy, exotic vacation is different: lolling on a beach in Bali, visiting the mysterious ancient ruins of Machu Picchu – or seeing glorious wild animals wandering around in their own African habitat. If the latter strikes you as a great choice to check off your bucket list, there is a gratifying way to combine the thrill of that with a more sober mission to save endangered animals.  In an interview with SharpHeels, world-renowned conservationists Dereck and Beverly Joubert explain how to book your travel through organizations that specialize in “conservation tourism,” and thus combine the memory of a once-in-a-lifetime trip with the knowledge that you have helped save species daily losing their lives —  and body parts — to well-financed poachers. Read on for more info about the Jouberts’ story of love-as-a-partnership, the crucial facts to know about endangered species, and travel organizations that will help you feel even better about that glamorous vacation that generated so many pics in your iPhone.
Marriage and a Mission
The Jouberts were born and raised in Africa and have become a world-renowned sensation for their conservation efforts, twenty-two films, ten books, and many awards, including the World Ecology Award and being inducted into the American Academy of Achievement. They are also Explorers-in-Residence for National Geographic, and Beverly’s professional prowess as a nature photographer with a mission has resulted in many photos appearing in Nat Geo; click here to have a look at one of her lavender-hued, goosebump-inducing pictures of a majestic leopard surveying the African landscape.

The Jouberts met and fell in love at a young age, both with each other and the land on which they were raised. They are a team in every sense of the word. “We designed our lives around each other, and as a result the romance has remained as a mainstay to our lives. There are times when we have major discussions and debates over our projects, but this is all part of the creative process, and I’d rather have a bad day with Beverly than a good day with anyone else,” says Dereck.
Recalling how they started over thirty years ago, Dereck says, “At first it was all about adventure and exploring, but soon we understood that many of the animals we were fascinated with were struggling: lions were being shot, elephants poached, and zebra migrations threatened. We started to see ourselves as ‘ambassadors’ for animals and the ecosystem that could not speak out for itself, and began using our films to give them a visual voice as a platform.”

Rhinos and Big Cats: Saving the Species
Dereck went on to explain the current dire situation in Africa, and why the Jouberts’ efforts matter more than ever. First, some background: we are currently in the worst series of species die-offs in human history, with scientists believing that dozens of species go extinct each day.  Illegal poaching is responsible for much of this: the animals that are hunted are usually used for a specific body part, e.g. tusks, pelts, or bones, to be sold for large sums of money. Five lions are killed every day, five elephants an hour (!), and a rhino every seven-and-a-half hours. The African Wildlife Foundation explains that because of this high demand, international organized crime has risen, and poachers, usually associated with them, have high-tech weapons and are able to kill many animals with no detection. This practice has caused such a dire situation that we may live to see the extinction of the iconic African animals we have grown to love. 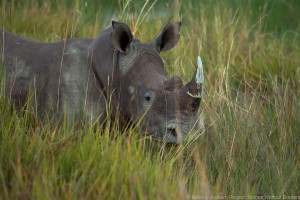 In addition, a drastic increase in rhino poaching has occurred since 2007 because of the high price value for their horns.  AndBeyond, one of the conservation tourism organizations mentioned below, notes that in the first four months of 2015, there were 393 known killings of rhinos in South Africa. Traditional Asian medicine calls for rhino horns as a medical remedy thought to treat strokes, hangovers, and cancer, though no scientific proof is evident. The price for rhino horn can sell for up to $30,000 a pound; in comparison, gold is worth approximately $22,000 a pound.  These numbers will continue to rise as the number of animals decreases, making their body parts more rare, and therefore more highly sought. “Many traders and collectors are hoarding ivory and rhino horn, banking on extinction. But we all have to bet against them and bank on the future, and the survival of these species,” Beverly states.

So the Jouberts created a partnership with their own conservation tourism organization Great Plains Conservation and AndBeyond to form Rhinos Without Borders in 2014. This initiative has the goal of transporting one hundred rhinos from South Africa, where poaching continues to rise, to Botswana, which is both the Jouberts’ homeland and a nation famed for its anti-poaching endeavors.  (This is in addition to the Jouberts’ Big Cats Initiative, designed to help save lions, leopards and cheetahs.)
Earlier this year, the first batch of ten rhinos was airlifted to safety to an undisclosed, protected, wildlife location in Botswana where they are now able to roam free. The first groups will form a seed population throughout the land, where their gene diversity will grow and steadily bring the species numbers up.

What the Jouberts say about their roles with the campaign:  “We originated the concept, and are leading the effort. We’re raising funding and trying to get as many forces behind this as possible, so that it is a united effort from the Botswana tourism sector, with commercial partners, all in conjunction with the government of Botswana. It’s a huge PR event, as well as a massive conservation project that will be the largest airlift of rhinos ever.”

On the sentimental aspect of moving them to their homeland of Botswana, Beverly states, “To have been part of the effort that led to Botswana banning hunting throughout the country was a huge leap forward, one that changed the future of its wildlife and wilderness. It was a brave and monumental decision by the Botswana Government, and we hope that other countries follow in their footsteps.  Botswana is now a beacon of hope.”
Dream Vacation Meets Do-Gooder Clout
These award-winning artists have now taken their love for the land and exotic creatures one step further. If you are already an animal lover, want to bestow a dream honeymoon on a relative or pool your savings to experience something extraordinary, both andBeyond and Great Plains Conservation, of which Dereck is CEO, may be just the place to book to help save wildlife in the process.

They both have a heavy focus on conservation, luxury travel, and experiencing the place in its natural state. Great Plains Conservation also uses the heavy traffic of high-end tourism to facilitate camps that make a difference both on the land and to the travelers themselves. Beverly tells us, “Over the last seven years, we have developed another way to take people on this journey so that they can connect with nature and wildlife on their own personal African safari through our company Great Plains Conservation.  We are already making a significant change in Botswana and Kenya through conservation tourism, and our guests leave with a new respect and love for the country and its wildlife. Connecting with nature is ‘food for the soul,’ and those who have experienced it truly understand why it is so important to save these last remaining wildernesses, and all the lives that rely on them.”

AndBeyond also leads the world in luxury experiential travel. They design personalized safaris and explorations in nearly twenty countries, as well as thirty-three lodges and camps in hotspots of Africa and India. Their reviews contain lots of praise for their customer service, commitment to sustainable conservation, responsible travel, and community empowerment.

A Future Full of Hope and Action
Lastly, Dereck leaves us with these thoughts about the newest initiative he and Beverly have helped to create: “Rhinos without Borders not only aims to secure the future of rhinos, but also to create a story of hope. Once we recapture our hope, we can possibly turn the tide. This is not about us and our efforts, though; it is an international effort to do what we can to save this species, and to shine some hope onto an otherwise gloomy story.”  Beverly adds words of advice: “Now is the time when we need to make responsible decisions in every action we take; we all need to look at life through conservationist eyes.” So get involved here and here.