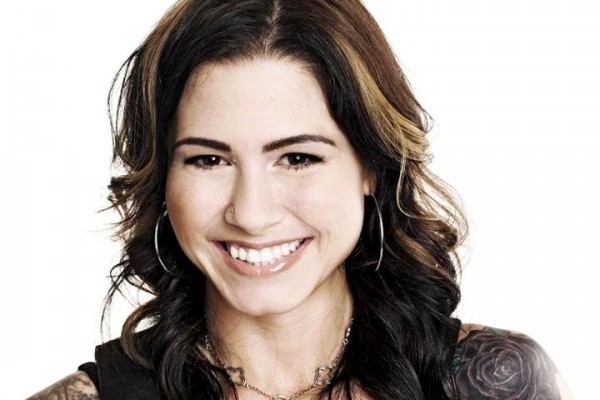 Having Thick Skin is an Understatement When Talking to Tattoo Artist, Television Personality and Entrepreneur Kim Saigh

Beginning her apprenticeship at the young age of 18, Kim was thrown into a fast paced and male-dominated industry. Never taking no for an answer, she successfully started two of her own businesses, as well as a stint on TLC’s reality show LA Ink. Kim gives us the inside scoop on how she managed to break through the stereotypes to establish her own brand, all while staying true to herself. 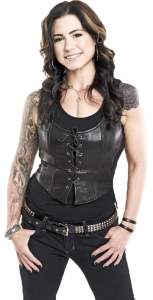 When you first started your apprenticeship at 18, what were some of the reactions you faced being a young woman in the profession? I started tattooing in a small town on the outskirts of Cleveland, it was illegal in the county that Cleveland is in, so I had to drive an hour every day to go work and do my apprenticeship in a tiny town. There was a big transition starting to happen. If you were lucky enough to get an apprenticeship, especially being female, some people would take one look at me and say “I don’t want a girl to do my tattoo”. It was an old school trade of 95% men; you just bit your lip and did your work. I knew that environment was a means to an end, so I learned what I could and moved on.

Were most of your coworkers males? If so, what was that experience like?Yes, I only worked with one other female. She was tougher than I gave her credit for being at that time. Her husband owned the shop and was a pig of a man, but the other guys I worked with were very kind to me. I guess the pressure of knowing I could potentially be perceived as an 18 year old woman, just starting out, gave me the motivation to prove myself, so that I would be taken seriously.

Can you tell me a little bit about the process you took to starting your own shop?I’ve owned two studios now, a small one in Chicago and now one in Los Angeles with my boyfriend, Shawn Barber. I think after the show (LA Ink), I just had to think and move fast. Los Angeles felt like home, but I knew it would be a bigger venture than in Chicago. I woke up every day at 5 a.m. and drove around the city taking photos of for rent signs and storefronts looking for the right space. When I found our current space, it was kismet. Everything started falling into place. It was an affirmative lesson in waiting until a situation feels so right that you can move forward with confidence and heart.

What are some of the struggles you faced when opening up your shop?Knowing that you have to make it work can be pressure some if you let it, or you can just look at it as if not making it work isn’t even an option. I feel so fortunate to have the life I have, I try not to complain too much.

What was the most rewarding part about the whole process?The biggest reward has been an inspiring work environment to nestle in every day, happy customers and the return of the energy that you receive when you try and put your best out into the world around you.

What types of customers do you usually see?I tattoo more women than I ever have. My clients are from all walks of life. In L.A. you get a lot of industry people. I have everything from doctors, lawyers, musicians, yoga teachers, restaurateurs, you name it!

How do you think modern society perceives professional women with tattoos in the workplace?I think in bigger cities people aren’t as judgmental of tattooed individuals. So many successful people have a lot of tattoos, seen or unseen. I think it’s what’s inside that counts. The work you produce, how you carry yourself, and the confidence and quality you put forth needs to speak louder than your tattoos. With that being said, I still think that you need to dress appropriately for whatever job you have. A tattoo peeking out of a blazer is going to be perceived differently than one peeking out of the bottom of a latex miniskirt. I think tattoos can represent great qualities to employers as well, like creativity, fearlessness, personal strength and the ability to be oneself.

Do you have any advice for women who are trying to become entrepreneurs?Do what you love, give it everything you’ve got, don’t take no for an answer, stay focused, envision the life you want, believe in yourself and make it happen.