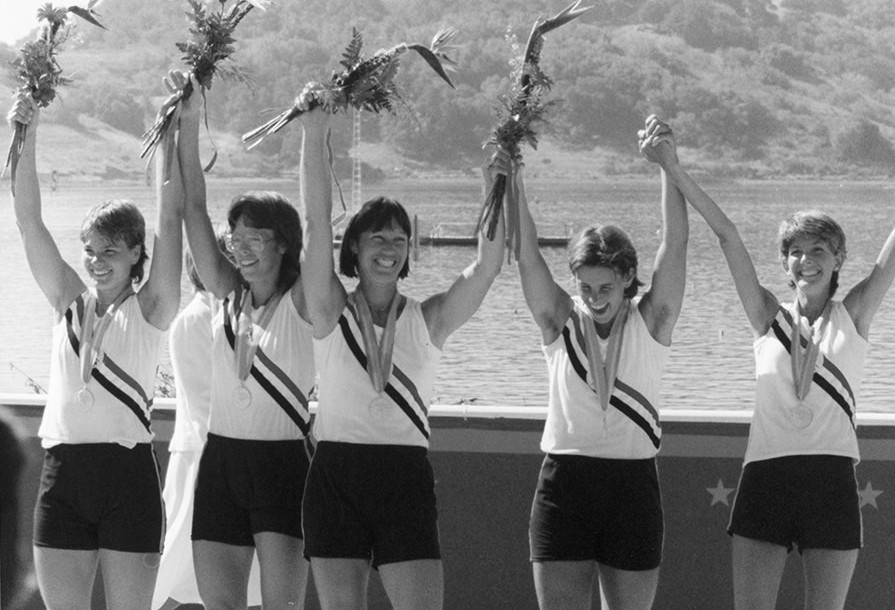 Interviewing Ginny Gilder was one of those “are you kidding me” moments.

Ginny – aka Virginia Anne Gilder – has had a storied career: for starters, she was named to two Olympic rowing teams, winning a silver medal in the 1984 Los Angeles Olympics, along with a bronze medal in the 1983 World Championships – all after she had completed her undergraduate career at Yale University, where she was an All-Ivy champion rower. 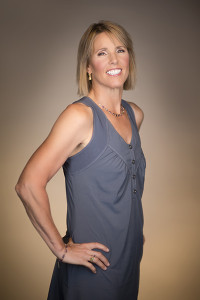 She went on to use her vision to become a thriving entrepreneur, starting several nonprofit and for-business endeavors. A sampling of the especially do-gooder variety:  Washington Works, an organization that helped women on public assistance proudly step up to the ranks of the professional class, and The Starfish Group, founded with her sister, Britt-Louise, a family foundation with a mission to champion the underdog — individuals who face steeper odds in creating a sustainable life for themselves. Ginny also chose to share her love of the sport that made her a champion by helping to launch community rowing programs in Boston and Derby, CT. For all these, and many more efforts, she was given an NCAA Silver Anniversary award in 2004.

Her business-oriented ventures include the Gilder Office for Growth, a boutique investment firm, where she still retains the title of CEO; becoming co-owner, with Lisa Brummel and Dawn Trudeau, of  the WNBA team Seattle Storm; and leading the charge to create the Seattle Storm’s new high performance training center, Force 10 Performance, for athletes of all ages, aspirations, and abilities.

Ginny is also a happy mother, step-mother, grandmother, and wife to Lynne, with whom she lives in Seattle, along with their two poodles.  Her memoir, Course Correction, A Story of Rowing and Resilience in the Wake of Title IX, will be published in April 2015.

Who are your heroes?Billie Jean King, Edith Windsor, and Serena Williams. (Interviewer’s note: Ginny is also curious about what the world would look like if the majority of men viewed women with as much regard as they do themselves.)

What is your current challenge?Trying to balance more than one big job simultaneously: overseeing my family investment business; marketing my first book; gearing up to open the Seattle Storm’s new high performance training center for athletes of all ages, aspirations, and abilities; and the development of  Force 10 Performance.

Your greatest achievement?Creating a life that continues to challenge and satisfy, an intimate relationship that makes me laugh and won’t let me get too full of myself, and adult children who still want to go on vacation with me.

What is your motto?You find out who your friends are when things start going seriously wrong. (Interviewer’s note: Ginny looks for people who recognize their own flaws, maintain their sense of humor and drive despite those, and understand the importance of grace.)

Why are you an entrepreneur?I can’t work for someone else on their schedule, I get bored with routine, and I love trying to bring new ideas that few think are possible into existence.

What problem are you solving?Sports transformed my life, so I’m working on expanding access to sports at all levels of the performance spectrum.

What problem would you like solved?Access to guns in America.

Biggest regret?That I didn’t play sports much in high school.

Which talent would you like to have?Oh, if I could have a terrific voice and sing, now that would be amazing!

Best pat on the back you’ve ever received?Getting named to my first Olympic team after being cut during national team tryouts the previous three years in a row.

Advice you wish you’d had (or had followed)?Setbacks are not signs of failure, but of progress. It’s all about perspective….success is impossible without failure. Failure is often merely a function of time and point of view.

Your pitch in 140 characters?What I’m about: establishing and participating in authentic engagement that gets somewhere – and inspiring people to grow and become more fully themselves.

Your nails on a chalkboard moment?Complaining and excuse-making.

The J.O.B. you’d actually like?The one I have.

Biggest misconception about being an entrepreneur is?How glitzy it is. In reality, it’s long, long hours, lots of uncertainty and unknowns, and having to keep betting on yourself and your team — especially when the naysayers are out in force.

Inc. or Rolling Stone or…..? Which magazine cover?Inc.

What are you reading?Bob Spitz’s Dearie [about the life of Julia Child], and J.R Moehringer’s The Tender Bar.  Also, I just finished the novel The Girls from Corona del Mar by Rufi Thorpe.

What book is your must-read?This year’s answer is Andrew Solomon’s Far From the Tree.

What book did you read which would have been put to better use as a doorstop?I don’t finish books that strike me as boring or badly written. Life is too short and there are too many great books out there!

If I wanted to do what you’re doing…what’s your advice?Figure out your core purpose in life and allow that to direct your choices and shape your life.

What conference would you like to keynote?Any one that is attended by a group of diverse, kick-ass women looking to do something meaningful in the world.

Shortcut, long route, road less traveled? What’s your roadmap?Not sure what you mean, so this may not be what you’re looking for, but here goes: I believe you can have all you want in life, but maybe not all at the same time. There are no shortcuts to good health, and working to stay fit and strong every single day is critical. (In fact, I doubt there are shortcuts to anything important that you want to accomplish in life.)

I took the long route to finding the life partner of my dreams, because I couldn’t bear to come out in the early 1980’s and disappoint my father. Most importantly, figure out your own roadmap and refer to it often; by that I mean – whatever your life purpose is, let “maximizing your chances to fulfill it” guide all your major decisions.

Podium you’d like to stand on?You mean, to win an award? None that I can think of, other than I’d love for my memoir to earn critical acclaim.

One place in time you’d like to visit?Creation of the U.S. Constitution.

Part of the trick to staying focused is?Doing what you love and remembering your core purpose when the going gets tough.

One last thing: what’s the question I should be asking you?“When is your memoir coming out?” Answer: Course Correction: A Story of Rowing and Resilience in the Wake of Title IX, available for pre-sale at Amazon.com, will be published by Beacon Press next April.