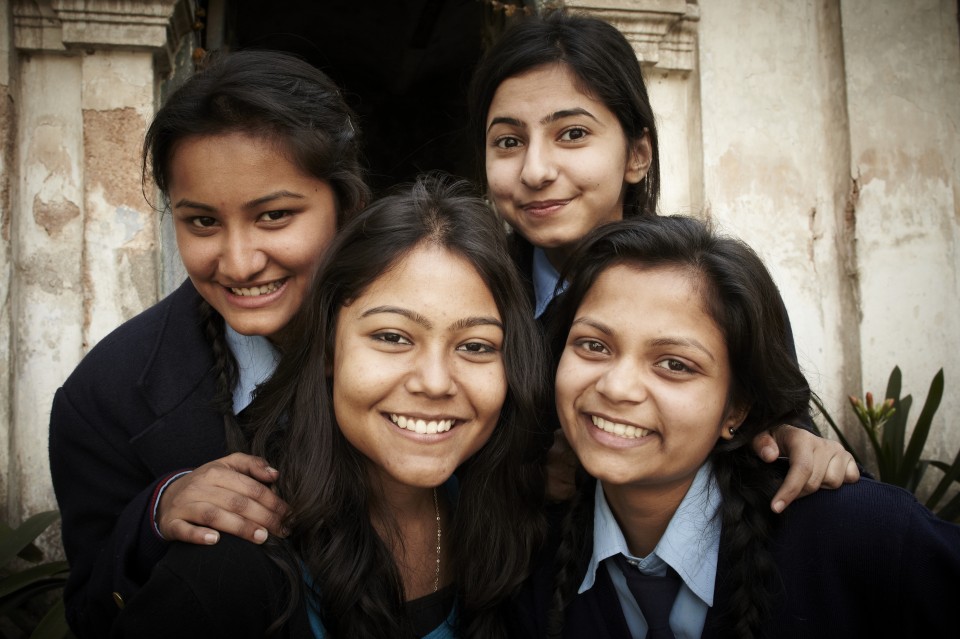 Situated between the Himalayas to the north and the tiger-filled Indian jungles to the south, Nepal is visited predominantly for its spectacular mountainous adventures and spiritual pilgrimages.  It is however a country taxed by many years of political unrest, so a recent end to its long political deadlock brought it to the top of the news feeds over the last few weeks. 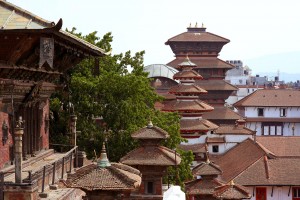 In February 2014, a new Prime Minister, Sushil Koirala, (age 75) was elected; he is also the president of the country’s oldest party, the Nepali Congress, and a member of a political dynasty to rival the Kennedys, since he is the fourth member of his family to hold the office of prime minister.  His past also gives him the status of a folk hero, since he spent six years in jail for his involvement in the 1973 hijacking of a plane that was transporting 3 million rupees (approximately $4.6 million).  He and others carefully planned the heist in order to overthrow the monarchy, fund armed revolution, and build multi-party democracy in Nepal.  Instead, within a year, all involved had been arrested.

So in a country with a long history of political turmoil that now relies on adventure-hungry tourists for much of its economy, it is surprising to find two young women, Claire Charamnac and Claire Naylor, determined to build a better political and economic future for the beautiful — but struggling — nation. The duo both came to the U.S. for their college education, and met at Georgetown University where they discovered their shared passion for women empowerment issues and their desire to act for change. They eventually formed their organization, Women LEAD, in 2010 to provide mentoring and leadership skills to the young women of Nepal, and now split their time between the two countries.

Their Mission: To provide young women in Nepal with the skills, support and opportunities to become leaders and change-makers in their schools, communities, nation and world.

Short term goal: To improve the self-confidence, skills, and potential of young women in Nepal.

Long term goal: To increase the number of women in leadership positions in Nepal by facilitating, in very tactical ways, the social and intellectual development of young Nepali women.

Women LEAD started out as a 2-week program with support from Georgetown University, but the enthusiasm for its work was overwhelming, and Charamnac and Naylor discovered the need was far greater than what could be accomplished in the short-term. So, with grant money from their alma mater, international support, crowdfunding and other efforts, they expanded the program to accommodate, on a continual basis, thirty teenagers (14- and 15-year old girls) in their last year of high school who attend a year-long leadership program to mentor over 250 adolescents. 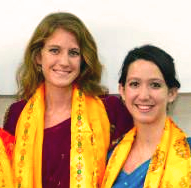 The two co-founders decided to divide up their duties:  Claire C., who grew up in Singapore, set up camp as the Executive Director in Washington D.C., and Claire N., who was born in England and grew up in South Asia, went back to Nepal to run the program operations. The organization also now has an impressive U.S. board of directors, including members from both academia and the corporate world. Following are some insights from the two dynamic entrepreneurs — who oversee an organization run predominantly by women under 25 — about their mission to change a country:

SharpHeels: What are the biggest challenges?  How do you overcome them?Claire C.: Getting people to pay attention to an organization that is new and a country that people don’t know much about…, but that said, it’s really important that I have a co-founder and a partner.  Entrepreneurship in any form is very hard.  It can be very discouraging at times.  The highs are really high and the lows are really low.  Having someone who knows exactly what I’m going through really helps and is a really important part of being successful.  It’s really important to have a great support system — friends and family who are incredibly supportive.  Georgetown University has been extremely supportive as well.  They have given us our largest grant to date, and have helped in so many other ways as well.  Moral and financial support is huge. One of our biggest challenges is fundraising;  you learn to use a variety of tools to learn what works for you.  It’s learning by doing for us.  We had to figure it all out and making a lot of mistakes along the way there.  Claire’s challenges in Nepal are different, but just as important – creating a program in a country that is politically unstable is very difficult.  And to top it off, internet use isn’t always accessible.

SH: How is the support in Nepal?CC: We’ve had a little bit of resistance, but overall an extremely positive experience.  The support has been amazing from fathers. They want to support their daughters’ overall professional development.   We’ve had a very positive response from schools.  We’ve also been intentional about involving boys in our program (approximately 30% are boys).  This is not a separate thing just for girls; it’s about how everyone works for the overall community.  Women and girls, leading with men and boys, is how we think about it.

SH: Have you had a lot of international support?CC: Yes, absolutely.  Women’s leadership is an issue in every country and there’s universality in that, which helps spread our message, whether it’s girls’ education or leadership.  We’ve done crowdfunding and have gotten funding from Argentina, Hong Kong, London, and all over the world.  We also work with regional and international organizations like One Billion Rising (fighting violence against women).

SH: What’s next for you?CC: Becoming a sustainable organization in Nepal and expanding in the region of Southeast Asia.

SH: What advice can you give other women entrepreneurs?CC: It’s okay to not have all the answers or not knowing something.  Sometimes we think we need to have all the answers before we start something, but you need to learn by doing it and you’ll make mistakes along the way. We tend to think we need to be over-prepared.  Sometimes it’s fine to not know and just jump in and try.  You’ll never regret just jumping in to try.

Women LEAD has grown over the last couple of years and now has 30 girl mentors and 250+ program participants in over 10 high schools in Nepal.  If you would like to get more involved, below are a few helpful links:

Start a Volunteer Team in your City Join the Women LEAD BoardSponsor a girl!