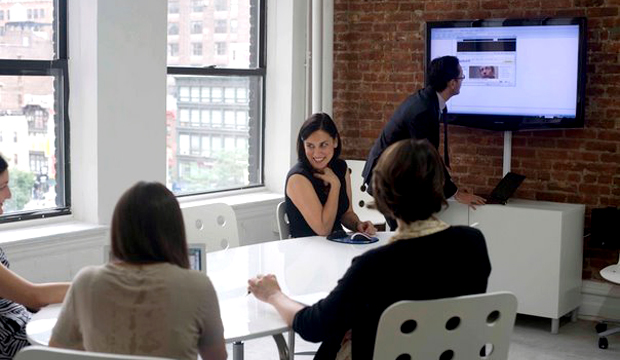 SHEfinds.com Titan Michelle Madhok on the Joys of eBay and TJMaxx (yes, really!)

Michelle Madhok, founder of online fashion blog SHEfinds.com, is at once a sharp, highly educated, driven entrepreneur and a dedicated fashionista who shops like it’s her job because, well, it is. 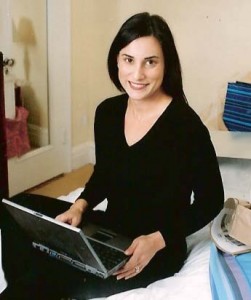 Though the world of online trend-mapping and sale-spotting is a saturated, constantly evolving business, Madhok takes pride in the fact that she’s still around. With more than a decade in the professional fashion advisory role, readers have come to trust her expert recommendations over the online typo-littered product reports by reviewers sporting cryptic screen names.  So as other sites fall away (even Daily Candy signed off this past April 4, after 14 years), SHEfinds instead boasts 500,000 email subscribers and 1.5 million visits monthly.

I talked to her recently about her start, her success, and her scarf obsession (Theodora & Callum!).  But before I even dial her number, I’m fully prepared to be intimidated by Madhok. Her publicity photos show a perfectly polished, raven-haired New York businesswoman, with a power resumé to match. The second we start to talk, however, I completely toss that out the window. Her confidence and honesty instantly expose an intelligence that makes her achievements completely understandable. This woman knows what she’s talking about, and when she talks, you want to listen.

From AOL Exec to Style Arbiter

Her journey to being a power player in the online fashion biz started in the most improbable way: prior to launching SHEfinds, Madhok worked for AOL, and relocated from their office in New York to another one in Dulles, Virginia.  Missing her life and friends in NYC, she sought retail therapy, cruising the designer sales at a high-end mall near her office, and found that her co-workers not only drooled over her finds, but wanted to buy them right off her. “I thought, ‘Wow, there might be a business here.’ Everyone was always asking advice on what to buy and what to wear.”

After returning to NYC with AOL, she balked at being asked to eventually relocate back to Virginia, and instead took a layoff package – and a chance. “At first, all I wanted to do was just make enough money not to have to go back to work.  But I’ve found a lot of business owners and entrepreneurs are people who don’t want to play games, but want to get the work done.  So that’s what I think happened to me.”

She attended entrepreneur conferences, and after getting a proposal for a shopping website turned down by publishing giant Condé Nast, she simply hired a freelance web designer for $500, and launched SHEfinds in February 2004. Using her personal network to build her brand – and remember, this is pre-Facebook (!) – she worked her connections to snag partnerships with AOL, Comcast, and Yahoo, giving an extra bump of visibility to the site.

She quickly tackled affiliate marketing, which enables SHEfinds to earn revenue every time visitors click thru product mentions there to make purchases on another site.  After selling over $250,000 of Ugg boots early on — netting her a quick $25,000 — she soon garnered retailers’ attention.  Now SHEfinds’ sales top $2 million annually, a figure Madhok says they’re on track to outpace this year.

Her success and longevity support her reputation as a trailblazer in an unpredictable industry. What about competition? Does she feel threatened? No way. Her online media background gives her an added layer of understanding and practicality in the space. “There’s tons of competition. I don’t think people really are thinking about what site they’re on anymore. They’re getting most of their articles through social media. What we’re trying to do is stand out with each piece of content. We’re really trying to compete by publishing the most useful post.”  And, as she explains, rather magnanimously, “We believe all boats rise with the rising tide. We do a lot of cross-promotion of like-minded sites.  It’s not like people only read one magazine, watch one TV show. We want to be in the mix.”

What’s next for SHEfinds? “We have a big new site launch (this) month to look completely different, so we’re super-excited about that.  And we’re always trying to figure out what’s the next business model.”  With the advent of “couch commerce,” she says they’re looking to mobile applications next. “We want to be where you are when you want to shop.”

The Skinny from a Style Specialist

With a bona-fide shopping expert on the other end, I can’t help but dig for some insider insight, and she’s happy to oblige.  Following are some notes from a fashion pro:

Madhok’s success as a combination fashion expert/sale-seeker is inspirational both personally and professionally:  her honest, practical approach to real world style issues make her a relatable friend in the fashion business worth knowing.  And as an entrepreneur, Madhok is a dynamic example of a motivated professional with the courage to convert her passion into a full-blown, lucrative career. She has smartly leveraged her expertise thru regular contributions in online and print media and numerous television appearances, and is now a published author: she helpfully lays out all the above strategies and more in her book, Wear This Now (so we can all have to tools to snag brag-able deals, like her $30 James Jeans and $50 Prada snakeskin boots!).

Do you feel like these budget designer lines in stores like Kohl’s, Target and Kmart are dumbing down the fashion industry?

Having access to good design at all price points is great. Though you’re not getting exactly the same thing, you’re able to experience a little of what you see on the runways.

What trends should NEVER come back (or should never have been around in the first place)?

Every season, a different color is proclaimed to be the “New Black,” which begs the question – Is the LBD dead?

NO! Never! LBD is the best thing to have.  My favorite designer for this perennial wardrobe staple is Michael Kors.  And always use jewelry and scarves to change the look of them.

What is the key piece for the season?

You can never go wrong with really good knits. I’m a big fan of James Perse. Really quality t-shirts, tanks and stretchy skirts — those are my key pieces.