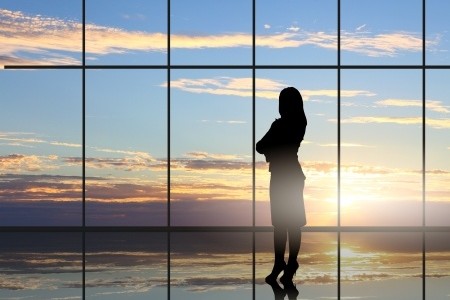 Lenore Horton is an over-achieving dynamo, and is otherwise known as an attorney, consultant, and serial entrepreneur. Lenore and I met when she was a newly-minted attorney, and even then she stood out from the crowd. 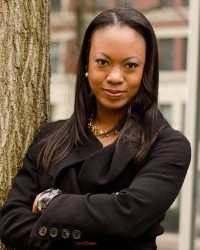 Life has tossed her many adventures, which I’ve followed with delight (mostly on Twitter these days:   she’s @LenoreHorton). She currently heads up the law firm LFH ESQ (its moniker is comprised of her initials), an astonishingly do-gooder-type of law firm, which aims to provide affordable legal help for startups, entrepreneurs, consultants, artists, small businesses and many other non-wealthy entities. Lenore also founded and now heads the consulting group KETNOI, which, like LFH, has a socially responsible underpinning.

Primarily based in Washington, D.C. (though NYC “still has her heart”), Lenore hails from the deep south, holds two law degrees from two heavy-hitter universities (Howard and Fordham), has been trained at top NYC firms, and is steeped in academia (she is one of three inaugural fellows selected for the LL.M. Teaching Fellowship Program at Fordham University to teach a seminar of her own design).

On a personal note: she cherishes her expat life in Monaco and Germany, and is “mom” to a rescued Yorkie named Pure Awesomeness (a name which is, in and of itself, pure awesomeness!).  She says that her greatest achievement is “being self-motivated” and, as she told me, “It’s the relationship you have with yourself that matters most.”  We share a mutual love of a glass of dry rosé outdoors on a warm day, and I have to agree, it would be too cool to see you on the cover of Rolling Stone, Lenore.  (She chose this over Inc. magazine!)

Her bio in her own six words: “Descendant of history. To be continued.”

Who are your heroes?  People who bridge gaps.  And who do so quietly.  That’s humbling.  I think about my father a lot when it comes to this.  I saw him revitalize neglected communities through his real estate interests.  From a parenting perspective, he bridged an enormous divide in just one generation, and I am awed every time I think on what his childhood was like, and how he got to where he is – and we all are – today, given that he was a single father to five children for most of our lives.

I carry similar sentiments for my brother, who has been one of the biggest sources of inspiration for me, although he’d likely be shocked to hear that.  To bridge gaps, you have to see, believe, and support the potential in the most unlikely people.  If it weren’t for those people, people like my high school debate coach, Dr. Lisa Beckham, I honestly don’t know where I’d be.  Those are my heroes.

What is your current challenge?  Taking credit & accepting praise.

What is your motto?  Build.  Innovate.  Elevate.  Build upon what you’ve already got, and be innovative in how you build upon it.  And be sure you’re elevating yourself and others along the way.

Why are you an entrepreneur?  It was initially by accident, and now it is on purpose.  I got here because I genuinely like helping people.  Actively working to help others is my way of showing my “thank you” to those who helped me when I so desperately needed it.  Doing so in a way that is economically sustainable to my livelihood is what makes me an entrepreneur.

What problem are you solving?  I help entrepreneurs, small business owners, investors and visionaries avoid needless failure in their ventures by giving them access to tools and legal representation to achieve their objectives.

What problem would you like solved?  In a word: “otherness.” More specifically, the large-scale willingness to remain silent or do nothing in the face of subhuman treatment of others out of some belief that they are “other,” rather than “like you.” Seeing people turn a blind eye, or even condone physical abuse in their community, incest in their family, violence against LGBTIs, or even serious neglect of children at elementary schools… that really enrages me.

Biggest regret?  Waiting for a life-changing event, before deciding myself to change my life. I did this twice in the past six years, even knowing beforehand that a change needed to be made.  On the third pass, I didn’t wait.  I have a feeling I will regret very little going forward.

Which talent would you like to have?  To sing.  On key.  And beautifully!

Advice you wish you’d had (or had followed)?  None.  I was given excellent advice; I ignored some of it, and followed other parts. I genuinely believe we mostly know what we need to know, in order to get to where we want to be.  I cherish my experiences, and I’m not entirely sure life would be better or worse if I had done things differently.

Your pitch in 140 characters?  Just, no, simply because I have no universal 140 character pitch.  It’s going to differ depending upon who I’m speaking with, and how we might be able to help, learn from, and work with each other.

The Twitter follower you can’t live without?   Any of them.  I can live without a lot.  I don’t need people to follow me.  If they engage with me meaningfully, that’s enough.  If I inspire them in some way, that’s golden.

Your nails on a chalkboard moment?  Hearing my voicemail messages to people I love. I tend to be perfunctory.  I’ve taken to recording voice notes and sending it by text.  My “gush” quotient is much higher that way!

The job you’d actually love?  The one I have, but if I were six years old I’d say: “Helicopter rescue anything.”  Talk about being a hero!

Biggest misconception about being an entrepreneur?   That you get to be your own boss.  In reality, it’s more like “boss of no one, bossed by everyone.”

What are you reading? The Seven Levels of Communication, Outliers (by Malcolm Gladwell), and I am re-reading Madame Prosecutor.  I have a penchant for good dystopian thrillers, though.

What book is your must-read?  My Beloved World, by Justice Sotomayor.  Easy second-place: The Color Purple.  I have read it, literally, more than 100 times.

What book did you read which would have been put to better use as a doorstop? Too many to name.  I refuse to finish bad books.

If I wanted to do what you’re doing…what’s your advice? You can’t do what I’m doing.  You’ve got to do what YOU’RE here to do.

What conference would you like to keynote? Hands down, the Alabama Girls State/Girls Nation [a program run by the American Legion Auxuliary].   I thought no one noticed me in high school, so even being selected for Girls State at my school was eye-opening, and then to be selected to represent Alabama at Girls Nation felt overwhelming.  The entire experience had such a profound impact on me.  To this day, I have such vivid memories of it, even nineteen years’ later.

Short cut, long route, or road less traveled?  Answer: D) All of the above.

Podium you’d like to stand on?  Does my funeral count?  Because really, I’m not quite sure I’ll have said everything I wanted to say when the time comes.

One place in time you’d like to visit?  The downfall of apartheid in South Africa.  I may not have survived it, but it would have been thrilling to be there in that moment.

Part of the trick to staying focused?  Being dually focused on your “Why” (the bigger picture), while also being present and taking enjoyment from the minutiae of the moment.