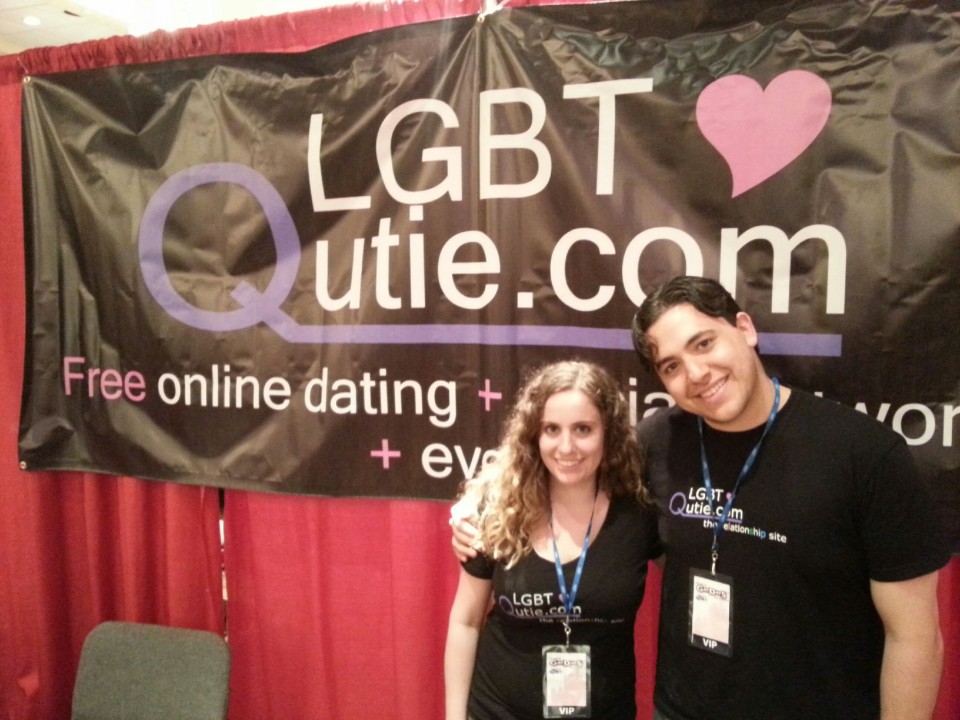 Filled with PRIDE for LGBTQutie, Rachel Kimelman gives us the scoop on starting a dating website, plus some dos and don’ts for online dating

Necessity is the mother of invention, and sometimes the greatest inventions—and businesses—are the ones that make us slap our heads and shout, “Why didn’t I think of that!”

LGBTQutie.com, a dating website that specifically serves the LGBTQ (Lesbian, Gay, Bisexual, Transgender, Queer) community launched last November with necessity in mind. What strikes as a great concept had shockingly yet to be done, and, according to LGBTQutie co-founders, Rachel Kimelman and Jordan Weiss, “It has always been apparent to [us] that there has been a significant lack of dating sites geared towards romantic relationships for our community.”

“LGBTQutie.com is the relationship-oriented dating and social networking site for the entire LGBTQ community,” Kimelman said. It’s their inclusivity that sets them apart from all others. “Our members were very thrilled to be a part of a site that is inclusive across a vast spectrum of sexual orientations and gender identities. We include lesbian, gay, bisexual, transgender, pansexual, queer, intersex, asexual and gender non-binary individuals.” Essentially, even if you don’t like escargot, they still offer it on the menu, and you are welcome to dine on whatever appeals to you.

The co-founders, who have been friends since junior high school, had noticed two specific things about their market: that traditionally heterosexual dating sites relegated them to “other” status. “You’re the side dish there,” said Weiss, and the sites that targeted the LGBTQ community focused on hook-ups and dating, not relationships.

Most of us know firsthand about the limited options for individuals to meet others for romantic relationships, which has resulted in online dating websites becoming more prevalent across the board.  Since most current online dating options concentrated more toward heterosexual people meeting one another, the market for LGBTQ people was uncharted territory.

Kimelman and Weiss facilitated the development of a site with both custom coding and content specific to their community. They had talked for many years about launching a relationship site for the LGBTQ community, however, until a year ago they lacked the capital and were not “at the right places in our lives to start such a complex endeavor,” Kimelman said.

Although her plan, upon finishing graduate school at Columbia University School of Social Work, was to become a psychotherapist, Kimelman laughed, “…Sometimes things happen spontaneously and don’t always go as originally planned.” She garnered a “strong business mentality” from her family while growing up and learned “to be a go-getter and to start something big.” That something big was www.LGBTQutie.com.

The expanding legalization of gay marriage and a general acceptance growing within the community heralded for them that the time had come to make their daydream a reality. Kimelman said, “We knew it was the right time to create a site that would facilitate connections that are more than just fleeting hook ups.” The website launched quietly in three states: New York, Connecticut and New Jersey, before recently launching nationwide. The dating site is available to all LGBTQ individuals ages 18 and older.

New members are often surprised that basic membership on LGBTQutie.com is free. This includes the ability for members to connect with messages to one another, see each other’s complete profiles and use social networking features, as well as many other capabilities. LGBTQutie also offers a premium membership for $9.99 per month to those who want an enhanced user experience on the site. The enhanced service features video chat with other members, instant messaging capabilities, seeing which members viewed your profile, and more.

Because they built the site to meet the needs specific to their community, LGBTQutie offers features not common to other dating sites. Their LGBTQuestionnaire asks tailored questions specifically related to LGBTQ topics. They also have developed the Relationship Readiness Quiz, “which serves to identify what a member hopes to get out of the site.”  They include a bi-monthly blog that contains specific LGBTQ related content. An “Events” page allows members to create/post events and invite friends, or search the website for LGBTQ friendly events nationwide. The goal of the events page is to help community members connect with each other to strengthen their sense of community and friendships, as well as romantic relationships.

LGBTQutie has grown faster than Kimelman and Weiss planned in their startup phase, adding approximately 40-50 members per day on their limited startup budget. Even before they launched the website, they “began a 6 month pre-launch campaign which involved building a successful and highly followed Facebook page and directing those followers to our landing page for a pre sign-up,” said Kimelman.  They then used the pre-signup to notify interested people of their official launch.  The campaign tackled the “chicken and egg” issue by ensuring they had a good amount of users in the area so that people wouldn’t be deterred from joining.

To gain exposure, Kimelman and Weiss utilize internet and social media marketing and attend LGBT events.  LGBTQutie just co-sponsored GayDays in Orlando where they hosted a mixer event and had a booth at the expo.  Kimelman and Weiss’ “next big marketing endeavor will be at the pride parade in NYC, which is a huge event drawing in over 100,000 people.”

How did Kimelman and Weiss, who don’t have an ounce of software development background between them, create a dating website with instant appeal?  They had a concept and an image of how that idea would unfold, and they hired a team to help construct their dream.  The partners developed all the custom content for the site and wrote the LGBTQuestionnaire and the Relationship Readiness Quiz themselves, based on their knowledge of the community and their personal experiences.

Prior to the actual construction of the site, they diligently reviewed other online dating sites, their histories and business models to determine what worked, and what needed improvement. Over the years, as they were formulating the concept that would become LGBTQutie, they surveyed many members of the LGBTQ community to identify their needs and desires for an all-inclusive relationship and social networking site.

As with any startup, Kimelman and Weiss had to master a learning curve.  They quickly acclimated to purchasing domain names, writing web copy, and trademarking. They investigated the legal and government requirements for start-up businesses and researched their target market.  Kimelman attributes much of their success to the professionals with whom they surrounded themselves: web developers, graphic designers, and online/social media marketing gurus.

They learned even faster that marketing requires significant capital.  When distributing a product that lacks a predecessor, like LGBTQutie, part of the marketing efforts are concentrated on educating the public. They are, Kimelman said, “introducing something different to the world, and we have to show them how they will benefit from our site and what makes us unique.”

Kimelman and Weiss are in negotiations with several investors to enable further expansion of their business.  LGBTQutie is currently available on computers and tablets, plus it’s mobile friendly. Numerous requests for a mobile app have pushed an LGBTQutie app to the forefront of their upcoming expansions to keep pace with customer demands.

So, what does Kimelman, the now expert in internet dating, offer as tips to those brave enough to look for love online? “You get as much as you give with online dating,” Kimelman said.