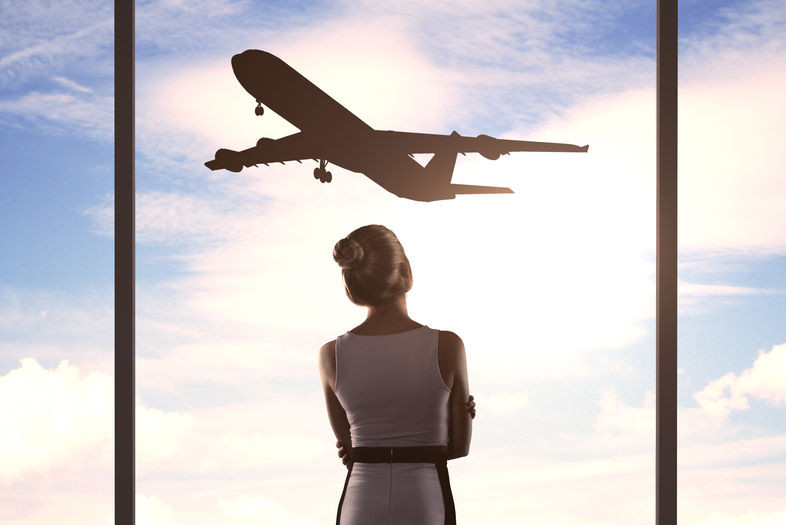 The Exhilaration of Travel, Gourmet Food, & Luxury Shopping at the Busiest Airports Around the World

Fueled by the continued rise in global enterprises, the popularity of air travel and the availability of low budget flights, the number of people flying around the world in 2013 increased by 4.6% to 6.3 billion passengers. The airports needed to support such a massive number of passengers on a global scale are, as one would expect, constantly teeming with activity, especially in the harried holiday period.

Atlanta’s Hartsfield-Jackson International Airport led the list of the world’s busiest airports in 2013, a position it’s held for fifteen years, with 94.3M passengers. Next on the list:  Beijing and London Heathrow, with 83.7M and 72.4M respectively.

As passenger growth continues, a competitive market is nonetheless keeping ticket prices low, so with the cost of fuel and maintenance responsibilities, the industry has seen an increase in recent airline mergers: United (with Continental), American Airlines (with US Airways), Southwest (with AirTran) and Delta (with Northwest) – all in an attempt to increase profitability and rebound from a decade of post-9/11 struggle.

Additionally, in line with this profit-hungry mentality, major airlines and airports have made a decision in recent years to prioritize their highest-growth and most lucrative demographic: business travelers.  So to attract this cherished ridership, airport amenities are at an all-time high.

SharpHeels therefore takes a look at the world’s largest, most crowded airports and their often very pleasant features – restaurants, high-end  shopping, and smart, considerate resting facilities (check out this video of a snooze cube) – for business travelers to seek out during that next stressed-out trip.

Topping the list since 1998, the Atlanta Airport is well-known as the world’s busiest. Servicing over 150 U.S. destinations and more than seventy-five international destinations in fifty countries, Atlanta averages a staggering 250,000 passengers a day, with 2,500 flights.

As the largest airline hub in the world, and Delta’s flagship hub, Delta Sky Clubs are offered on every concourse, providing showers, sleeping rooms, a buffet full of snacks, and, according to many web reviews, those at Atlanta in particular have “plentiful USB ports” along with “super comfy, padded chairs,” “quiet spaces” or TV’s and snacks if you need something more active.

Atlanta’s airport is also filled with great shopping and dining options.  If you have a long layover and time for a great meal, try Terminal’s E One Flew South, which, by its own description, serves “Southernational” cuisine, with fresh, local ingredients, and thoughtfully offers to-go options.  It is also frequently referenced as one of the best airport restaurants in the US.

Located in the northeast area of China’s capital city, Beijing Airport is China’s busiest airport for international travel, with 1400 flights a day to over 200 cities around the world. In conjunction with the 2008 Olympic Games, Terminal 3 was added, which now supports most international flights, and has become the second largest airport terminal in the world, after Dubai International Airport’s Terminal 3.

Great food is available at the T3 “global kitchen” area, comprised of seventy-two stores with menu options ranging widely from Asian to western cuisine. There is also a 174,000 sq. ft. retail area and a 136,000 sq. ft. duty-free facility – all of this housed in an architecturally ultra-modern facility.

One of two airports in London, Heathrow is London’s largest international airport, supporting 1300 flights a day to 180 cities in eight-five countries, with its most popular destinations being New York-JFK, Dubai, Dublin, Frankfurt, and Amsterdam.

Located west of London, Heathrow Airport is not only one of the world’s largest airports by number of passengers, but also by size: it is a huge, sprawling facility with five terminals.  Home to British Airways, Heathrow offers an array of international cuisine, was just named the World’s best airport for shopping, and boasts the Concorde Room – an all-inclusive facility with a restaurant, private dining booths, “cabanas” with day-beds to catch a nap,  and a fully-equipped business suite.

Commonly referred to as Haneda Airport, it is one of two airports that serve the Greater Tokyo Area and has been recognized as the world’s most punctual airport, with 94.3% of its flight departing on time and 88.6% arriving on time.  In addition, it was awarded five-Star Airport Status by Skytrax for its ease of access and cleanliness. Haneda services both domestic and international flights to twenty-five cities and seventeen countries.

In preparation for the 2020 Summer Olympics, a new fast-speed rail line is being built to connect the airport to Tokyo Station (the area near the Imperial Palace and Ginza commercial district) in just eighteen minutes.

The second largest airport in the United States, Chicago O’Hare is in the heart of the mid-western United States, servicing hundreds of domestic flights and over sixty international destinations. O’Hare is known as one of the worst airports in the world for flight delays, and is undergoing an extensive modernization program to reduce long waits and increase capacity.

Located near a city already famed for its Art Institute and art exhibits, the terminals accordingly display dozens of painting and sculptures throughout.  As for amenities: O’Hare is the largest hub for United Airlines, so be sure to take advantage of their clubs on Concourses B, C and F, with Yelp reviewers praising the “Pepperidge Farm cookies, fresh fruit and free drinks,” not to mention the availability of showers. This article also gives a further overview of O’Hare’s business/first class lounges.

Located in sunny California, LAX is a busy cargo hub for Southern California and Asia Pacific imports. It is also the primary airport for US business travel to and from Asia Pacific, and serves as a connecting hub to airline carriers on many international routes, including Tokyo, Sydney, Seoul, and Taipei.

As a gateway  to Mexico, the LAX airport offer many Mexican restaurant options, so take the opportunity to order a delicious burrito at El Cholo or Camacho’s during your stopover. There are literally dozens of other gastronomic options, however; have a look at this overview of eateries. Then, after dining, stop by the LAX marketplace; as you would expect in this land of luxury, retailers include Emporio Armani, Fred Segal, Coach and Michael Kors.

Dubai Airport, growing 15.2% in 2013, moved up three slots in the rankings of the world’s busiest airports (bested by Kuala Lumpur Airport, which grew by 19.1%, moving up seven slots).

Dubai is a major airline hub for the Middle East and has some of the best amenities in the world: food and shopping are first-class, as is a five-star hotel with gym, spa, swimming pool and conference facilities. For some revitalizing repose, seek out the Zen Garden for a little peace and quiet, or the snooze cubes for a quick nap.

Known by the French as Roissy Airport, Charles de Gaulle is home to Air France, and is the world’s eight busiest airport, and Europe’s second busiest — known for its steep, lengthy escalators and sprawling layout.

Both Hilton and Radisson Blu have hotels near the terminals, and located in a city renowned for fashion and some of the best shopping in the world, the airport doesn’t shy away from trendy boutiques and luxury stores. If you don’t have time to shop in Paris, spend some hours at the Paris Airport to pick up some French treasures. Lastly, the airport is easily accessible from downtown by train.

Located in the Southwestern United States, between the cities of Dallas and Fort Worth, DFW Airport is American Airlines’ hub and just a few miles from Southwest Airlines’ much smaller hub at Love Field.

With over 200 domestic and international destinations, DFW is the fourth largest airport in the U.S.  Be sure to check out one of American Airlines Flagship lounges for continental breakfast, late night bites, and an abundance of other amenities.  The Admiral’s Club at DFW drew special praise from weary passengers for its “fabulous showers,”  espresso, and refreshing “red and green apples.”

As the tenth largest airport in the world, SHIA grew 14.4% from 2011 to 2012, to move up three  rankings, but unfortunately was not ready for that substantial growth. The airport, primarily servicing Jakarta, is currently working on a new terminal and runway to be completed by 2015, to support its expected growth in line with the country’s exponential economic expansion.

In the meantime, passengers flying thru will appreciate the calming, lush flowering plants and greenery filling the outside areas, and can marvel at the Indonesian vernacular architectural style of the waiting pavilions.

Also known as Chek Lap Kok, Hong Kong International Airport is one of the busiest airports in Asia for passengers — and the busiest cargo hub in the world.  HKG is also one of the most efficient airports on the planet; passengers rarely have to wait long for security, immigration or luggage.

Added to this welcome bonus is the fact that HKG is an architectural marvel with expansive arched ceilings, providing natural light throughout the main terminal.  The airport also offers a plethora of shopping and dining options, so be sure to sample some local cuisine: noodles in broth, sushi, or dai pai dong toast.

Just southwest of Frankfurt, German’s financial capital, Frankfurt Airport is the third busiest airport in Europe for passenger travel, and the continent’s busiest for air cargo.  It also serves the most international sites in the world: 264 destinations in 113 countries.

The Frankfurt airport offers several unique amenities, and seems to go the extra mile to ensure  that antsy passengers are entertained or soothed: classical concerts and “prayer hours” with titles such as “Angles on Air” are offered, along with elaborate interactive science exhibits, leisure zones to stretch out and relax, lounges for business and first class travelers, and an Airport Conference Center with thirty-five meeting rooms.