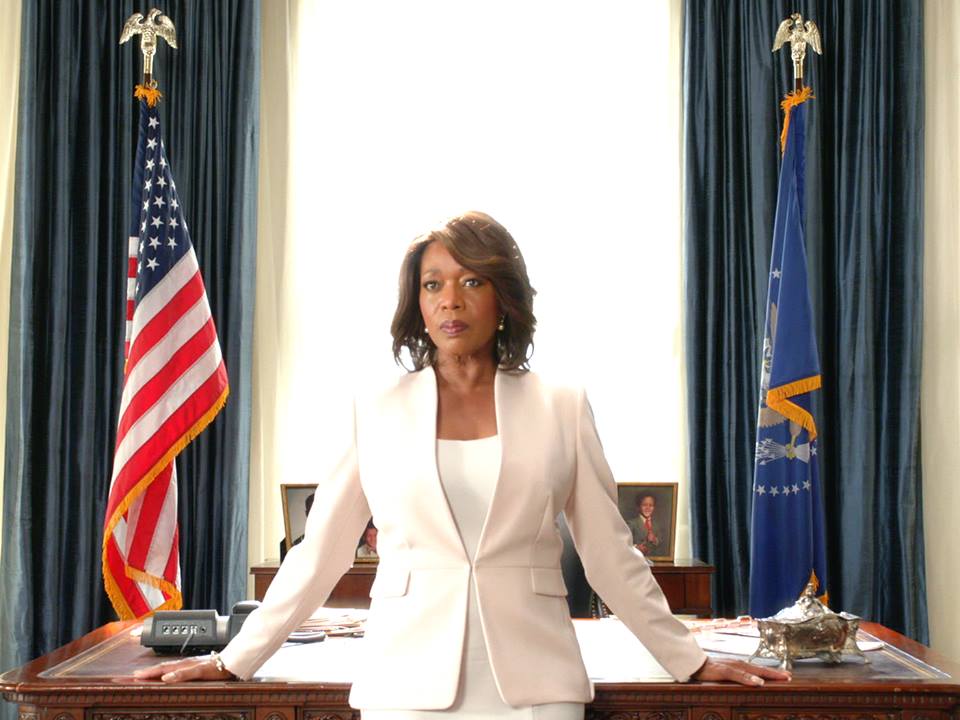 The State of State of Affairs

Fronted by Two Leading Ladies, State of Affairs Has Potential

While every other show on TV is wrapping up for cable’s winter hiatus, NBC’s State of Affairs is just getting started.

On Monday, the latest in White House dramas premiered on NBC fronted by two of television’s former elite: Katherine Heigl and Alfre Woodard. With Heigl playing CIA analyst and the president’s daily briefer, and Woodard playing the – first black woman – President, this show is NBC’s hopeful big-hitter of the season. 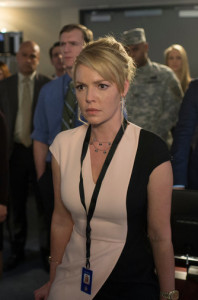 Created by Alexi Hawley – the writer and producer of The Following, Castle, and Body of Proof, the politically charged thriller managed a pull an audience of 8.6 million viewers, with particular appeal to the 18-49 demographic. Like many new shows, however, State of Affairs was met with mixed criticism – some claiming that it takes too much from its political drama predecessors, and some claiming it’s too much Heigl. Yet, NBC has kept its cards close to its chest with this show, only offering critics and reviewers the pilot. For next week’s second episode, we all go in blind.

What is notable about State of Affairs, and this growing fad on television, is that women are now being put in the forefront of politics, and are more and more in charge of running the country. Charleston “Charlie” Tucker, played by Heigl, is a high-ranking CIA Analyst. Personal demons aside, Charlie and her team are responsible for creating a PDB (President’s Daily Briefing). This “book” contains the “CIA’s top ten list of the most critical threats facing our country,” – each day – which she explains to the new briefer, Lucas, in the first 10 minutes of the pilot. That’s a pretty tall order to fill, and it’s refreshing to see it done by a woman.

In an interview with TV Guide, Heigl agreed that the role was unique. “This woman has this job, and got this job, and is in this position – not because she had to act like a man to get a man’s job and or to be in a man’s world – but because she is a woman and because she had certain strengths and differences, and ways of seeing things that make her exceptional.” It’s also exciting to see more and more women creating this style of TV blockbusters.

However, casting Woodard in the role of the President is the show’s most refreshing aspect. While the premier offered us only a slight glimpse into President Constance Payton’s life – she’s also a mourning mother who finds comfort in her relationship with former daughter in-law, Charlie – it’ll be an exciting story arch to watch her character unfold. “What we will have is a real relationship,” Woodard told TV Guide, offering insight into the relationship between the President and Charlie. “A relationship between two women who are powerful and who are not afraid of each other’s power.” With 36 years in the acting business and a place on the Committee on the Arts and Humanities (appointed by President Obama in 2009), Woodard will hopefully help carry the show through the bit of  mud slinging currently being thrown at Heigl.

As one of the show’s nine executive producers, along with her mother, Nancy Heigl, the show’s leading lady returns to television with some heavy baggage. Her departure from Grey’s Anatomy and Shondaland in 2010 was bumpy at best, and her film career peaked quickly to fizzle out in box office flops. Yet Heigl isn’t the type of woman to let bad press dictate her career. Having produced four movies, State of Affairs marks her first TV project. But as her fifth time sitting in the producer’s seat, the star has made herself an even more valuable asset to the show. She too played her cards right – waiting for the right career opportunity to arise. “This was an extraordinary opportunity for me,” said Heigl, when asked why she chose to return to the small screen.

But, because DC is the new black, as far as the entertainment industry is concerned, Heigl’s State of Affairs will be shamelessly compared to CBS’ Madam Secretary. Charlie paralleled to Elizabeth McCord (Téa Leoni’s Secretary of State), despite a host of differences. True, politics are television’s flavor of the month, but rarely do we hear these same rallying cries when yet another NCIS is premiered. Of the many noticeable differences between Charlie and Elizabeth, one that particularly stands out is their relationship status. While Elizabeth is married – and, possibly, one half of the most happily married couple in TV drama today – Charlie is decidedly single. And, despite her mourning for her dead fiancé, her character, to some extent, seems to be an empowered single woman, both inside and outside the bedroom. Watching both women grow and change in regards to their relationships with loved ones and co-workers will not only continue to help set these shows apart, but also offer viewers something unique from each one.

At the end of the day, a pilot is basically the book cover to a series, and we all know what they say about judging a book by that. Though the premier’s ratings were lower than some other fall favorites (Stalker brought in just over 9 million viewers, Madam Secretary had 14.75 for their premier, and How to Get Away with Murder pulled in a whopping 20.3 million), State of Affairs held onto solid ground. And, as the rest of TV slips into a winter slumber, this NBC drama might just win viewers over amidst the holiday specials elsewhere. According to many a Facebook fan, it already has.

Photos courtesy of NBC and State of Affairs Facebook Page

15
TAGS:  State of Affairs Women in entertainment women in television