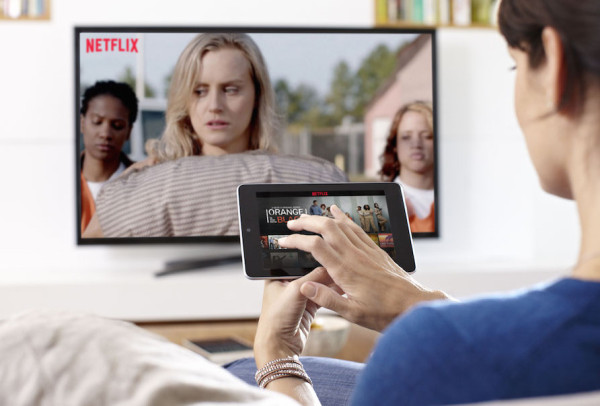 Viewers Support the Channel’s Smart, Vast Leap to the Forefront of Web Networks

Over the last few months, those of us at SharpHeels couldn’t help but make sure that Reckless – CBS’ steamy legal thriller – was among our top Netflix recommendations. And we weren’t the only ones who took notice of this distinctive show that delved deep into the heart of southern scandal. 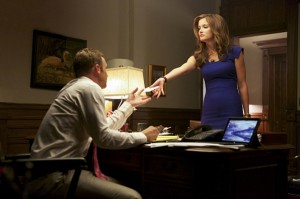 In October, when CBS announced that they would not be picking up season two of the sultry drama, fans were in an uproar. Hoards took to social media with the #RenewReckless hashtag, but CBS failed to listen. However, soon after CBS dropped the bad news, the show’s devoted followers targeted Netflix, a savior of many threatened-with-extinction productions, for their energetic campaign. Season one, which has been streaming on the site since the fall, currently has more than 143,000 reviews and an overall rating of 4.2 stars out of 5.

These same fans are now attempting to take over social media with their message. On Facebook, the “Renew Reckless” page has 2,985 Likes and is growing. On Twitter, that hashtag is used at least a dozen times daily, with tweets begging, pleading and sometimes demanding Netflix to pick up season two. While that account has 400 followers, there is yet another account focused on reviving the shows:@Reckless_Fans with 624 followers.

Since Netflix is known for saving – and revamping – shows that traditional television networks have booted (see Arrested Devlopment, The Killing, et al.), it seems more than plausible that the streaming site just might give Reckless a fighting chance. The creators of the series are most certainly up for negotiations, and according to Nichelle Protho, VP of Sander/Moses productions, and Kim Moses, Reckless’ executive director, the show’s stars have “responded positively to the outpour of posts.” The remaining step would be for Netflix to buy the rights to the show.

The Ease of the “View-Anywhere” Experience Boosts Web-Based Channels

The continuing shift towards non-traditional media has been a trending topic for some time now. Whether television executives like it or not, millennials are steering away from the typical TV routine.

In 2014, 18-24 year olds watched approximately two and a half hours of traditional television each day – that’s down 19 percent year-over-year, according to Nielsen. Looking at numbers from winter 2009 through winter of 2014, the report also shows that TV viewing has dropped for all age groups except the 65 and up age range. Even during last week’s Super Bowl, several ad agencies opted to promote their commercials in an online-only format in order to target millenials. 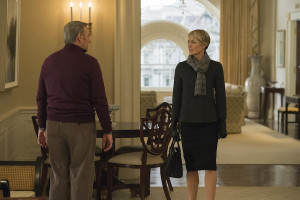 As for Netflix, in 2005 – eight years after the company was founded– the site had 4.2 million members. Today, two years shy of their 20th birthday, that number is at 57 million. In short, they grew more than thirteen times larger in less a decade. During that time Hulu, Tello, and Amazon have also emerged with their own series, or syndication of cable shows, making it even easier to rely less on TV and more on the web for home viewing.

Fox’s Arrested Development – the cult classic sitcom – was the first show Netflix saved from cancelation. Now, with several other resuscitated series, fans are getting louder about their demands and their hopes for the future of traditional shows. Aside from social media, the Reckless reviews on Netflix alone consists mostly of pleas to the online channel to pick up the show, and condemnation of CBS for canceling it in the first place.

“I don’t understand why CBS canceled the show? It’s such a good story! I finished the season in three days!! I wish this show would be continued on stream,” says one such reviewer.

“I normally don’t write reviews, but this show is too good for it to be left on a gigantic cliffhanger and be canceled. I’ve never seen any type of advertisement for this show — yet The Vampire Diaries, The Originals, Reign get 100+ commercials a day. This show has what a ton of other shows lack: a strong female character who is not defamed by love,” writes another.

What makes the streaming site truly standout is their uncanny ability to follow what you’re watching and make recommendations based on your history. Using Big Data and member’s ratings, Netflix has the ability to track what we watch, when we watch and – ignoring any Big Brother type conspiracies – then using that information to build recommendations for each Netflix subscriber. In fact, we have that Big Data data to thank for House of Cards. For years the company took note of the site’s trending shows and eventually surmised what type of original series would succeed. Jump to today, when season three of  that quintessential water-cooler, fashion-inspiring hit is only a few weeks away (February 27). 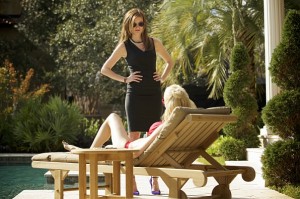 The bottom line: Netflix is fast becoming the leader of new media and changing the landscape of how people watch TV, movies, and miniseries. Even the star networks on TV seem to be acutely aware of that fact: it’s why HBO now offers “HBO Go” subscriptions to those who don’t own an actual television, and CBS has started streaming an impressive, comprehensive lineup of their shows to watch online. (We’re talking everything from the newest Madam Secretary to the original Beverly Hills 90210, and the 1970s Hawaii Five-O.)  As for Netflix itself, as of last month, the channel boasted eleven original series (with several more in the works for 2015), and five other network shows they picked up from networks for continuation, including AMC’s The Killing, Fox’s Arrested Development, and A&E’s Longmire.

Industry peers have also taken notice of the creative results, nominating Netflix for thirty-one Emmys in 2014, all for original (not revived) shows. At the end of the night, Netflix walked away with seven wins – and many still claim the channel was snubbed.

Though it’s yet to be seen if Netflix will heed the call of #RenewReckless, it may be possible that in the next few years the company – and other internet television networks – will overtake traditional TV.  It’s safe to say that the web channel’s canny, on-the-pulse approach has much to do with this future-centric shift.