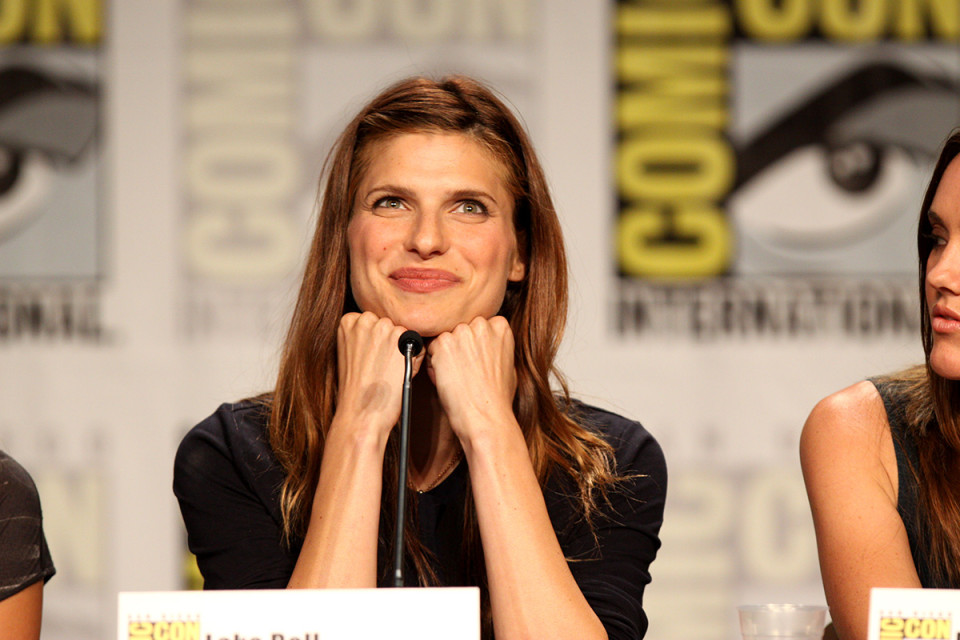 From holiday parties, mall trips, and family gatherings, the holiday aftermath finds many of us exhausted, on a budget, and maybe even a bit hermit-like. Add in this polar vortex that seems to be affecting the entire country – save the tip of Florida and Southern California – and January has officially become the month when it’s ok to stay inside, cuddle up with your Netflix account.

In this state, nothing hits the spot like a dramedy – equal parts laughter and tears. After scouring the Netflix library, here are some of our favorite meaningful comedies currently streaming on the site. These five films just so happen to feature strong, independent women in both the leading roles, and in the director’s seat. Of course we couldn’t help but love them and we hope you do to. Happy watching. 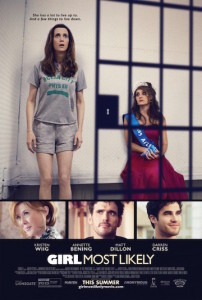 Pulcini.
Written by Michelle Morgan, and produced by several notable women including Alix Madigan of Winter’s Bone, Celine Rattray of The Kids Are All Right, and Trudie Styler of Snatch, Girl Most Likely follows a-once-promising playwright, Imogene on her fall from fame, and her subsequent rise to happiness and family acceptance. Though less bawdy than her Bridesmaids alter ego, Kristen Wiig still incorporates her hilarious physical humor with her awkward, fish-out-of-water charm. As Imogene – the film’s original title – Wiig takes the audience on her comical journey of self-discovery.

Shari Springer Berman and Robert Pulcini are the wife and husband directing team behind the film. Together, they’ve directed 11 films – including the Oscar-nominated documentary, American Splendor, and The Nanny Dairies. The filmmaking duo signed on after Wiig – riding the wave of her Bridesmaids’ success – helped greenlight the film. Wiig and Morgan (a budding actress as well as writer) shared an agent who gave Morgan’s script to the the comedian. Wiig took an immediate liking to the screenplay and has been involved with the film ever since. 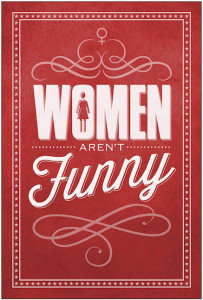 Stand-up comic, Bonnie McFarlane wants to get to the bottom of one topic: Are men actually funnier than women? This largely held thesis lies at the root of Women Aren’t Funny. McFarlane tracks down comics Sarah Silverman, Wanda Sykes, Amy Schumer, the late Joan Rivers, and more in hopes of disproving the outdated idea that women aren’t funny. With this many comedians, the documentary itself is littered with humor, and it’s one comedy that might teach viewers something while they laugh.

Bonnie McFarlane has been working behind the scenes as a writer and producer since the late 1990s. However, Women Aren’t Funny is her first film. As a long-time comic, McFarlane has said she was used to hearing “women aren’t funny,” and brushed it aside until an essay was published in Vanity Fair’s January 2007 issue titled “Why Women Aren’t Funny.” Christopher Hitchens’ article was the final straw that led McFarlane to interview dozens of men and women comics and comedy club owners to find out how the world truly feels about lady comics. Her husband – another comic – Rich Vos, also helped write and produce the film. 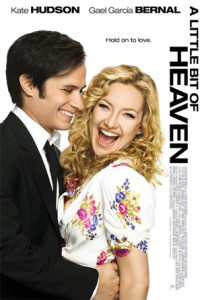 This 2012 film slipped by with little notice and fanfare, but today it’s alive and well on Netflix. Kate Hudson plays the sassy and witty, Marley, who’s more career-driven than relationship focused. But all that changes when she’s diagnosed with cancer. For those who loved Just Like Heaven, this movie is equal parts laughing, equal parts crying. And, Whoopi Goldberg plays God – what more could you ask for?

Nicole Kassell broke into the director’s scene in 2001, after her screenplay for The Woodsman won first prize in the Slamdance Screenplay Competition. The finished film– which starred husband and wife duo Kevin Bacon and Kyra Sedgwick – received a CACAE from The Cannes Film Festival. For her work as a director, Kassell was nominated for both an Independent Spirit Award and a Gotham Award. Aside from her film work, she’s also directed several televisions series including The Americans, The Following, The Closer, and The Killing. 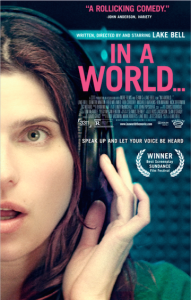 Starring Lake Bell, Fred Melamed, and Michaela Watkins; directed by Lake Bell.
Described as a “hilarious and heart-felt comedy,” In a World… stars Lake Bell as Carol, a novice voice coach who finds herself stuck between a quickly budding voice-over career and her father (Melamed), who just happens to be the movie industry’s go-to for all voice-overs. As Carol, Bell successfully shines a light on sexism in the industry while simultaneously offering a heaping help of quirky, on point humor.

Lake Bell not only stars in and directs this film; she’s also responsible for writing the screenplay. As an actress, Bell has been working in Hollywood since the early 2000s – with a breakout role on the original hospital drama series, ER. After a decade of onscreen fame, the leading lady decided to try her hand at both writing and directing. Her short film, Worst Enemy, received critical acclaim at several international film festivals, and a year later – in 2013 – she released In a World… her first feature.

Bridget Jones Diary: The Edge of Reason
Starring Renee Zellweger, Colin Firth, and Hugh Grant; directed by Beeban Kidron, based on the novel 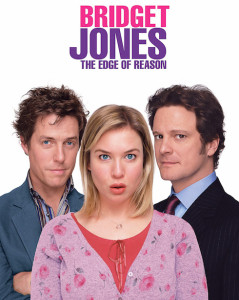 of the same name by Helen Fielding.
This chapter in the Bridget Jones saga picks up four weeks after the first one ends. Newly dating Mark Darcy (Firth), Bridget starts to lose confidence in their relationship after a string a mishaps and an introduction to his beautiful co-worker. A run-in with her ex-boyfriend, Daniel Cleaver (Grant), only further complicates the situation. Though there are some stark differences between the novel and its film adaptation, the story still owes credit to Helen Fielding’s writing. Besides, it’s Bridget Jones and who doesn’t love this story?

Beeban Kidron may seem an odd choice for director – documentaries form the bulk of her directing reel – but this is not her first stab at adapting a novel for the screen. Her work on Oranges Are Not the Only Fruit, Jeanette Winterson’s coming of age story, earned her critical acclaim and a BAFTA TV Award.

What’s your favorite Tragicomedy? Or perhaps, dramadies just aren’t your cup of tea? Tell us your favorite film genre to unwind with, in the comments below.

Photos courtesy of Girl Most Likely, A Little Bit of Heaven, Wikipedia