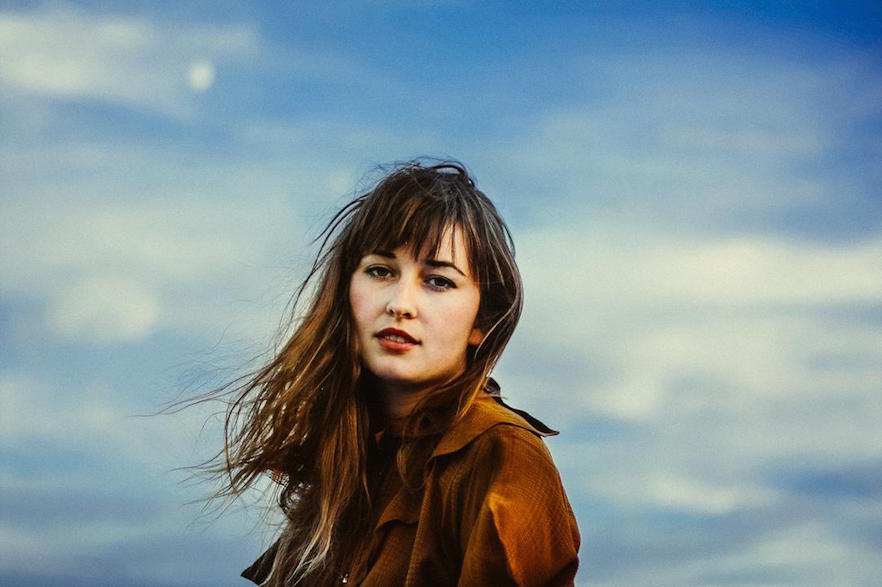 The Must-See Shows of SXSW Music

Running for six straight days – and very much into each night – SXSW music is what originally put this festival on the map. For unsigned, up-and-comers, SXSW is the land of opportunity – teaming with would-be fans, and record labels looking for new talent. According to the official site, over 28,000 musicians and music industry professionals attended last year’s festival, while 23,000 acts performed at more than 100 venues throughout Austin. This year is sure to be bigger, and we couldn’t be more excited to see that the 2015 music showcases are ripe with female talent.

But with numbers greater than the thousands, navigating SXSW’s music portion is by far the most daunting of all – like the Drake Passage of festival scheduling. To ease the stress – and shed some insider info – we’ve highlighted ten women artists, singer-songwriters, bands, and rappers that should not be missed.

Jess Williamson
Though most easily described as “alt-country,” Jess Williamson’s music is too haunted and too dark to simply be lumped into one genre. The Austin native released her second album – Native State – shortly after returning home to Texas after living in New York for several years. The album holds seven songs, most of which offer a glimpse into Williamson’s search for self. Between her soul-barring honesty, and bold vocals, Williamson – who also dabbles in photography – is an artist who’s not afraid to go against the grain. Catch her Tuesday night, March 17 on Cheer Up Charlie’s inside stage.

Elle King
This Brooklyn-based musician has all the makings of a rockstar. Elle King began playing guitar at 13, and somewhere along the way, added the banjo to her list of instruments. Her smoky voice and musical abilities blend rock, blues, soul and folk into music that’s hard to categorize, but easy to listen to. Prior to the release of her debut album – Love Stuff – earlier this year, King’s “Playing for Keeps” was made the theme song for VH1’s Mob Wives Chicago, and was also used in a commercial for AMC’s Mad Men. Spotify, Esquire Magazine, and Refinery 29 have all named King an “Artist to Watch.” So watch her at SXSW – she plays several shows including Stubb’s on Friday night, March 20.

DeJ Loaf
Detroit native, DeJ Loaf is a hip-hop lyricist and rapper who entered the scene three years ago. She dropped her first mixtape, Just Do It., in 2012. The album succeeded in gaining the young artist some much-needed attention, and she was soon signed to IBGM. A music lover from early on, DeJ Loaf aka Deja Trimble, began writing music when she was nine. After Drake quoted her single “Try Me” last summer via instagram, Trimble signed with Columbia Records. Since then she’s joined forces with several other Detroit rappers, including Eminem, to perform on the track “Detroit vs. Everybody,” and released her second mixtape, Sell Sole. See her live Tuesday night, March 17 at Blackheart.

La Luz
La Luz – meaning “The Light” in Spanish – is an all-girl surf rock group that calls Seattle home. The four-piece band released their EP in 2013, and before the year was done they dropped their first full-length album, It’s Alive. But their music isn’t all doo wop and fifties flare, in fact, according to Spotify, their music is infused with a “lo-fi, retro-rockabilly edge,” which makes them extra danceable. Shana Cleveland (lead singer, guitarist and songwriter), Abbey Blackwell (bass), Marian Li Pino (drums), and Alice Sandahl (keyboards) make up the sock-hop reminiscent band. Known for their incredible stage presence and live show energy, La Luz is not a band to miss. Catch them Friday night, March 20 on the Hotel Vegas Patio.

Torres
Mackenzie Scott aka Torres landed in the music scene in 2013 when she released her self-titled, debut album. Torres – the artist and the album – received praise from some of music’s most prominent sources, including Pitchfork (which rated her debut an 8.1), Beats Per Minute, and Drowned in Sound. The artist, who began playing guitar at 15, has been touring ever since. Last year she appeared on Sharon Van Etten’s latest album, Are We There?, and her sophomore album is set to hit music stands on May 5. From the upcoming album’s single, “Strange Hellos,” it appears Torres is pushing herself deeper into her music, and channeling nineties grunge queen, Courtney Love. Both Rolling Stone and NPR named her an artist to watch at this year’s SXSW. See her at the Central Presbyterian Church on Saturday night, March 21.

Rochelle Jordan
Toronto’s Rochelle Jordan is changing the face of hip-hop, mixing classic nineties sounds with her Jamaican and U.K. roots. Her beats make you want to dance, while her vocals make you want to harmonize. Jordan discovered her love of music at the young age of eight, and by 19 had become a YouTube sensation. In 2011 she released her first mixtape, ROJO, followed by her 2012 mixtape, Pressure. Both full-length albums were recorded from inside her bedroom, but the DIY EPs earned her a devoted fanbase. By the time she relocated to L.A. the following year, artists  – including Jessie Ware and Childish Gambino – were lining up to work with her. In November, the unsigned artist released her official debut LP, 1021. Today, it has five stars on iTunes. Catch Jordan Saturday night, March 21 at Cedar Street Courtyard.

Shilpa Ray
Esteemed crooner, Nick Cave declared himself “Shilpa Ray’s biggest fan!”after she released 2011’s Teenage and Torture, and she hasn’t looked back since. The two have toured together several times, and she’s recorded a track or two with Cave as well. In addition, Ray has also opened for Patti Smith, Man Man, and Elvis Costello. Raised in an Indian American home, the New Jersey native grew up learning to play the harmonium (a pump organ) and the piano – two instruments she still plays onstage and in recordings today. This sultry singer formed her first punk-inspired band, Beat the Devil, in the later oughts, but she currently plays with a four-piece band under the name, Shilpa Ray. Her latest album, Last Year’s Savage, will be released in May 2015. See Ray live late Tuesday Night, March 17 at Red Eyed Fly.

Joan Shelly
Hailing from Louisville, Kentucky, Joan Shelley’s music transports listeners to another time and place. A mix of folk, bluegrass, and just a hint of country, it’s easy to imagine sitting around a fire listening to hymns and lullabies. The singer-songwriter quietly entered the music scene five years ago – in that span she’s released three albums, including her latest, Electric Ursa, which hit music stores this past fall. Shelley has toured the globe with her music and has collaborated with many notable Louisville musicians, including Daniel Martin Moore. The songstress is set to play Wednesday night, March 18 at the 18th Floor at Hilton Garden Inn.

War on Women
Described as a “co-ed, feminist, hardcore punk band,” this Baltimore-based band mixes old school metal with nineties riot grrrl to create music that’s both loud and intelligent. The five-piece band, which consists of Shawna Potter (vocals), Brooks Harlan (guitar), Suzanne Werner (bass), Evan Tanner (drums), and Nancy Hornburg (guitar), joined musical forces in 2010. They released their EP two years later, and have since shared stages with some of punk’s most esteemed bands, including Jello Biafra & The Guantanamo School of Medicine, and Murder City Devils. As the songwriter, Potter is inspired to empower women and fight for equality through War on Women’s music. The band released their full-length, self-titled album in February. With a reputation for “ferocious” live shows, the band is sure to start a musical uproar at BD Riley’s, Saturday night, March 21.

Best Coast
Best Coast, the L.A.– based band, made up of singer-songwriter, and guitarist, Bethany Cosentino, and guitarist, Bobb Bruno, has been making music since 2009. As a band, they excel in creating the type of surf rock that makes you want to drive fast with the windows down and hair in your face. Though Cosentino began writing music at 15, she took a hiatus after high school to move to New York and try her hand at journalism. Luckily for music lovers everywhere, Cosentino soon became disillusioned with the east coast city and returned to southern California and her guitar. Before long she Bruno were recording songs from his home studio. This May, they’ll release California Nights, their third full-length album, which Cosentino wrote in the early morning hours before dawn. According to critics, this album will be “brighter,” and “more sophisticated,” than the 2012’s The Only Place. Best Coast plays several shows this week, including Hype Hotel on Wednesday, March 18.

For a more comprehensive lineup of must-see women artists and bands, see the schedule below.