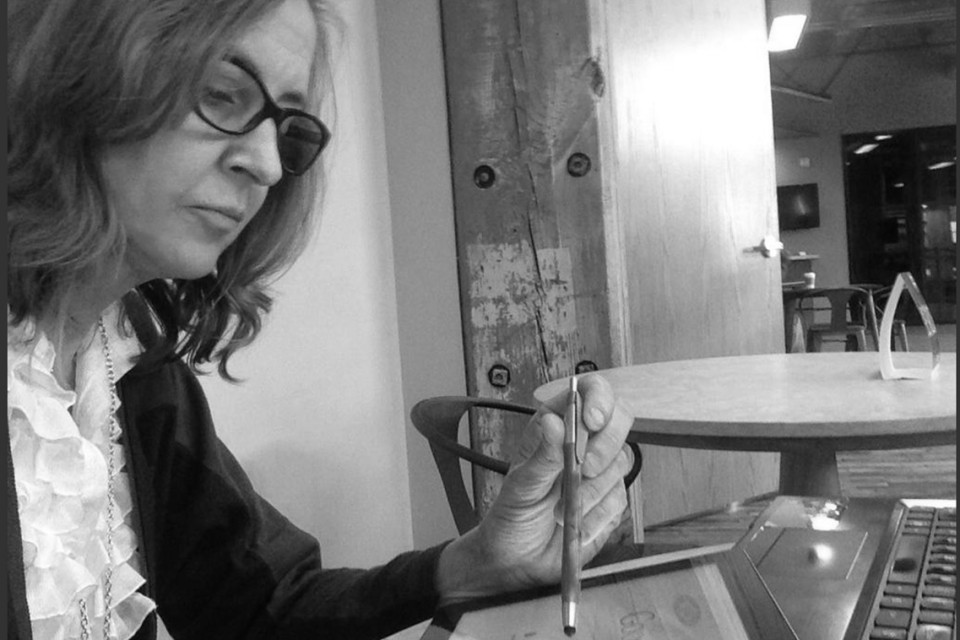 When I sat down to chat with Lisbeth McNabb, a woman who doesn’t stay in one place for long and starts and builds companies as her favorite pastime, she had just returned from the San Francisco Bay area, a favorite of hers. This trip was one of many she has made coast to coast while determining her next next move after her son graduates high school. She’s a woman always on the move, but like many other mothers with successful careers, McNabb committed to staying put in Texas until his graduation, after that, however, she plans to move to one coast or the other. Predicting where McNabb will settle might be easier using her latest company’s predictive analytics tools.

McNabb is the President and Founder of DigiworksCorp, a predictive analytics company that uses big data from brands and retailers to match consumers with the perfect product at the right time, ideally predicting what the customer will desire almost before they know it themselves. McNabb has a history of finding the right match for consumers, as she was CRO and CFO at the dating website Match.com , and Chairman and Founder of a women’s networking site, w2wLink.

McNabb said she figured out early in her career that, “I’m strongest at innovation and high growth.” She is a woman that can start and build a company quickly then move forward to construct something even bigger. She seems positively energized by it.

McNabb is also passionate and energized about sharing with other women the insight gained during her career, so that they can learn from her experiences. We began our discussion about data analytics in 2015.

Leverage the Tools You HaveAccording to McNabb, the headline in big data this year centers on “leveraging the tools, not necessarily adding more tools” to blend marketing and technology.

This strategy doesn’t work only for big data; it is a big career strategy for women as well. A woman must decide where her career is heading and then stop doing the things that do not move her in that direction. McNabb mentioned several changes that women can make to enhance their careers.

Be the Face of ChangeChange is good. McNabb wants to change the number of women on company boards and is advocates getting women on boards earlier in their careers. When we spoke about women in tech, one of the big opportunities McNabb sited is that boards know that they need more women and that they need more tech people. A woman who knows that she wants to become an executive on a board at some point should position herself when she is young.

According to McNabb, most people don’t make it to the board of a public company until their late 60s or 70s—close to retirement from their other positions. McNabb, on the other hand, got on the board of her first company at age 45—very young in the board world—because of her tech experience and experience at Match.com. Tech-savvy women are highly desired on company boards.

“They (companies) are looking for tech, and they feel pressured to change the numbers of women. So, they’re going to add women and they’re going to add tech,” explained McNabb. Obviously, women in tech satisfy both needs for the company. Those women who move into board roles when they are younger, first at non-profits and then at for-profit companies will change not only the makeup of boards in a positive way; but “they will also give visibility to women in tech and to all women.” Women must take the initiative to move their own careers forward.

Take InitiativeWomen without tech experience or that do not work in tech yet can still creatively acquire knowledge and experience. Look at an area where women might be over-indexed, such as in marketing. McNabb said, “A woman who maybe isn’t the decision-maker in the company yet, but is an influencer, might reach out to several companies that are delivering products to the marketing suite and say, ‘We’re trying to figure out how to put technology into our marketing.’”

You might not be able to bring them in to the decision makers immediately; however, you can learn more by speaking with several of them. Be creative at innovating and you might find a company that offers a product that will do exactly what your company has been trying to do. You might even be able to figure out what products your competitors are using. “Take more power than you think you have as a woman,” McNabb said, “and learn by talking to vendors that are around your function and project.”

Many people wait until someone tells them to go execute because they think, “That’s not my decision, I don’t have the budget, or I don’t have the power,” stated McNabb. If your career has been on a different track or you took a time out from your career, you might need some new knowledge before you change course. Luckily, you can acquire some of that knowledge free.

Learn Something NewMcNabb said, too, that she has consulted with women—like a recent CEO of a prominent brand—that ask her, “Lisbeth, what can I do to learn more about digital and analytics?” McNabb encouraged women look at the great TEDTalks or other YouTube videos that are available. Use your newfound knowledge in a project for a non-profit committee, and “You could end up with a great resume experience,” McNabb said. You don’t have to make a long-term commitment to the non-profit either. Commit for three months for a specific project, McNabb advised.

Set the Bar HigherBy the time she was in college, McNabb had decided that she would be at least as successful as her father was at IBM. She set her career clock by attaining that before she was forty. When that came and went though, she knew she had to keep moving forward.

“Women put a face on what is success for them career-wise.” McNabb said. Every five years, she was able to elevate by moving across to another company. She realized that she was joyful while working in high growth and innovation and, thereafter, chose to answer the call with companies that promised, “We’re going to do something that’s never been done before.” “I really was confident, but the method to the madness was, ‘Let me keep doing what I’m good at and be successful,’ and it worked,” she said.

Before McNabb heads off to her next great career adventure—on whichever coast that might be—I asked her if there was anything she wishes she had known earlier in her career that might have changed or helped her. “I think I wish I’d learned earlier the value of meditation…It’s such a powerful tool to help you get the best of yourself.” McNabb gives herself 10-12 minutes daily to calm her mind, and she believes that meditation works for anyone from Navy Seal to Spiritual leader and everyone in between.