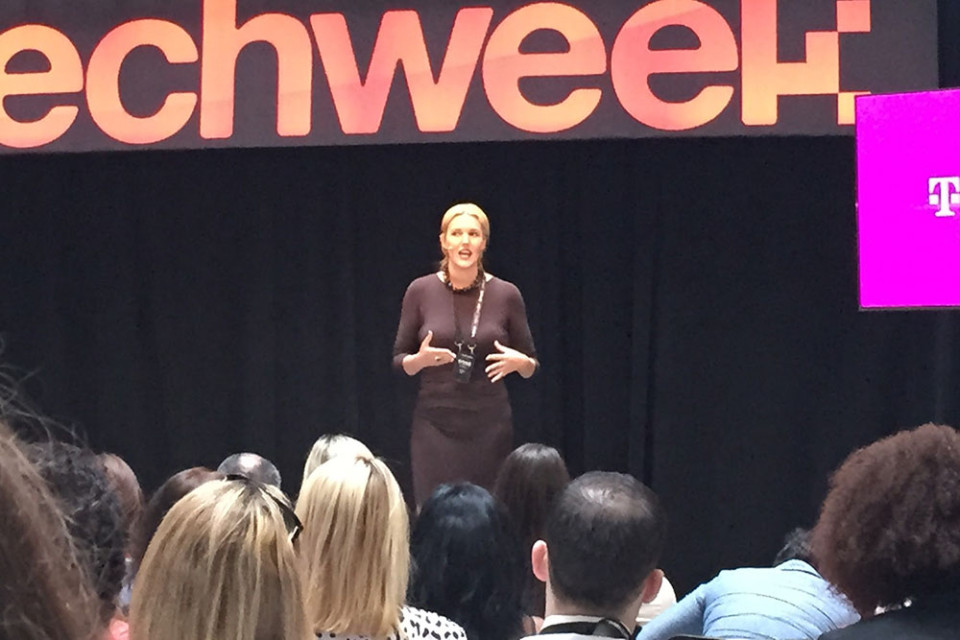 The “Girl Power” theme was in full force at this year’s Techweek Chicago 2015, held June 22-25. The event featured a new female CEO, a Women in Tech Breakfast, a dynamic lineup of speakers, and a plethora of new tech companies with SHE-founders! Check out some of the highlights below:

Amp Up Your Social Media 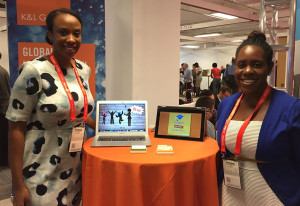 Co-Founders Angel Davis and Lauren Washington of KeepUp are already setting the East Coast start-up world on fire, winning a 2014 NY state business plan competition and receiving a $250k prize for their social media simplifier that prevents people from missing their friends’ special events in the very crowded world of social media. It tracks twelve major life events (birthday, engagements or other special moments) from the top social media sites by searching friends’ conversations and pulling out trending announcements, and also allows users to send congratulatory texts or comment directly to friends.

KeepUp was among the presenting companies at the Techweek Chicago Launch Competition; while they did not make it to the finals, co-founder Angel Davis still felt that “Techweek Chicago was a great opportunity for KeepUp to showcase our beta, and a wonderful way to connect with like-minded individuals on current and future innovations within tech.”

Boosting the Next Generation 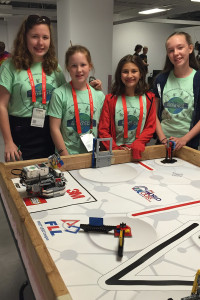 One of the prime locations on the Techweek Chicago floor was given to the young ladies (and some gentlemen too) of the First Lego League (FLL). This STEM-focused program encourages students in grades 4-8 to solve a problem using a theme they are given at the start of the season; 2015’s theme was “world class” and the key problem was, “How can you improve the way that someone learns something?” All FLL teams focused on three major elements to solve that problem: 1) robotics 2) a research project and 3) an examination of core values.

Recent high school graduate (and Carnegie Mellon-bound!) Bridget Soderna served as a guide on the floor and a mentor to one of the robotics teams, called Around The World. This group, from LaSalle Language Academy in downtown Chicago, and made up of five girls and five boys, won awards at both the qualifier and state level this past season for “improving how to teach someone about culture.”

Soderna originally joined as a mentor to fulfill required volunteer hours for her high school, but her feelings about working with the students quickly changed: “I started to grow close to the kids, and to look forward to the meetings and helping them with the projects.” She credits her participation in her own high school robotics program for guiding her pursuit of a college degree in engineering. Further, she indicated that both her own high school program and FLL helps girls to “develop leadership skills and learn how to fundraise, speak publicly, and network.”

Lighting Up Dark Corners of The World

Alexis Bonnell, the Director of the Office of Engagement and Communications in the U.S. Global Development Lab, spoke during the Women in Tech Breakfast on Thursday morning. Bonnell was introduced at the event as having delivered more than a billion dollars of humanitarian and development programming to more than two dozen countries in either the conflict, post-conflict or emergency stages. She indicated that she uses technology to drive ideation and problem solving for some of the world’s most complex challenges.

Highlighting a recent issue that faced Ebola aid workers in Africa, Bonnell described how medical providers could only work in their bio-hazard gear for a maximum of thirty-five minutes before their body temperatures and heart rates would rise to dangerous levels. To the rescue: by embracing technology, crowdsourcing and what she called the “democratization of development,” her organization announced a grant challenge to develop a safe suit without adverse heat reactions. And the winning submission came from…..a wedding dress designer, since her understanding of fabrics and seams created an outfit that maintained safety and prevented overheating. This is what Bonnell referred to as “getting over ourselves,” as she indicated it was not a scientist or engineer that presented the solution; instead the organization was open to great ideas coming from anywhere in the world, including a bridal seamstress!

A Surge in The Supply Chain

Riana Lynn at Food Trace wants to make it easier for food businesses to connection with food producers, distributors, and buyers. Through a management software platform, Google-backed FoodTrace fills a void that that allows end-users to connect and manage their food needs and supply chain.

When asked why she started the business, Lynn indicated, “I know what it’s like to run a fast-growing, nationally ranked chain of juice bars and have a hard time finding local products. I’ve also seen customer disappointment when the top menu item can’t be served because of lack of ingredients.” She felt there was a better answer by using technology to save time, increase margins, and allow clients to focus on their core business.

Riana, a Chicago native and former White House intern, is working with her team to build their B2B start-up to eventually be the largest network of food businesses. (Click here to learn more about her story and the Food Trace program.) They attend events like Techweek Chicago to spread their message and, as she notes, she was “encouraged to see so many female entrepreneurs featured in the speaker series this year. Bringing together a diverse community for collaboration is crucial to the continued progress of the tech industry. I was honored to be included.”