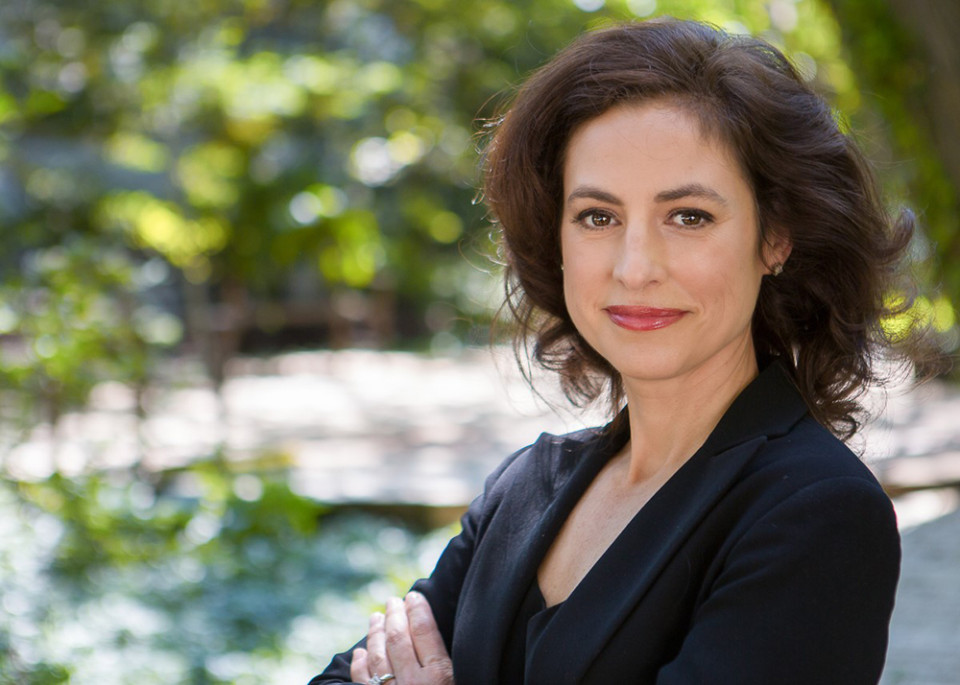 Heidi Brown, Co-Founder of Options Away, an Airfare-Friendly Website, Talks Start-up, Funding, and Her Husband as Co-Founder

Heidi Brown knows a lot about options — the kind you trade on Wall Street and the ones that you are faced with when deciding between work and family. As co-founder of Options Away, an online travel agency that allows consumers to lock in the price of an airline ticket while finalizing their travel plans, she is giving consumers a new choice in the travel industry while providing a different career path for herself and her family.

In February of this year she lead her Chicago-based tech startup through a Series A fundraising round —  and came out the other side with $3.5mm in capital, a feat that few women founders/entrepreneurs have accomplished. Sitting down to talk to Heidi, and watching her recent TED Talk, you are struck by her professionalism, intelligence and drive. She is honest about the difficulties of starting and running a business, and passionate about discussing flexible labor markets and how women can achieve success.

Brown and her husband (and co-founder) of Options Away met while both were expats living in Europe. She recalls that some of her best memories during that time were jetting off for weekend ski getaways in Austria and Switzerland. A combination of low-cost carriers and European attitudes on time off provided the couple extensive experiences across the continent. She wanted to bring some of that flexibility stateside, but fit the concept into the American model of a more planned vacation.

Using her Wall Street background in options training, a great deal of research on the travel space, and a desire to disrupt the industry, and Options Away was eventually born. The site is the world’s only online travel agency that allows consumers, for a small fee ($4 – $50), to lock in the price of an airline ticket while continuing to ponder their travel plans. If the price of the flight increases, they will never have to pay more than the locked-in fare, and customers are also notified if the price of their fare decreases.

In 2013, Brown completed her first round of fundraising with a friends/family/angel round that included a former CEO of Priceline. The most recent round, in February of 2015, included new challenges; according to Brown: “Fundraising in Chicago is no easy task. The valuations are much lower, and unlike the East and West coasts, investors here do not throw money at concepts or business plans. They want to see quantifiable traction. They want to see revenue.”

So Brown attacked fundraising with the same tenacity as she did Wall Street trading, ultimately concluding that she needed to adopt a full-on sales mode. She notes, “I had a giant spreadsheet with VC companies, their portfolios, and amounts of money they tended to give.” She decided she didn’t want just any investor. Brown wanted to work with funders who understood the travel and trading space as well as the Chicago tech market, and would serve as active board members who would ultimately help achieve the goal of an IPO.

Once she settled on a good list of contenders, she started utilizing her network, getting meetings and perfecting her road-show pitch. She closed her round with the following: OCA Ventures, known for their understanding of the trading world; Thayer Ventures, which focuses on travel and hospitality investments and includes the ex-CFO of American Airlines; and Pritzker Group, a major player in the Chicago technology space.

But Brown’s unusual success reminds us that women business owners who raise multi-million dollar rounds from venture capital groups are few and far between.

A recently released study by Babson College indicated that only 2.7 percent of venture funding went to companies with a woman as the CEO, and 85 percent of all VC-funded businesses have no women on the executive team. These numbers are undoubtedly brutal – and, also, as Brown indicates, somewhat emblematic of a very basic problem: most women don’t understand how to fundraise. According to Brown,“I put myself in the category two years ago of saying that it is a sales job that involves a lot of time research — and unfortunately there are just not enough role models out there.” Referencing the recent news surrounding the former CEO of Reddit she indicates, “The media has been really hard on women – there are a lot of haters out there, and that does not exist in the male arena.”

Brown feels that solving this problem is a long game; more women are needed to be on the development side of the entrepreneurial equation, which means more girls receiving computer science degrees and having that legitimacy in the space.

That’s a long-term solution; in the short term, there are no easy answers, and very little help for female entrepreneurs. There are a ton of panel discussions and female-focused “leadership pushes” but to many, it seems that the city initiatives and incubators clamoring to add women to their ranks are doing so because they think they should. And in the end, being a woman didn’t make the fundraising process any easier for Brown:  “There was no preferential treatment – VCs were not seeking us out.”

It is ironic that few stories of men who successfully completed their fundraising round include questions on their personal life or their ability to “have it all.”  But in featuring a woman, it seems glaring to leave that piece of the story out. And in fact, Brown’s advice and perspectives are helpful for women looking for advice on how to do what she has done. She offers this: “Don’t start your own business until your dependents are less dependent.” (She began Options Away when her youngest child entered full time kindergarten.)

Also, the fact that she works every day with her husband draws interest, and she gets asked about it frequently.  She provides a memorable answer about all of that:  “I find it interesting that people are so interested. Our skill sets are very different, but complementary. We communicate well privately and publicly, which is essential. On the negative side, the risk is high in that we have all of our ‘eggs in one basket’ financially, but on the positive side, there is no one I would trust more as a co-founder than someone whom I romantically vetted for years before committing to!”