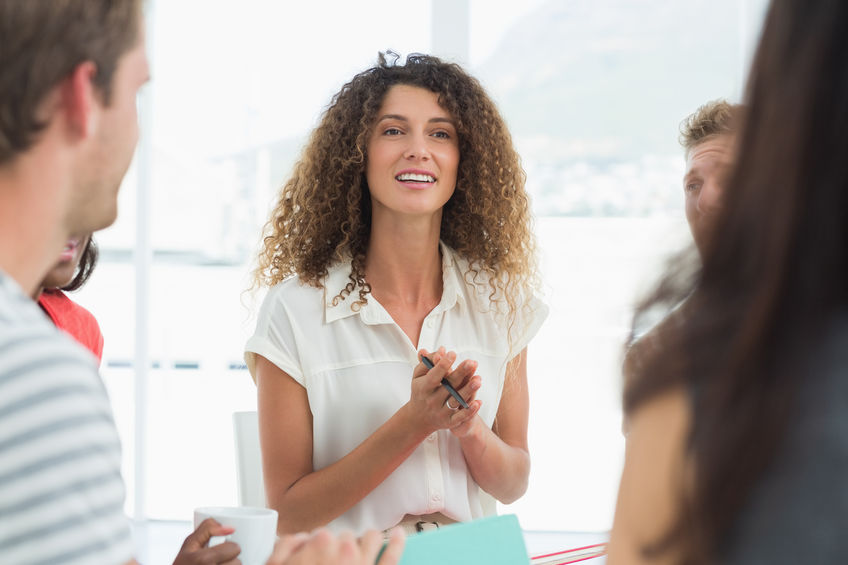 I’m a girl’s girl.  I surround myself with strong female friends and mentors, and cringe when I hear other women brag, “I don’t know, I just get along better with men.”  I am also the first one to dispute the theory that an office full of women just doesn’t work.

I believe that we as women are strong, fierce and empowering when we work together.  However, I have also experienced how we can be our own worst enemies.  As in, girl games.  Veiled compliments.  Questions asked simply to set one up for failure in front of their peers.  Backstabbing.  Point-blank rudeness.

I’ve been on both sides of the girl game, and every single time, the common denominator is this:  nobody wins.  So while the girl game is seemingly unavoidable, there are a variety of steps you can take to avoid going into battle.  It just so happens that I have learned the following tips from my dear friend and mentor (we’ll refer to her here as “D”).

Whether it’s to save face when someone tries to instigate the game, or to keep yourself in check, here are a few tips to help you stay above board.

We’ve all been there.  By “there”, I mean the receiving end of an inappropriate and/or loaded question by a not-so-well-meaning co-worker.  I once asked D, “How do you politely tell someone to check themselves…and f—- off while they are at it?”  She replied, “My favorite response is,  ‘Why do you ask?’ “You see, when you respond with, “Why do you ask?” it forces your interrogator to take a good look at why they are actually posing the question.  The majority of women will take the cue and reframe their question in a less threatening manner – or scratch it all together – and should apologize for the misstep.

“Being powerful is like being a lady.  If you have to tell people you are, you aren’t.” – Margaret Thatcher

This beauty of a quote is actually framed in D’s office.  This particular quote is one that flashes in neon lights in my head when I feel myself trying to outdo another female counterpart.  Now, I am not saying that competition is limited to females, but let’s face it:  there’s no shortage of it within our species.

I’ve come to find that the more I brag about myself, my accomplishments, my connections, etc., the more room I give myself to fall on my face – with an eager audience.  Bragging to outdo another woman and quell your self-conscious anxieties rarely gets you ahead.

I walked into D’s office one day during a particularly difficult transition, and I noticed a new quote on her pin board.  She had quickly scribbled, “Always assume positive intent.”  When I asked her what brought on the new thought, she explained that she had been spending so much of her time assuming that certain people were out to get her, and it caused her to go into meetings immediately on the defense, rather than the topic at hand.  She noted that when she began to “assume positive intent” until the other woman proved her wrong, she started to see the true motives behind others’ actions, and it resulted in an improved and productive working environment.

This has been a favorite of mine.  As someone who is rather intuitive and happened to grow up around a host of passive-aggressive women, I have found myself always trying to hear what is not being said, especially when I meet with other women.  So I have taken an “off” comment made when the other woman is having a bad day, and gone on to make assumptions, until I was convinced that she was dead-set on ruining my life.

Turns out, it’s a bit narcissistic to think that another woman has made it her goal to destroy you.  Therefore, assume positive intent until proven otherwise, and do your best to learn where she is coming from.  Wouldn’t you want the same in return?

Put Them at the Top of the Positive Thoughts List

Any time D mentions to me that someone is “at the top of the prayer list”, I know that she really means they are numero uno on her $*%# list. But, instead tries to focus on positive thoughts instead.  I have also found this to be an incredibly helpful tip when dealing with those who seem downright impossible in the workplace.

The whole point of it is to use all of the negative energy that you have for another individual, and fuel it into positivity.  Focus on whatever positive attributes the other person possesses and wish them the best in their daily endeavors.

Start off by doing this in your head, whether it be prayer or meditation.  DON’T try to fake it if you can’t bring yourself to actually mean it in the beginning.  After a few weeks of sending positive energy to the other party, you’ll be amazed at how your feelings toward them start to transform.

At the end of the day, it’s best to remember the golden rule:  treat others as you would want to be treated.  We are all in this together, and it will be a lot more fun when we realize we are on the same team.