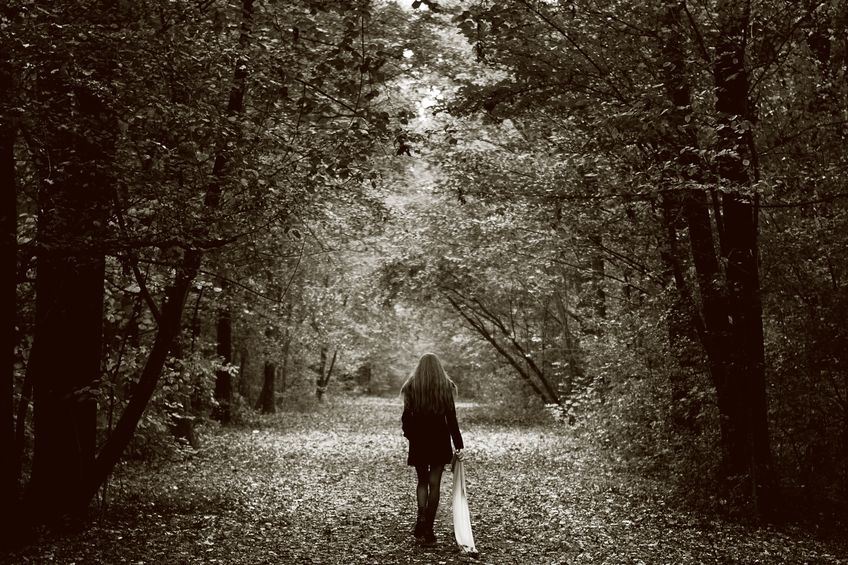 Overcoming a Difficult Childhood, Making the Best of Things and Building a Prosperous Future

I’ve been through so many crazy things in my life that I frequently compare myself to the movie character Forest Gump. I don’t share my life story with most people — because it doesn’t fit into most average conversations. The reality is that people like to talk about themselves, and I like to let them because it saves me from having to bare my soul. The few who have heard my life story often ask how I ended up being so stable, and how I avoided becoming a permanent “resident of loserville.” So I often reflect on my challenging past and try to identify a tangible moment when I decided not to let my circumstances dictate my future. Before I start, I can promise you there is no such moment.

To begin at the beginning, as the novelists say: I was the child of a teenage mother who was sent to a convent to carry out her pregnancy and childbirth alone, without the support of her family. I guess this was a common practice in the 1970’s.

I was supposed to be adopted — and am told I actually stayed at a foster home for a few days as a newborn — until my grandparents came to see me, and decided they couldn’t live without me. (Note: my mother is a dysfunctional person who wasn’t capable of caring for a child, regardless of her age.) I was raised by my grandparents until I was five without the active engagement of my mother. I do remember her stopping by on Easter one year, and I specifically remember the plastic bunny bank she gave me. I always felt weird in her presence, not emotionally connected at all.

So…when I was entering kindergarten, my mother was engaged for the second time and she decided it was time for me to live with her. My new stepfather was a disgusting drug addict and alcoholic who was sexually abusive to me, and physically abusive to my mother. My life transformed from normalcy to a merry-go-round of chaos and abuse.

My grandparents knew my mother was being abused, but didn’t consider that I was also a victim. I think they were in denial. The abuse went on until I was about nine, and I had finally had had enough. I mustered up whatever courage I had, marched into the school nurse, and told her I was being abused. I remember her pulling me into me into her arms and hugging me so tightly. She asked why I didn’t tell her sooner, and balled her eyes out on my shoulder. I was really, really scared, but she told me I was brave, and repeated over and over that the abuse wasn’t my fault.

The funny thing was that, unlike most children, I never thought it was my fault. I don’t even remember crying when I finally told the world what was happening. I always knew in the deepest part of my soul that I was brave and stronger than most people. Being abused only made me angry; I knew I was being taken advantage of, and it made me livid.

Anyway, before I knew it, I was whisked away in the back of a police car, and dropped off at an intake home for abused children. That image is forever burned into my mind because I felt I was treated like a criminal – and again, this made me furious. The only consolation was that I believed whatever the future held, it would be better than my current circumstances.

The legal process was absolutely brutal. Building the case against my stepfather meant the following: investigative interviews; strangers taking photos of my tiny body to document the abuse; and a never- ending stream of social workers and child psychologists. In the end, my stepfather admitted to his crimes and he was sentenced to work furlough for a few months. I remember overhearing the judgment, and feeling so unimportant.

And after all of this, my mother never even considered leaving my stepfather. She invested all of her time in his recovery and rehabilitation. In my eyes, this was and still is unforgiveable. At that time, the child services system focused sharply on maintaining the family unit.

When my stepfather was released from work furlough, I was returned to him and my mother. I was constantly manipulated to believe that preserving the family was the most important priority. I never believed it, and knew that what was happening was wrong. Would women be expected to live with their rapists as a form of rehabilitation? Of course not – and how was my situation any different? I was a kid, I didn’t have a voice, and the family services court system controlled my life.

The Role of Perspective and Hindsight

So from this point on, I always thought about growing up and controlling my own life and circumstances. I promised myself I would never take the opportunities in my future adulthood for granted; I couldn’t wait to grow up and leave all the craziness behind, and that’s exactly what I did.

There’s so much more to my story, but you get the point: I survived and persevered. I didn’t use my past as an excuse to fail or behave badly. I didn’t allow myself to be a victim, and I always figured out a way to keep myself on the right track. I tapped into my inner strength, and forced myself to move forward. I somehow always knew once I could control my own life, everything would be better. And, it turns out, I was right.

Nature versus nurture? I personally believe it’s a combination of both, but I also feel confident that some people are born survivors — and others are simply not. Clearly, I am a born survivor. I know this in a very  deep way that most people can’t identify with, and I do realize that my story is the exception not the rule; it’s hard for me to compare myself with others who have allowed allow life to consume them. I often wonder why certain people just can’t seem to move forward, and find myself wanting to shout from the rooftop, “The future is what you make it!  Create your destiny, and cut the negativity out of your life. If people aren’t lifting you up, they are bringing you down. Look around, figure out which relationships are drowning you, and free yourself. If you can’t take that step, it’s time to look inward, because the problem might be you.”

There are so many valuable lessons that I’ve learned but I’ve boiled down a few to share with those who are struggling with their own circumstances.

Whenever something challenging happens, and I feel life starting to get the better of me, I think back to the little girl in the back of that police car. I remind myself that I’m so much bigger and better than any foul ball life now throws me.

An unfortunate situation or circumstance only lives for a short moment in the span of a lifetime, but it can change your entire trajectory if you let it. For me, however, that sad memory and thinking back to the difficult times in my life fill my soul with the confidence I need to keep moving forward. It helps me to remember that I control my life, I control my future, and that my circumstances are completely in my hands.