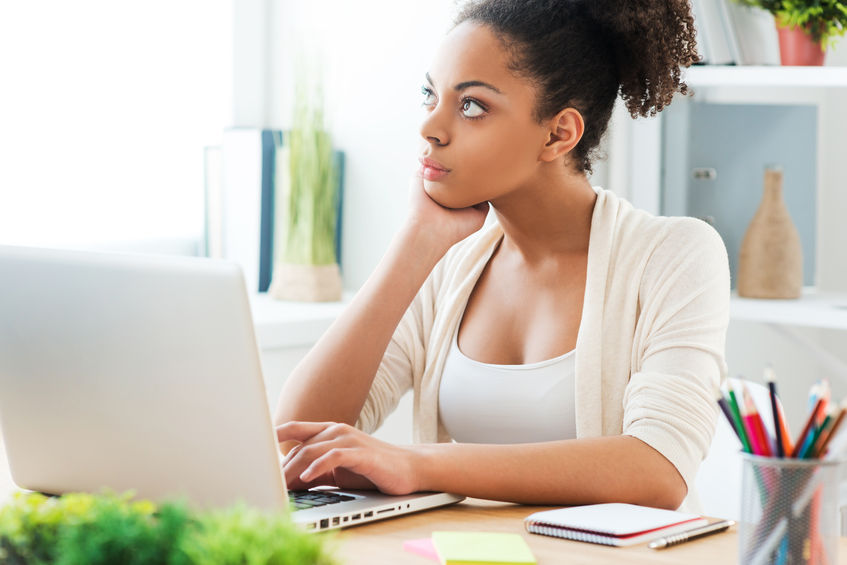 Should You Accept the Offer?

There are many books, classes and advice columns about how to interview to get a job. Often, though, we’re so focused on actually getting the position offered to us that we don’t always take the time to ask ourselves if we really want it, if the company is the right fit for us, or even if this is the right career move. Given that these elements can be very important, here are 5 main items to think through during the interview and job offer process that can help you focus on those issues:

1. Is the Job Compelling?Based on what you learn about the job in the interview process, ask yourself if it is a job you can see yourself enjoying for the next 1-3 years.  Why this is important: many times a company will market that they promote from within, and that after 12-18 months a person can apply for a promotion or move into another department of the company.  While this is a nice program, the reality is that not everyone can move up after 12-18 months, because not all companies have enough openings to accommodate those frequent job switches/promotions.

Therefore, it’s really important to envision yourself doing the job for a few years to build up experience on your resumé – so if you go into this thinking you’ll only want to do it for a year or so, you may be setting yourself up for disappointment.

How many people has s/he promoted in their careers?

3. Will this Job Look Like a Step Up on Your Resumé?Your resumé should tell a story of the progression you’ve made in your career. So think about whether this potential position may look like a lateral move or a demotion to a person reading it.  Neither is right or wrong; rather it’s important that you know what you’re doing when taking a new role, and how it will impact you in the future. One way to think about it: while a promotional opportunity pens you as a high-potential employee who is growing her career, a lateral move can be justified if the industry or company is such that you can easily describe why you made the move.

As for a demotion: maybe you’re looking to have a smaller role than what you’ve had in the past, and there is nothing wrong with this. However, be aware that future employers will want to understand your decision someday when they are interviewing you.

4. Will you Fit in With the Company Culture?If you’re a creative soul who loves to have spontaneous brainstorm sessions, and you’ve worked in agencies where people thrive in these types of environments, then going to work for a law firm or a public accounting firm might not be for you! In a law or public accounting firm, the employees charge their time to their clients — and the mindset is to use time very efficiently.  Thus, having spontaneous brainstorm sessions will likely not be appreciated, as this will take time away from clients. This type of company also tends to be very structured, and black-and-white decisions are made based on facts and data — whereas a creative type might use intuition, or want to try different formats on different processes.

Again, there is no right or wrong here; rather, as you think about working at a company for an average of three years, you want to ensure that you’re picking an environment where you’ll feel most like you. Life is hard enough trying to balance all the pressures and stresses of personal and professional life, so it’s really important to pick a place where you think you’ll find the best culture fit.

5. You’d be Crazy not to Take the Offer — the Money is Ridiculous!!This only happens once in a while in the world of corporate jobs. Over the years, many people have taken a position because they felt they’d be stupid not to take it, only to find out later that the money isn’t compelling because the environment is awful and the people are dysfunctional.

Thus: don’t be lured in by the title, the perceived prestige, or the big paycheck without considering other elements, as nothing is worth being downright unhappy.  Why? Beyond the obvious reason of maintaining emotional health, unhappy people don’t interview well because they’re desperate to get out – added to which they now have an inflated title or salary and it becomes difficult for a new recruiter or manager to understand why the person took the job other than for greed.  Needless to say, that doesn’t typically shine the best light on one’s resumé.

My perspective on all of this: once, many years ago, I decided to take a job that was both in an industry and role very unlike any that I had ever experienced. At the time, this industry was doing really well, I was sure that I’d be good at it, and the compensation was unlimited.  All I could think about were the big dollar signs, and how great my life was going to be.

I didn’t think about the fact that it was a family-owned business (not my family); that there was a lot of turnover (read: dysfunctional environment!!); or that the people that worked there were not people with whom I would normally associate, either at work or personally. Two weeks into the new gig, I realized that I had made an awful decision, and it took a couple of months for me to find a new role, back in the normal environment where I knew I would be a great fit. The interview process during all of this was tough, and while many recruiters and managers were sympathetic to my situation, a number of them thought me short-sighted and greedy. They were correct. The great news is, I’ve never looked back, and it was a lesson learned that will stay with me forever!

So learn from my past mistake, and using the tips above, take the time to assess whether the role, company and environment are really right for you.