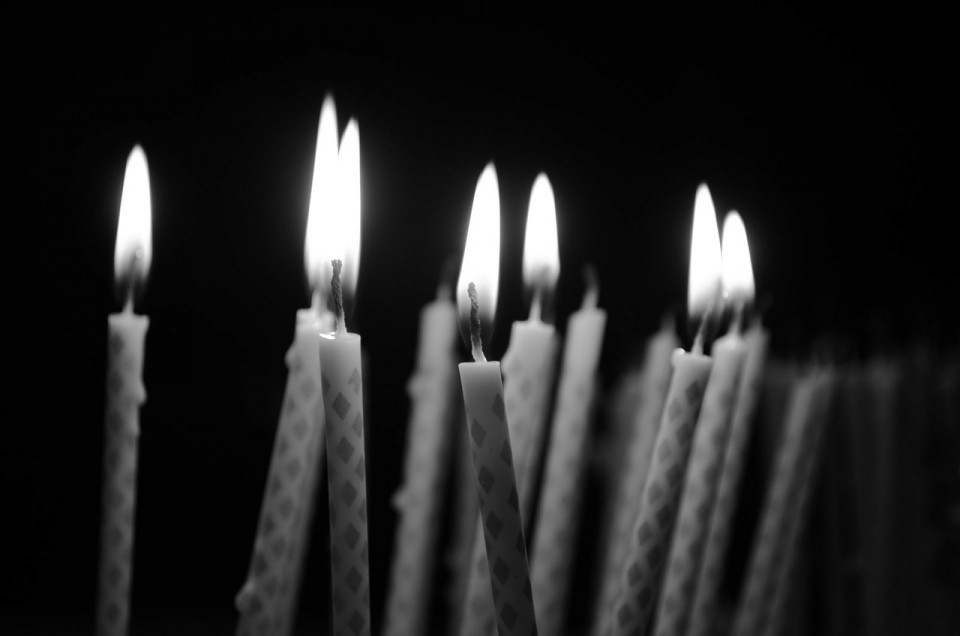 8 Sharp, Dynamic Women Born During the Month of November

The women on this list have demonstrated key traits that helped lead them to the top: ambition, drive, and determination. Holidays are around the corner, so continue reading for inspiration to hone in on these attributes for yourself as you get ready for the new year.
Anna Wintour (born November 3, 1949) 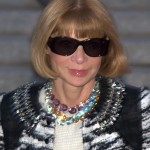 Often known for her signature look (a bob haircut and large dark sunglasses) and inscrutable personality, Wintour is one of the most influential voices in the fashion world.  When growing up, her father was an editor at the Evening Standard in London, and he often advised her about journalistic pursuits. As a teenager, Wintour’s interest in fashion blossomed and by combining her two passions, she took the magazine industry by storm.

A master of networking with a go-getter attitude, Wintour used her connections to succeed in her first real job in fashion journalism, as an editorial assistant at Harper’s & Queen. In 1975, Wintour moved to New York City with a short stint as a junior fashion editor before being fired, but nearly a decade later, was offered a position at Vogue as their first creative director. Although Vogue had ultimately been her dream job, she didn’t accept the position right away, opting instead to double her salary with stern negotiation practices. Once ensconced, her vision for the publication’s future began: she replaced staff and created a new, eclectic style for the pages of the magazine by featuring creative photo shoots and a mix of inexpensive clothes combined with high fashion.

For the last two years, Wintour has been the artistic director for Condé Nast, the media company that owns a number of publications, including Vogue. Her rise in pop culture fame is often credited to her alleged resemblance to a character in the bestselling novel (and widely seen film) The Devil Wears Prada.

Words of Wisdom: ”People respond well to those who are sure of what they want.”
Emma Stone (born November 6, 1988) 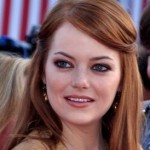 Stone stumbled into the Hollywood spotlight in 2004 on a VH1 reality show, The New Partridge Family. Originally from Scottsdale, Arizona, at age fifteen she had convinced her mother to move with her to California in pursuit of the Hollywood dream, and after winning the reality show, Stone was cast in TV roles before her breakout film role in Superbad (2007).

Since her film debut, Stone has starred in a number of films alongside seasoned actors and has received both Oscar and Golden Globe nominations. After her mother beat breast cancer in 2008, Stone requested that Paul McCartney draw two birds’ feet for her, since “Blackbird” is her mother’s favorite song.  His sketch can now be seen on her wrist as a matching tattoo she got with her mom.

Stone is the face of Revlon, a strong activist for the Stand Up to Cancer organization, and currently filming the musical comedy-drama La La Land with Ryan Gosling.

Words of Wisdom: “What sets you apart can sometimes feel like a burden —  and it’s not. A lot of the time, it’s what makes you great.” 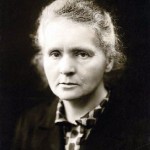 Curie was the first woman to win a Nobel Prize, an honor she would accept twice in her lifetime. She is one of the key innovators in the field and theory of radioactivity (a word she invented herself) and the founder of scientific elements: polonium and radium. Born to a large, bootstrapped family in Poland, Curie worked hard to afford a move to Paris in her mid-twenties, where she studied physics and chemistry.

During her early scientific career in Paris, she was introduced to Pierre Curie, who shared the same passions as her. He was her scientific partner until his abrupt death in 1906. Once on her own, Curie accepted a position at the University of Paris, becoming the first woman professor there. She aided in WWI efforts with mobile radiography units and the production of hollow needles to sterilize infections. Interestingly, her death from aplastic anemia in 1934 is thought to be caused by long-term radiation exposure; her documents, papers, and personal books are kept in lead-lined boxes and deemed highly radioactive today.

Curie lived a humble life void of money and fame. She often donated her awards and monetary achievements to institutions, and purposely left no patent on her radium isolation process, in order that ongoing research could be facilitated without boundaries. She was at the forefront of women in STEM,  and is one of the most famous female scientists in history. 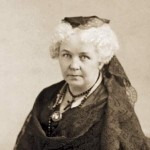 Stanton is famous for being a front-runner in the women’s rights movement during the 1800’s. Her outspoken views on women’s rights (custody, property, employment, divorce, and birth control to name a few) were ahead of the times.

Stanton was raised in New York with an attorney as a father who had a strong influence on her activism: her knowledge of the law made her realize that it favored men over women, a notion she set out to change. She also had the rare fortune while growing up of being well-educated in a formal setting alongside boys at The Johnstown Academy.

Stanton’s early activism took hold in 1848, when she helped organize the Seneca Falls Convention which  over 300 people attended. Three years later, she was introduced to Susan B. Anthony who became a lifelong friend and ally. Together they founded the National Woman Suffrage Association, where Stanton held the position as president for over twenty years. Though she died from heart failure before women were allowed to vote, her efforts forged the way for the freedoms women have today.

Words of Wisdom: “The best protection any woman can have is courage.” 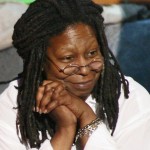 Goldberg is one of the few to hold the EGOT awards (i.e. an Emmy, Grammy, Oscar, and Tony) but before her fame, she was a high school dropout raised by a single mother. She was born Caryn Elaine Johnson and adopted her stage name Whoopi as a nod to a nickname she had; she’s been quoted, “If you get a little gassy, you’ve got to let it go. So people used to say to me, ‘You’re like a whoopee cushion.’ And that’s where the name came from.”

Goldberg was born and raised in New York City, where she started her theater career and eventually starred on Broadway where Steven Spielberg discovered her. She was cast as the lead in The Color Purple in 1985, a film that launched her into a Hollywood success. She has acted in over 150 comedic and dramatic films, has a star on the Hollywood Walk of Fame, is a regular host on the The View, and is a  great-grandmother.

Words of Wisdom: ”I am where I am because I believe in all possibilities.” 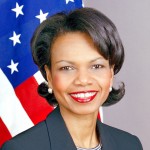 Rice was the second female Secretary of State, and the first woman to hold the title of National Security Advisor, a position she served under President George W. Bush. She grew up in Alabama during the racially segregated times of the South, and her father later served as an assistant dean at the University of Denver, which Rice attended to study music. After doubting her abilities to make music a career and enrolling in an International Politics course taught by Madeleine Albright’s father, her political interest peaked.

Time magazine has listed her as the World’s 100 Most Influential People, and she has appeared on a Forbes Magazine list as The #1 Most Powerful Woman in the World. She currently has a book on democracy that is rumored to be published by Henry Holt later this year.
Words of Wisdom: ”If you consistently worry about a glass ceiling you can’t break, you will be your own brake.” 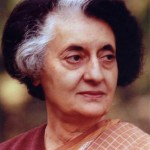 Originally inducted as Prime Minister of India in 1966 and serving until 1977, Gandhi was assigned the title again in 1980, winning a third term. She was the first and only woman in India to hold that title.

As an only child from a politically prominent family, she followed in her father’s footsteps, as he was the first Indian Prime Minister. She was a well-traveled and highly-educated woman, attending boarding school in Switzerland and studying history at Oxford. From her father she learned strong diplomatic tactics and how to lead with authority.

Unfortunately, her skills could not save her in the end: in the 1980’s a Sikh extremist movement formed in India, a group that Gandhi tried to suppress. Two of her bodyguards were secretly associated with the organization, and assassinated her point blank.

Words of Wisdom: “Forgiveness is a virtue of the brave.” 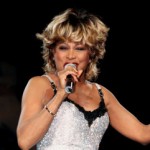 Born in Tennessee and raised a Baptist, Turner (birth name Anna Mae Bullock) grew her vocal cords and performance skills in the church choir. After a rocky childhood, Turner and her sister started their adolescent lives in St. Louis, Missouri where she met Ike Turner at a nightclub.

He took her under his wing, teaching her voice control and performance tactics. In 1960 their duet hit “A Fool in Love,” became a national sensation, resulting in a Grammy nomination for both of them. However, Ike and Tina, though a musical success, had an unhealthy, abusive marriage that ended in divorce.

Turner later began a highly successful solo career in 1977, and gained mainstream success throughout the 1980’s. She is an eight-time Grammy award winner, has adopted Buddhist values, is remarried, and now a Swiss citizen.
Words of Wisdom: “Whatever is bringing you down, get rid of it. Because you’ll find that when you’re free, your true self comes out.”

Happy Birthday, November ladies! As the weather turns chilly and the skies grow gray, use the strength, intellect, and your admiration of these women to keep looking towards 2016.