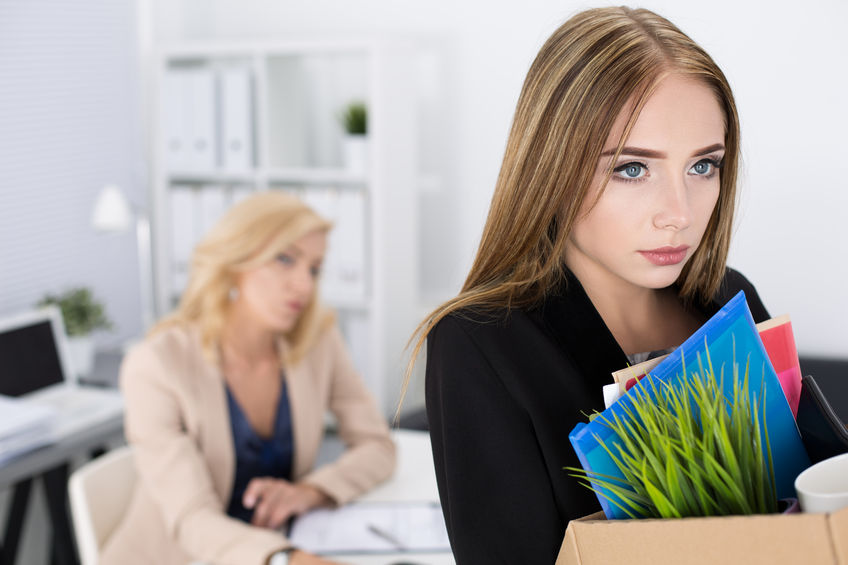 Got Laid Off, Now What?!

Getting laid off is no fun for anyone involved. Not only does it feel terrible for the person being let go, but the team left behind is also affected. They lose their colleague and potentially, even worse, their leader. Added to this is the fact that for the employee, it’s frustrating not being able to leave on their own terms.

The first time I got laid off a few years ago, I was a wreck. My company had recently been acquired, and the new ownership was eager to replace everyone with their chosen people. Despite the fact that the business unit I owned was generating substantial amounts of revenue and had incredible month-over-month audience growth, I was the first to be let go. My four direct reports sobbed as I told them the news. I had poured my heart and soul into that role, and I felt deceived. But as a family member informed me, “It’s not your company and, unfortunately, they don’t owe you anything.” I winced.

It was a harsh moment, but I gleaned some much-needed perspective. There was nothing to do but look forward. I was recently laid off again, due to budget cuts at the struggling startup I was working at. Here are the lessons I learned the first time around:

Don’t Take it PersonallyWhen you lose your job, it’s difficult not to take it personally. For many, a job is a big part of your identity and self-worth. The reality is, layoffs often happen for reasons out of your control as an employee. Perhaps they hired the role too soon. Perhaps they need to severely cut the budget to stay afloat, so they chose to cut the highest-paid executives. Perhaps they hired for consumer-facing business, but now are shifting to a B2B focus.

Let Your Network KnowSound the alarms! Your network will answer the call. Social media is a great place to let friends and family know you are seeking something new. Reach out to all of your former bosses, ask your recent colleagues for LinkedIn recommendations right away, and connect with recruiters in your industry. And don’t forget about friends! They have your best interest in mind and are always happy to help, whether it’s passing your resumé along or connecting you to someone else in their network.

Worker Wisdom: You are a hot commodity, now available and ready to have conversations with anyone and everyone.  So make a plan to use multiple conduits, as above, to get the word out

Take Time Off to ReflectIn a recent moment of anxiety, I sighed, “This is such a drag, what am I going to do?” To which my former colleague empathetically told me, “Everything is going to be okay. Take three days to not think about responsibilities and clear your mind — then start your search afterwards.” It struck me. My impulse until then had been to dive in immediately, frantically, to find my next role.

But what was three days, really? Even if you don’t have a lot of financial runway, there are still plenty of options to escape what was once your daily routine. Yoga at 11 a.m., snowboarding on a Tuesday, hitting the latest exhibit at your favorite museum midweek, or grabbing a cheap flight to see family are all things you usually can’t do when working full time.

Worker Wisdom: Take advantage of the time off so you can reset and center yourself. An epiphany or two may occur, such as:

Be BoldA job search is a daunting task and a full-time job in itself. Sure, there is a lot you can do from behind a computer screen. But step outside the box. Reach out to recruiters at companies you are interested in (hello, LinkedIn). Go to networking events and industry meetups. Talk to people, everywhere! SXSW and other conferences/industry forums offer tons of opportunity to chat up people while waiting in line.

Worker Wisdom: Stop gluing yourself to your phone and introduce yourself. Don’t be shy. You never know which connection is going to help you land your next role.