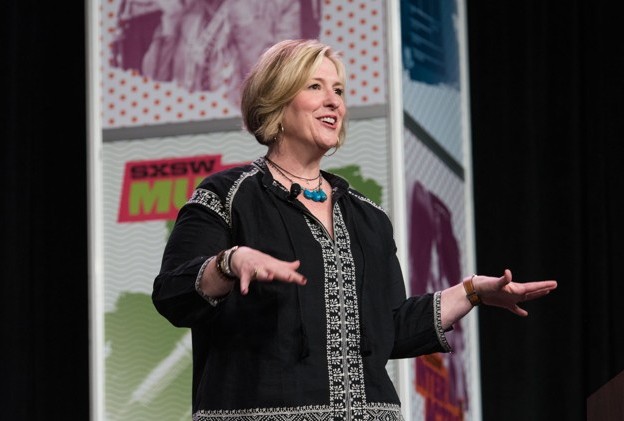 Insights from Dr. Brené Brown During Her SXSW Keynote on “Daring Greatly” & Embracing Failure in Order to Succeed

Whether you know it or not, when you put yourself out there in the professional realm, you are daring to succeed or fail. It’s the failing part that’s scary. Failure sounds like such a final word, doesn’t it? But in fact it’s not final, it’s only temporary; however, because the word sounds so conclusive, we tend to avoid the possibility of encountering it at all costs. Does that keep you from stepping up to the plate at work? It might take an encouraging word from a stranger to give you the boost you need to get back out there and try, try again. Dr. Brené Brown could be that stranger for you.

Dr. Brown recently spoke at SXSW 2016 and provided insightful ways to deal with shame and failure. She is a research professor at the University of Houston Graduate College of Social Work, and has spent the past thirteen years studying vulnerability, courage, worthiness, and shame. Her topic for the evening was “Daring Greatly,” in keeping with her famed 2010 TED Talk. She was inspired by the famous, rather poetic Theodore Roosevelt quote in his 1910 “Citizenship in a Republic” speech: “The credit belongs to the man who is actually in the arena…and who at the worst, if he fails, at least fails while daring greatly, so that his place shall never be with those cold and timid souls who neither know victory nor defeat.”

She started the session asking the question, “Do you ever imagine what people say about you when you walk out of a room?” If what you imagine is not good, positive or uplifting, that’s called shame. And as she noted, “Because you choose to put yourself out there every day, you risk shame and failure.”

The good part about failure is that it often exists so that we can learn from it; in fact, failure, and the subsequent insights about what went wrong and how to improve it, can lead directly to success the next time around.  Putting it like that certainly sounds better than its counterpart that tends to come with it: shame. (Nobody ever said that shame leads to success, or that you can learn from your shame!) However,  vulnerability, specifically choosing to make yourself vulnerable by pushing yourself out of your comfort zone, can also often lead to success, often via the detour of failure. Dr. Brown went on to explain how it all comes down to this one concept, vulnerability, and why it is important to fully incorporate an understanding of it into our lives.

Vulnerability Can Lead to Success

According to Vocabulary.com, vulnerability is “The state of being open to injury, or appearing as if you are.” During her talk Dr. Brown noted, “Vulnerability is not weakness. Starting your own business is an example. It is the most accurate measure of courage. If you have no tolerance for failure, you will not create anything.” Why? Because it takes creativity to start a business – and creativity is stifled if you fear failure to the point that you play it safe at every turn.

Another instance where one can feel vulnerable is when seeking feedback from friends, family and colleagues. Everyone loves to hear positive feedback about their original ideas, but negative feedback, (aka “constructive” feedback), can often times take a personal toll on the person seeking it. Dr. Brown keenly noted that it will always hurt when you get negative feedback, and it should. “If it doesn’t hurt anymore, then you have a bigger problem, because losing your vulnerability means losing your realness.  But just watch whose feedback you take — don’t take feedback unless they are out there getting their rear end kicked every day, too!”

The opposite of vulnerability is being strong, safe and secure. And by making yourself vulnerable and overcoming some of your greatest fears and obstacles, you can in fact gain strength, safety and security.  But as Dr. Brown noted, it’s important to seek guidance along the way from those who have experienced failure, vulnerability and the struggle to succeed. Even so, while their feedback may guide you, it’s crucial to stay true to your story and not get lost along the way.

Staying true to that story may involve – again – vulnerability.  As Brown explained: “Experiencing vulnerability isn’t a choice—the only choice we have is how we’re going to respond when we are confronted with uncertainty, risk and emotional disclosure,” she says. Laying out a roadmap for change, Dr. Brown advises eliminating blame and shame from work. At the same time, she explores what drives people to feel vulnerable and how to address common coping mechanisms. But the core of her message is understanding the difference between guilt and shame, and developing “shame resistance.” Brown’s theories have readers considering what steps they would dare to take if shame and fear were not present, starting with building their own story.

Be Brave and Embrace Failure on Your Journey to Success

Lastly, in quoting her 2010 TED Talk, which had over 25 million views, Dr. Brown stated, “The bravest among us will always endure heartbreak.” Wise words – after all, true success rarely comes without failure. Some of the most successful professionals note that they learned the most from their defeats, and were most successful when they were the most scared.

So, if you were turned down for a promotion or failed at a business venture, reflect on what Dr. Brown said: “We choose to fall when we put ourselves out there. Just make sure what you’re doing is worth getting hurt over. We must recognize and acknowledge our emotions, rather than denying them. It doesn’t help to offload them by acting out, shutting down, or getting hamstrung by shame.”

It all comes down to this: the same thing that is probably holding you back from starting your own business, going for that promotion or asking for a raise is: daring greatly.  Vulnerability makes most people uncomfortable, but daring to fail is the only true way to be wholeheartedly engaged in any aspect of life.