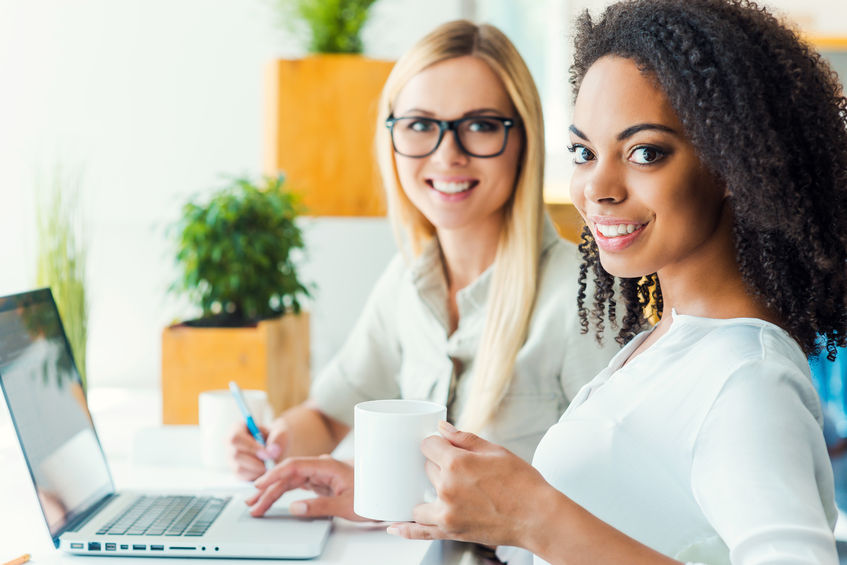 Authenticity at the Office

It’s obvious that shining a single pen light on a dark path absent of signs, pavement, or a navigation app isn’t an effective way to travel. Yet this is what most employees do each day with their careers; neither men or women receive a handbook for navigating their professional paths or the unwritten rules of most corporate cultures.

However, the difference between how each gender fares in this realm may be a result of generations of men working outside the home before women joined them in corporations. Why would this be a factor?  Because those early generations laid the foundation for the culture and rules within companies.  Decades later, many women still express surprise, frustration, and emotional hurt when they hit a barrier or fall off of their desired career path – all because they are still using their female lenses to navigate a male-designed system. What they fail to see is the missed subtle rules that most men don’t even fully understand, but seem to instinctively know.

In an era of digital and texting where everything is expected instantly, answers women seek cannot be found in a single action or silver bullet.  Some may throw in the towel and give up, while those who are really committed to a better life for themselves, and leaving a great legacy for future generations, should openly seek tools (self-awareness, peer and mentor relationships, and a spirit of learning) to bring in more light to the career woman’s path.

It’s also worth it to consider some of the uplifting messages that were shared at the Professional Business Women of California’s Conference this March, titled Changing the Game:

Breaking down Barriers by Connecting

Some messages that stood out from this year’s PBWC Conference like beams of light for the route of the professional woman:

Justine Siegal, Pro Baseball CoachAfter describing her unbridled passion for playing baseball, she recalled what it was like being the only female ballplayer in an otherwise empty women’s locker room.  Looking directly at her audience, she stated, “I was there, waiting for others to join me.”  Her willingness to be vulnerable and reminder to others that there are people out there who will help is important.  It also expresses an authentic feeling of the aloneness that many woman feel during their careers.

Judy Smith, Crisis Management ExpertThis speaker provided a wry, whimsical anecdote about the confluence of the professional and the personal: on a business engagement with the King of Saudi Arabia following the September 11, 2001 attacks, Ms. Smith described being in his palace with Barbara Walters preparing for an interview. Working on the other side of the globe she suddenly remembered, “TODAY IS MY DAY TO BRING SNACKS TO MY SON’S CLASS!”  Panicked and concerned with being judged as a bad mother, she discreetly stepped out of the palace room, contacted her childcare provider, and made a plea for her to purchase Capri Sun drinks and cookies (they aren’t really cookies but kids think they are cookies), and get them to the school.  The story was a humorous reminder that, whether working with kings or scrubbing floors, the struggles women experience are not unique — and that no one is alone in solving a problem.  There is power in sharing struggles, building connections, and showing support.

Look Inside to the Authentic Self & Voice

Consider why children demonstrate the greatest degree of authenticity and an enthusiasm that most adults lose.  Perhaps the process of navigating life’s events and maturing causes grown-ups to lose touch with their authentic best self, and the small pen light (i.e., our inner compass) goes dim.  Investing time to find and reconnect with that authentic voice is a start.  Reading The Nibble Theory and The Kernel of Power by Kaleel Jamison is a short, easy, thought-provoking read for anyone focused on that mission.

Another avenue is to consider the words of PBWC Conference speaker Wendy Wallbridge, consultant and author. Wendy invited her audience to jot down two perspectives on a personal goal.  The first perspective, which voices doubts, criticisms, and misleading thoughts, comes from a false self/ego; the second perspective, which, like a best friend, assures, uplifts, guides and encourages, comes from a voice of a true self.  Participants were asked to reflect on the voice of the false self, and how it holds them back.  It reminds women – and maybe everyone — that they can lose their power by giving more energy to the critic than the supporter in their own heads.

Shining the Pen Light in the Same Direction

What each of these speakers, in their own unique way, reminded the audience was that women are not alone on their journey. Corporate cultures can seem cold and hostile, but it is when women come together and “shine their pen lights” in the same direction, illuminating the path for themselves and others, that they change the game for the generations to come.