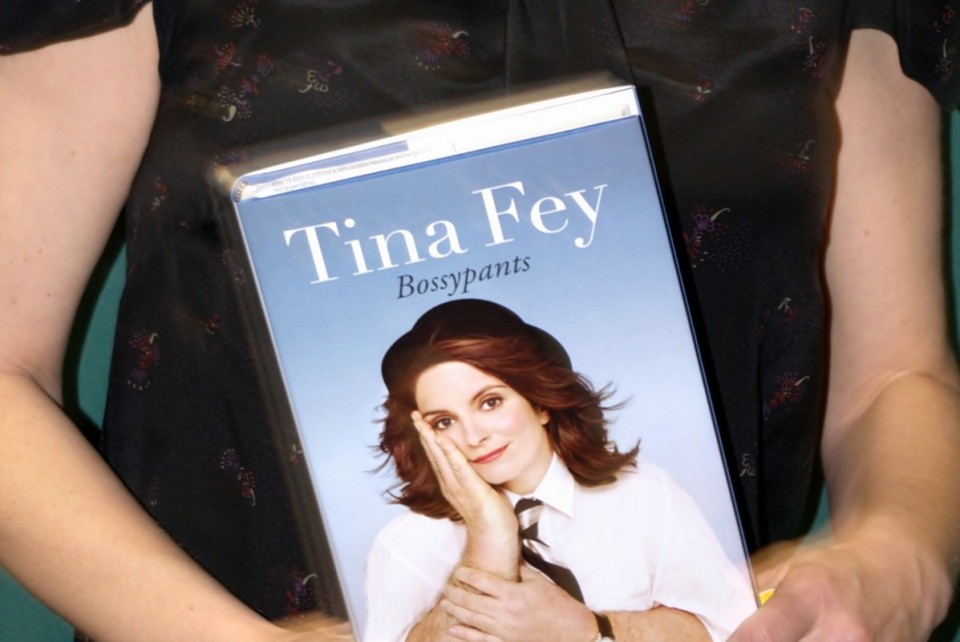 The bookstore is full of career books for women, and it can be challenging to glean meaningful advice amid the seemingly endless clichés about being assertive, networking, and “dressing for the job you want.” (That last gem is my least favorite.)

I read a lot of these books. You, however, only need to read one. No, it’s not Lean In, or Nice Girls Don’t Get the Corner Office, or Why Women Can’t Have it All. Instead, read Bossypants, by Tina Fey. It was published five years ago this month, and in honor of its “book birthday,” I am sharing some of the best lessons and quotes from its pages.

Surprisingly Serious Lessons on Leadership — from an Expert on Laughter

1. I immediately related to Fey’s observation that people assume it is challenging or “awkward” for a woman to be the boss. In fact, she says, women don’t have to buy into this assumption, or be uncomfortable at all about being in charge. What is most refreshing about this is that Tina Fey has become a leader (a multi-hyphenate actress, writer, producer, and awards show host) by being herself, in a field (entertainment) that has few female “bosses”. Enlightenment from Fey: Her advice comes down to the idea that women do not need to change themselves in order to lead. This is an inspiring lesson for all career women.

2. She also notes, “When faced with sexism or ageism or lookism or even really aggressive Buddhism, ask yourself the following question: ‘Is this person between me and what I want to do?’”  Women in the workplace, especially aspiring leaders, face enough bias that it is not possible to fight all the time. Thus, her question can be useful in deciding how to deal with a biased person or situation. The point is, if it won’t materially affect your progress, move on.Enlightenment from Fey: This advice has two very important lessons for women in the workplace: (a) Your emotional energy is finite, so spend it wisely; and (b) Focus on bias only if it hinders your progress.

3. “If your boss is a jerk, try to find someone above or around your boss who is not a jerk.” A more senior mentor or champion can be the ally you need, and finding and cultivating that relationship is far more productive than stressing about a non-supportive boss.Enlightenment from Fey: We all know how much time and energy can be lost worrying about a challenging supervisor, so it is useful to remember not to focus on it. This is not only good advice for women seeking to advance, it is also good practice for senior women to remember to notice and champion women who work for jerks; you could be the person who helps them through a difficult time.

4. Fey also talks about focusing on a “neutral proving ground” – such as your sales totals — to objectively demonstrate your worth, rather than putting effort into changing others’ opinions about women in general, or you in particular. Some fields have obvious proving grounds, like productivity totals, while in other types of work, metrics for success can be opaque.Enlightenment from Fey: It behooves everyone to identify and monitor her work’s proving ground, and focus on that.

5. A lightbulb moment for me in the book is when Tina Fey describes Amy Poehler saying to a (male) colleague, “I don’t care if you don’t like it.” This may not seem applicable to an office workplace, but it is a key shift in perspective. Often, pleasing our co-workers and doing a good job are not synonymous, and we can tend sometimes to prioritize keeping colleagues happy in the short-term, rather than achieving our own career goals.Enlightenment from Fey: Of course it is important to be a team player, but likability is not the endgame at the workplace.

6. Another important lesson from Bossypants is about the value of women colleagues. Fey talks at length about how life at Saturday Night Live changed when Amy Poehler joined the cast. She was succeeding brilliantly before, but having Amy Poehler there made all the difference.Enlightenment from Fey: For me, this section casts the difference between a network and a friend into stark relief. A network buddy can share opportunities, but a friend can share burdens. This makes life at work so much more bearable. Applying this to working women more broadly, this means we should take the time to cultivate real friendships at work. These authentic relationships lead naturally to real collaborations, like the epic SNL skit where Amy Poehler plays Hillary Clinton and Tina Fey plays Sarah Palin.

7.  Fey describes playing Sarah Palin on SNL while simultaneously producing the 30 Rock episode in which Oprah guest stars – all the while planning her daughter’s birthday party. She comments that all three of these had equal importance in her mind.Enlightenment from Fey: Most of us won’t have such public, high-stakes work demands, but for all working moms, birthday parties and piano recitals can often loom just as large as our biggest career moments. Clearly, her focus on her home life has not held her back, and I love that.

Lastly, Fey herself says in the introduction that her career advice for women is: “No pigtails, no tube tops. And cry sparingly.” This is hilarious, obviously, but I also find it very freeing. There may seem to be many minefields for women in the workplace, but there are many paths to success, even for those of us who cry sparingly.